Cooper woke up at 3:35 am and tiptoed to our bedroom where he stood at my side of the bed staring at me until I opened my eyes and almost shrieked with terror.  It is really creepy to be woken up by the weight of someone's eyes and the sound of raspy breathing even if that someone turns out to be adorable.

Ben took Cooper to sleep on the downstairs couch after he expressed disapproval at the suggestion that he go back to bed.

Until I discovered that she never actually went back to sleep and Ben brought her downstairs at 5:45, meaning he was pretty much up with the kids from 3:35 on, and I slept upstairs like an oblivious asshole.  Oops.

At dinner tonight, we went to our favorite pizza place and sat downstairs by the grubby playroom.  COOPER WAS IN HEAVEN.  He ended up playing with a random 3-year-old (I am guessing the kid's age based on size) all through dinner, stopping only for a bread stick.  He ate his pizza in the car on the way to the grocery store.  And even though he has a speech delay, he did a great job interacting with and communicating with his playmate-- such a welcome thing to see as preschool looms on the horizon. 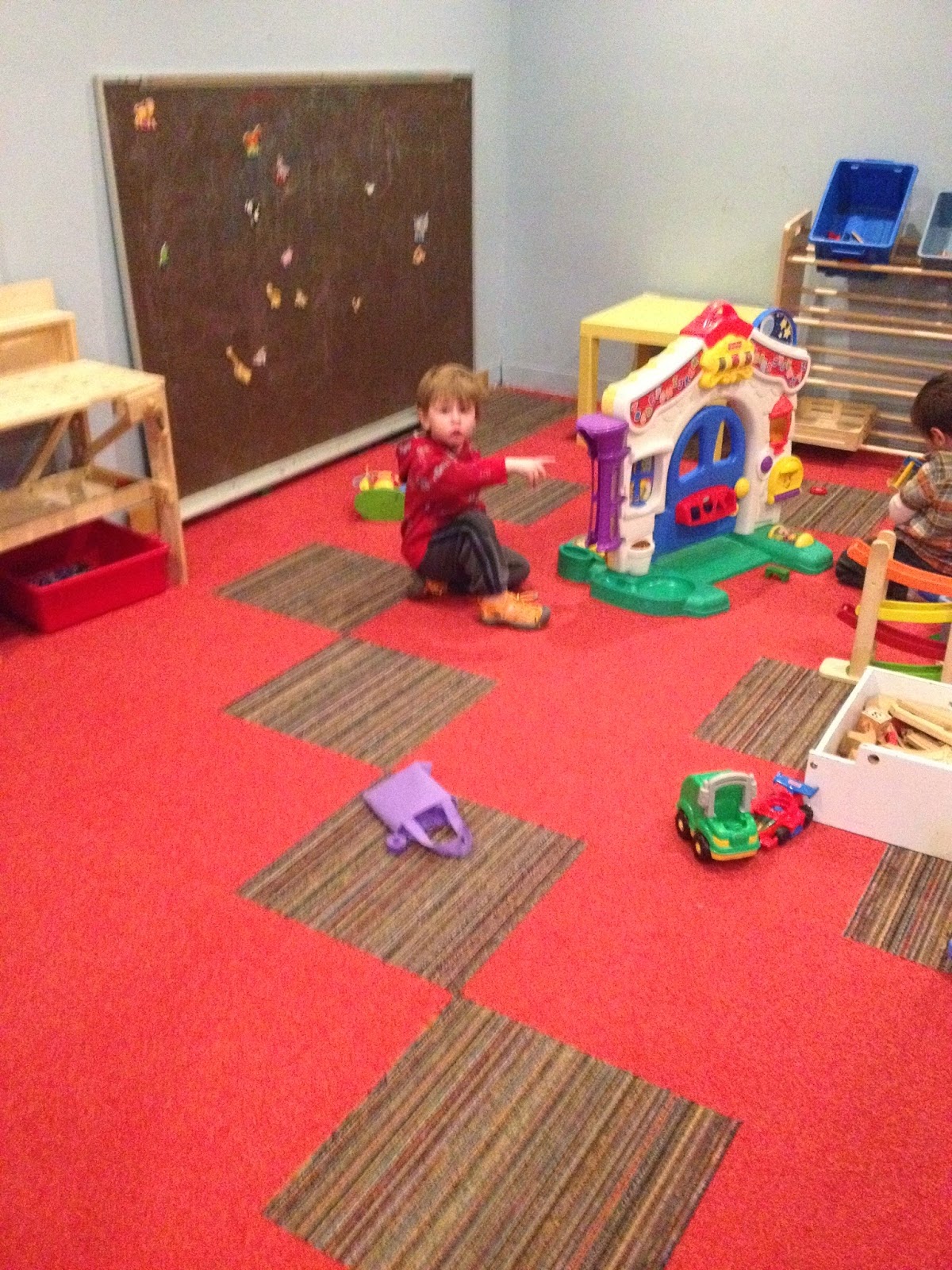 Babysitting!  They both thought this was hilarious. 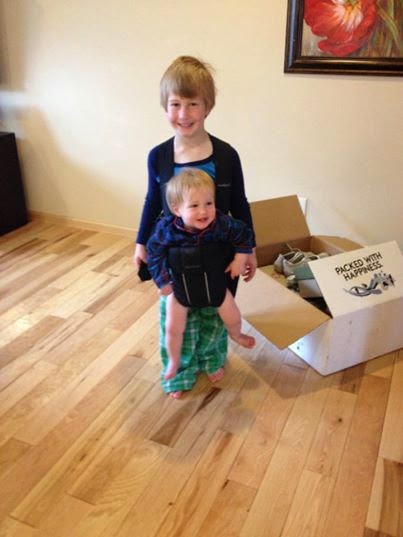 Dorothy is not even as tall as her stroller, but you guys!  She is getting SO BIG.  She is starting to nurse less frequently, and I bet it won't be long before we can get rid of the big old recliner in her bedroom.  BUT WHAT ABOUT THE NIGHT WAKINGS?  Maybe she is hanging onto them for nostalgia's sake. 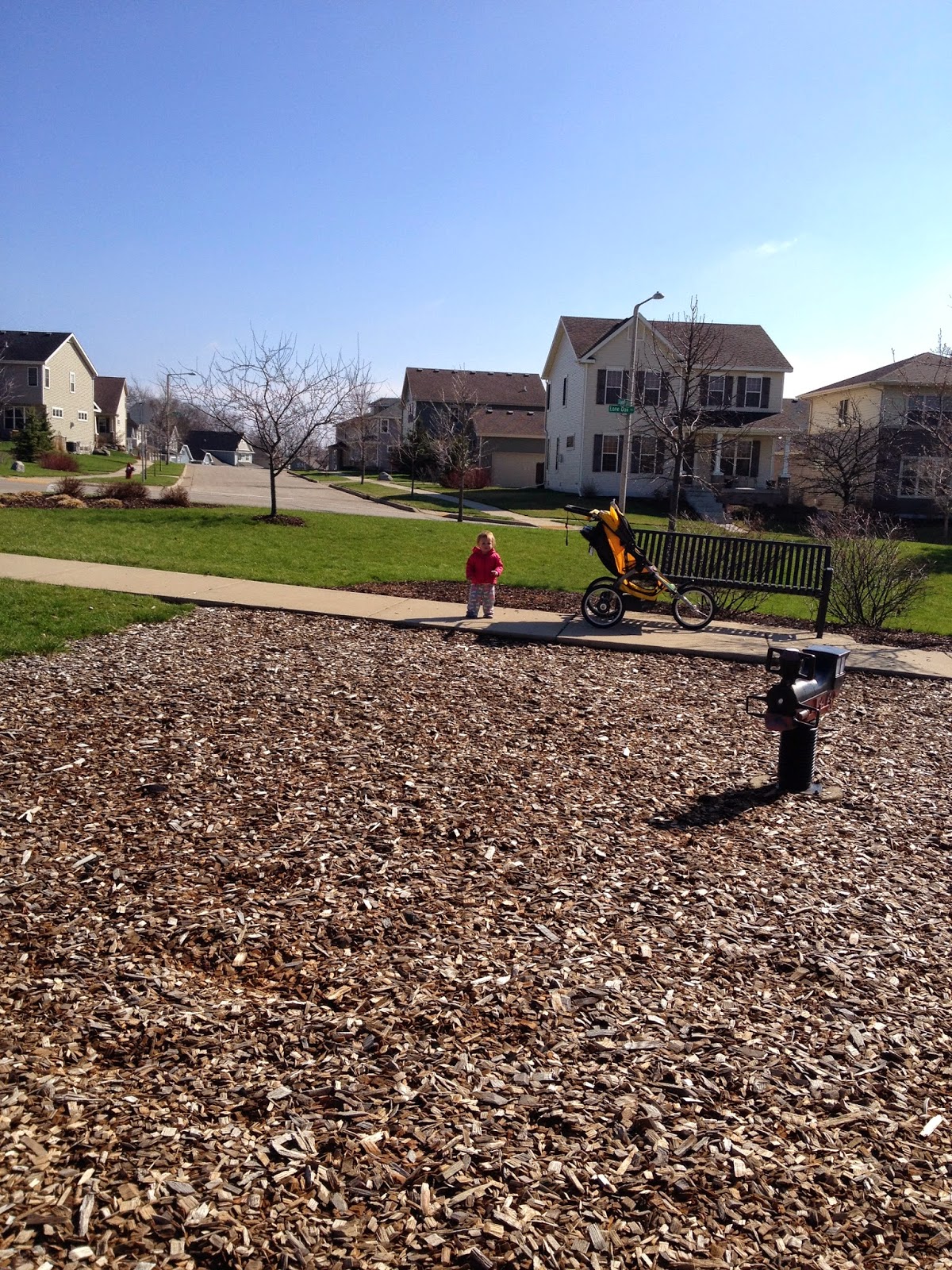 Found this picture in my photo stream just now.  She's so squishy. 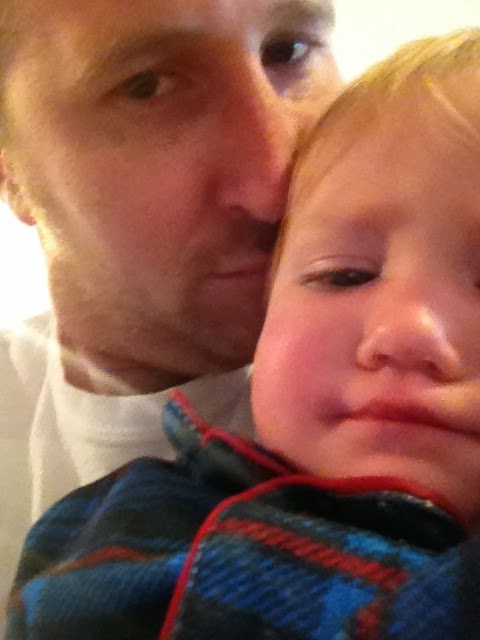 Night wakeups are killer. Yay for restaurants with playrooms.