The boys have been excited for April Fools' Day for a couple of weeks. They are little pranksters and enjoyed their frozen milk and Cheerios yesterday morning (we actually forgot to replace Cooper's with real food, and he was totally cool with it. Digging those Cheerios out of his bowl kept him happily busy), and they froze a cup of coffee for me on the 31st and were delighted when Ben served it to me Fools' Day morning. I started their day on a traumatic note, though, when I ran downstairs and interrupted their fresh-out-of-bed cartoons by telling them they were late for school. Jack started crying because he was afraid he wouldn't have time for breakfast. Oops. After they ate, they ran downstairs to get dressed, and Harry screamed, "I'm upstairs." Then he threw a fully-clothed stuffed monkey up the stairs, which was genuinely funny.

Cooper has the cheesiest picture smile these days.  I love it.  It is my second favorite thing about him right now.  My favorite is the way he says "eggs."  His lisp is epic.  He is also so sweet to his sister. She is terrible to him-- in the bath tub last night, she hit him in the head and face so much that he finally put his little head in his hands and cried, but he never hit her back.  He just kept saying "Nononono Dorothy" and wagging his finger.   I think preschool is going to be so good for Coop next year because right now?  He only gets dressed like 3 days a week.  The rest of the time, he is all about jammies and dress up clothes and why not?  HE NEVER GOES ANYWHERE besides once-a-week Little Gym and the grocery store on Saturdays.  (But preschool is only 2 days a week for 2 hours a day, so maybe he'll still  be leisure suit Cooper.) 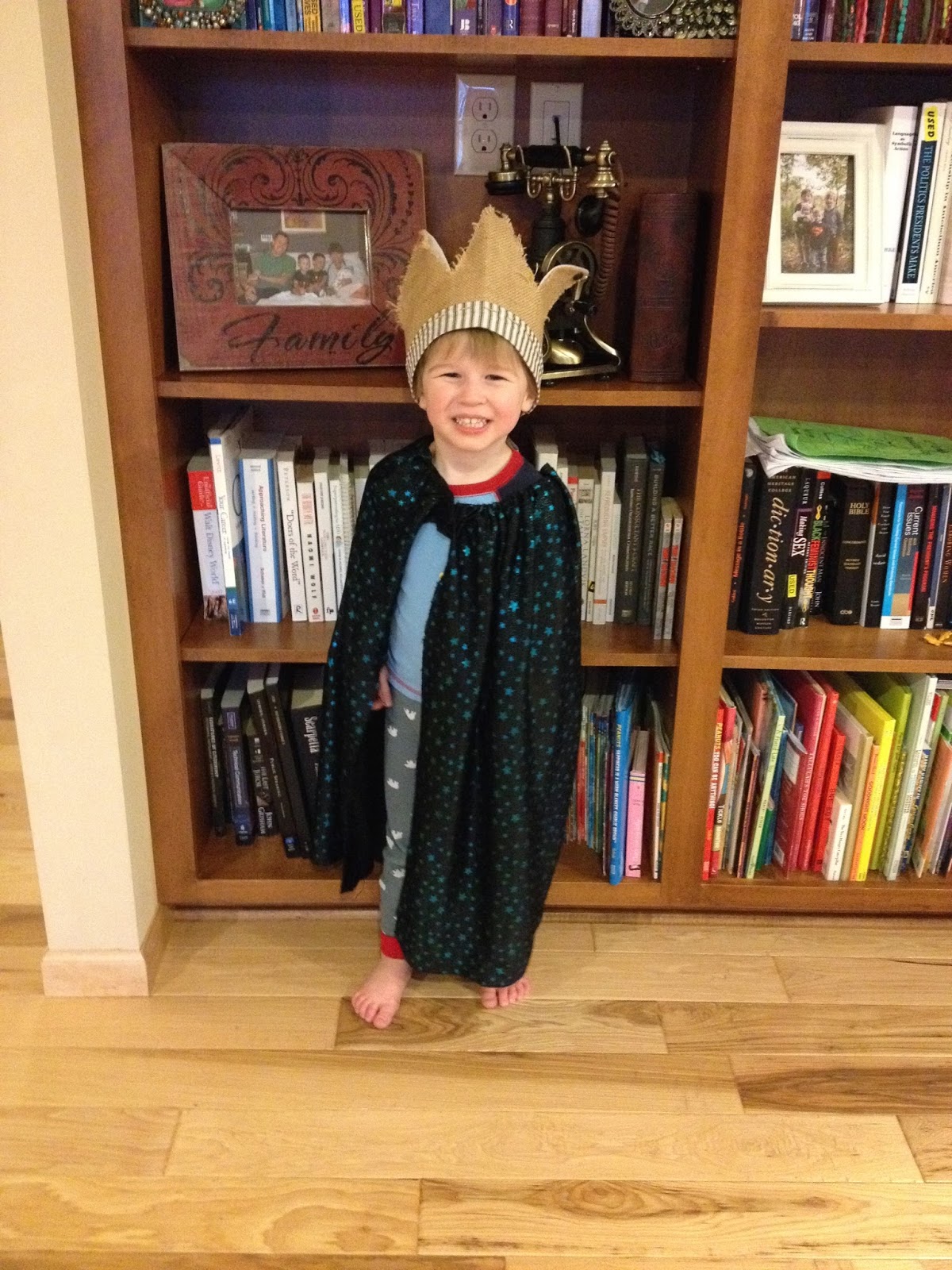 I am thisclose to giving up on my hair-- it is going through a truly awful stage, and I look like a Duggar.  I'd like to think one of the cute daughters, but probably more like Michelle because my postpartum hair loss and regrowth has given me a despicable hairline and some really strange broken layers.

Harry and Jack are so thrilled to be able to go outside again after our long, cold winter that we never see them.  They come home from school, throw their back packs inside, grab a snack (yesterday, from the look of the kitchen, they seem to have eaten a handful of peanut butter and some cookies.  I went to pack lunches last night and found the cookie box ripped open and smeared with full-on peanut butter paw prints-- like all five fingers and the palm), and play outside until dinner, rounding up their favorite neighborhood friend to join in.  They eat dinner quickly, and then they are back outside until shower time where they leave a ring of filth in the tub and grubby hand prints all over the walls.  It's great!
Posted by Sarah at 9:00 AM

We are LOVING all the outside play too. The image of the cookie box with the peanut butter handprint is killing me.

Your April fools sounds like so much fun. I love how you guys do holidays.