Dorothy found a candy bar in my purse (and really you guys, if I didn't carry a bag of mini candy bars around in my purse MAYBE I COULD LOSE THIS BABY WEIGHT.  We are going to get to the point where I actually have to have ANOTHER BABY so I can have the excuse of/ can keep calling it baby weight.  Gah.), and she worked so hard to unwrap it and was so sad when I took it away that I gave it to her.  MOTY.

Look at those sad eyes and tell me you wouldn't have given it to her, you MONSTER. 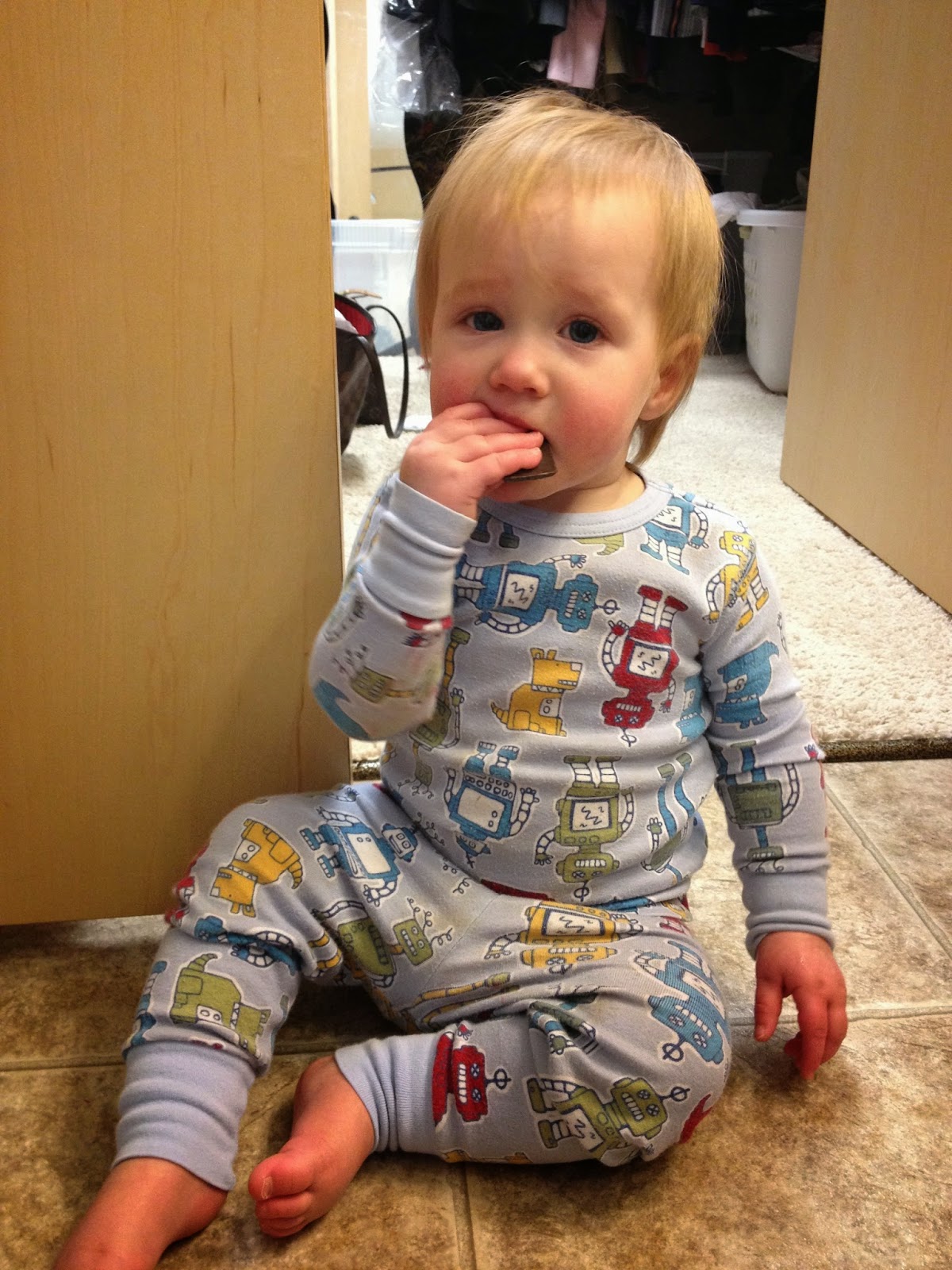 She had a two-bite cupcake the other night because, as we previously discussed, MOTY, and she was so dainty with it-- ate a bit of frosting and put a little more in her hair. 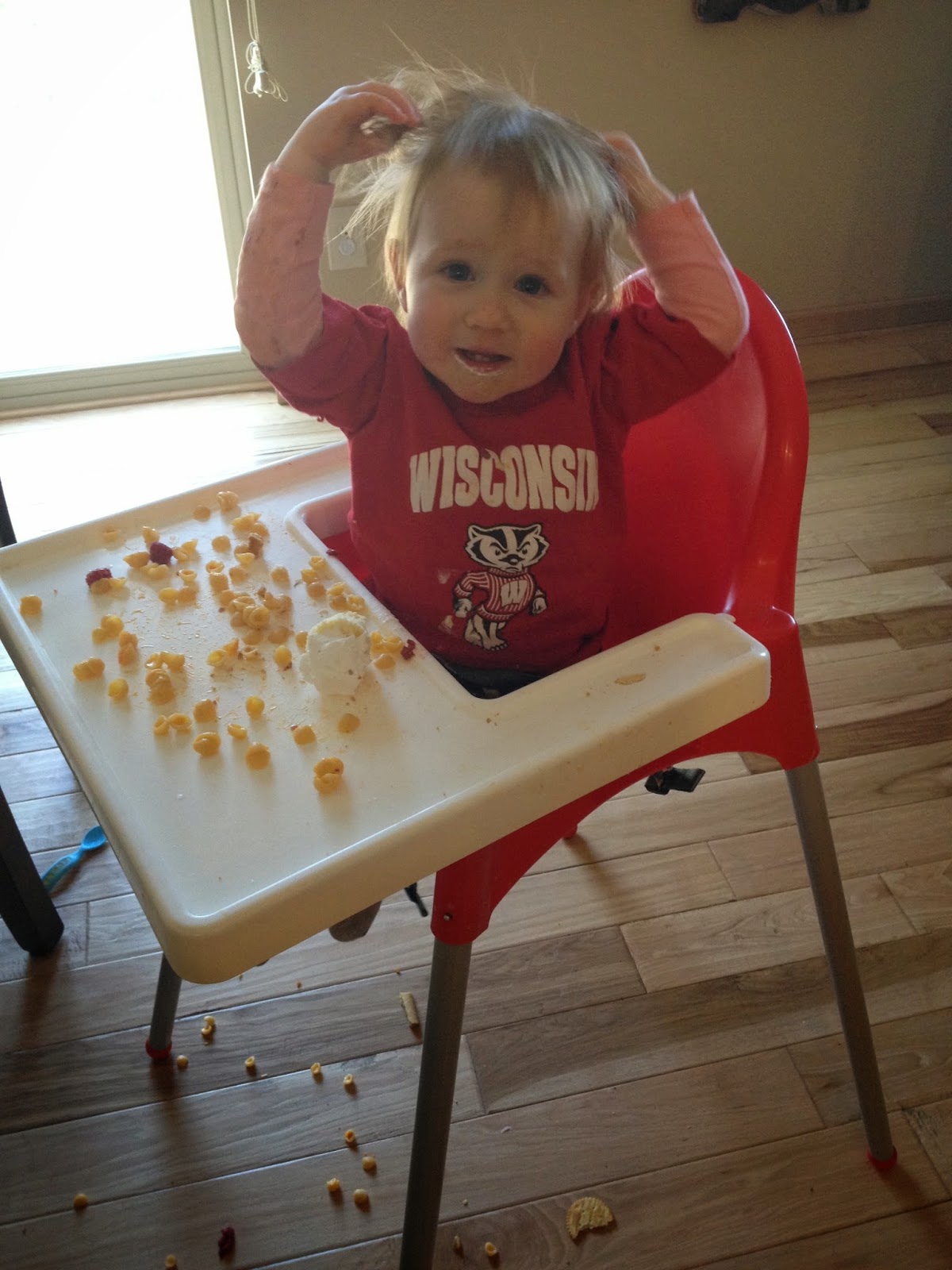 So we gave her one last night when the boys had some.  Um.  RAVAGED. (See the shredded napkin under her chair-- that's her new thing-- she blows her nose and then tears the napkin up and scatters it.) 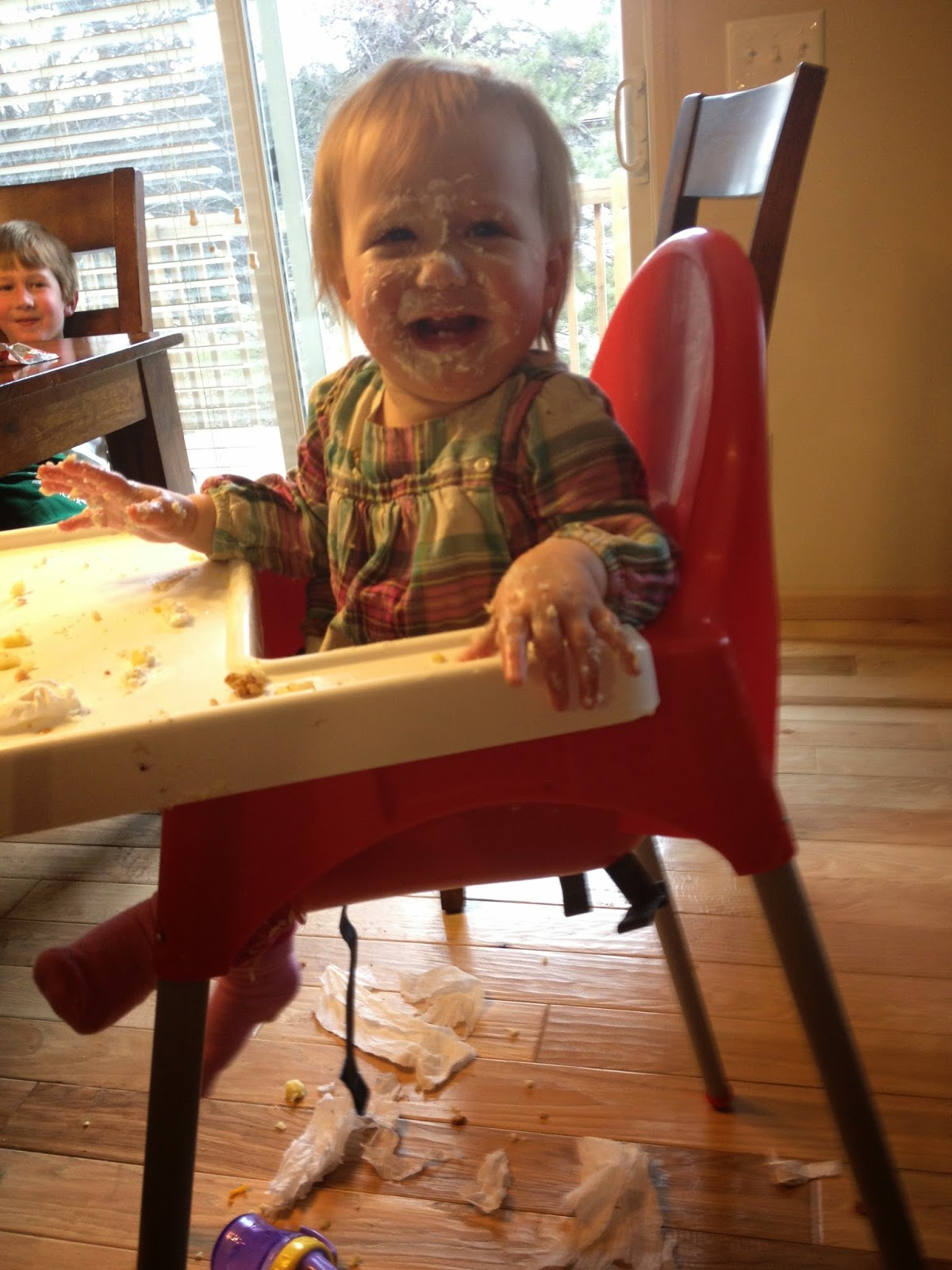 I cleaned the house most of the day yesterday.  And then we unleashed a pack of wild animals on the kitchen to make and eat dinner, and then bam!  Instant squalor: 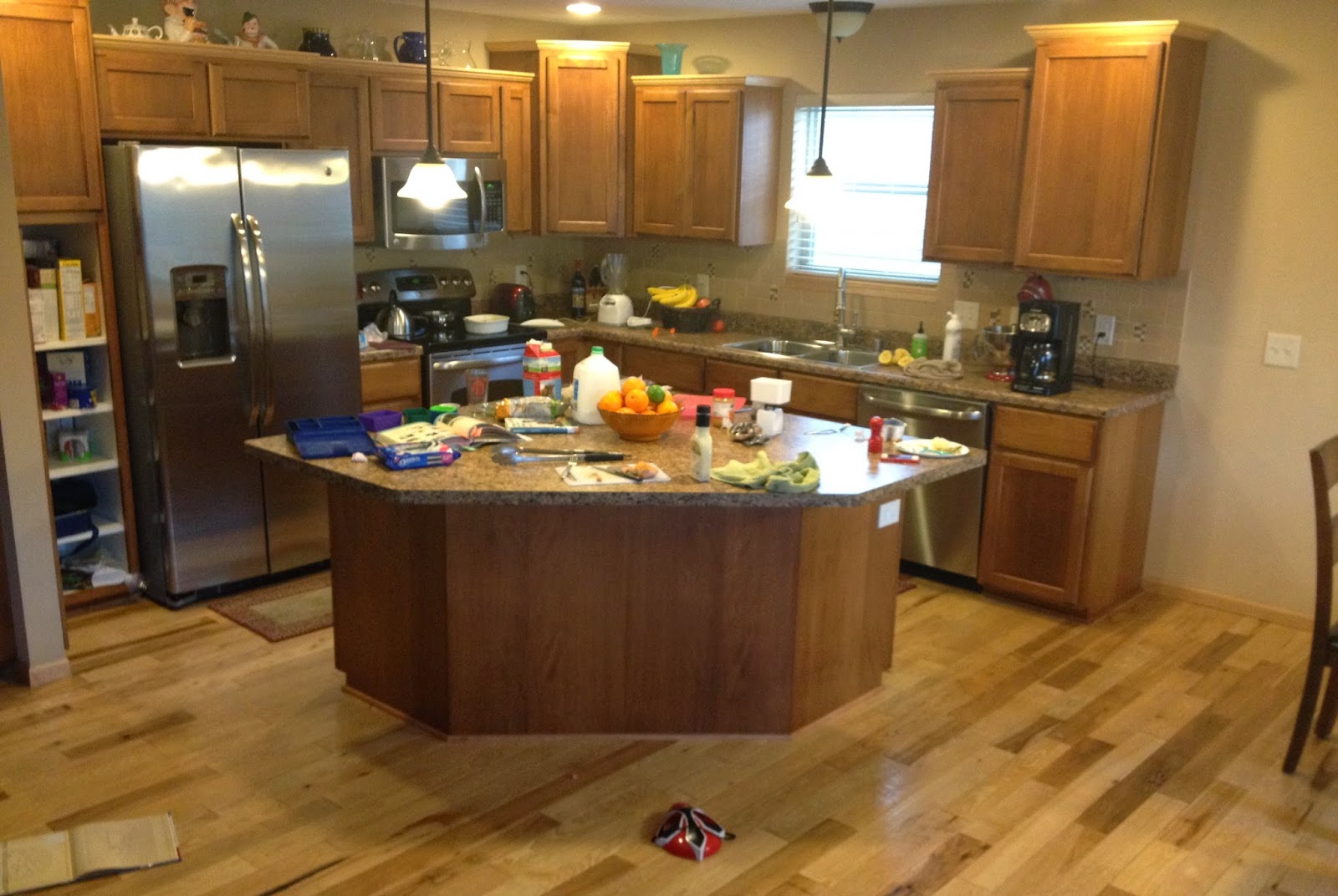 Clothes, 50-lb bags of salt, all strewn about 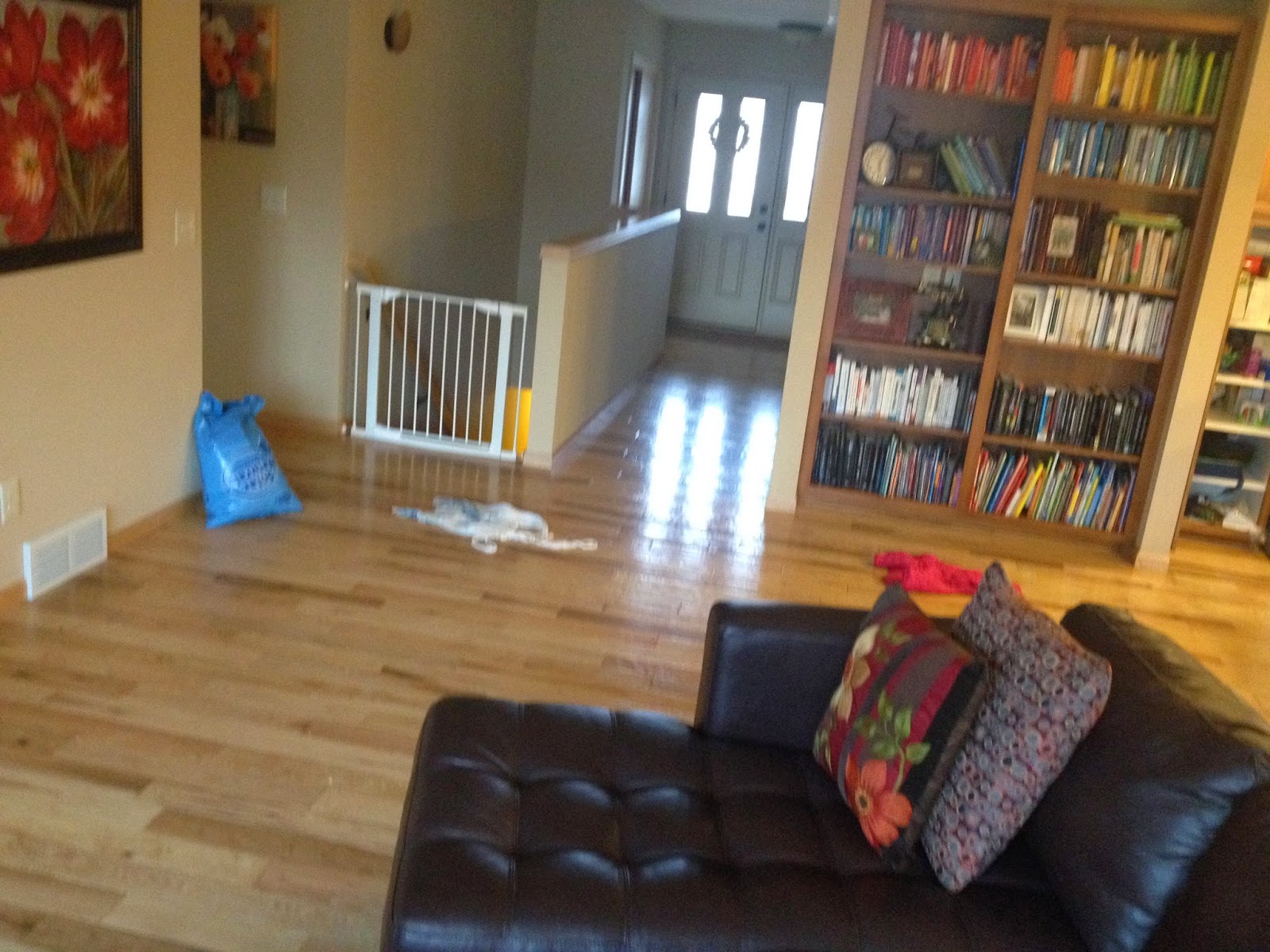 And then the family of wild dogs was apparently RAPTURED UP as soon as they finished gnawing their last bites. 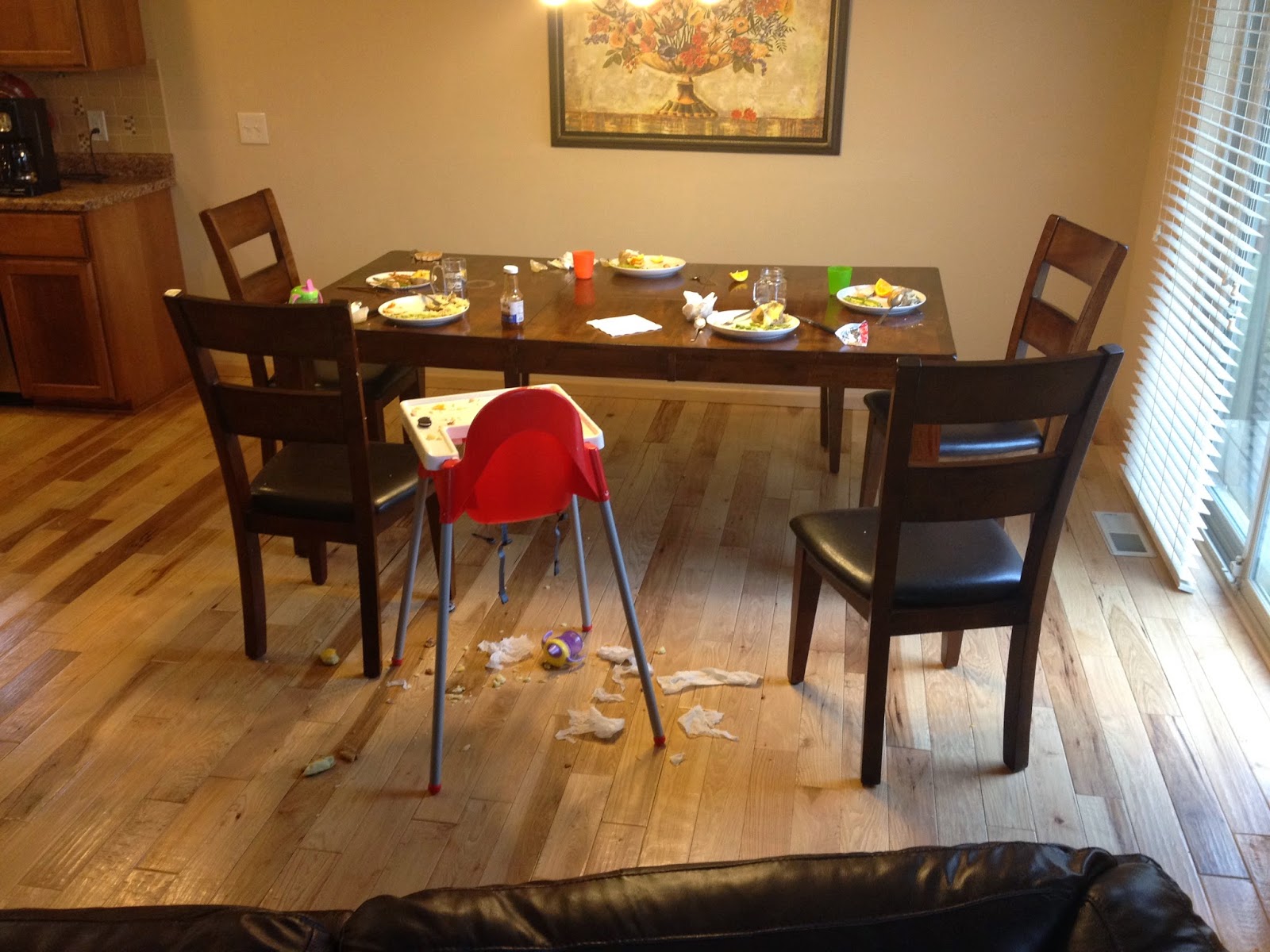 On another note: I made hollandaise sauce last night that was so gross I spit out a bit of asparagus into my napkin all classy style, and looking at these pictures, I wonder if the fault lies with my stupid old cheap-o blender.  I should get a Vitamix and try again.

I snorted a lot, but mostly for this: "she blows her nose and then tears the napkin up and scatters it."
Kids do the cutest/weirdest things!