Cooper has been hoarding tooth fairy money for awhile now, and he decided that Black Friday was the day to spend it because Harry told him there are big sales on Black Friday, and he thought he could make his $23 stretch further. 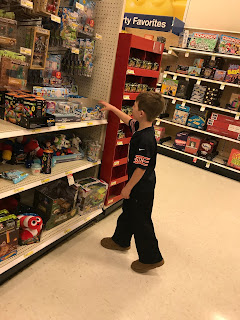 My mom and I had just spent a brutal 2+ hours at Kohls (brutal because the line wrapped all the way around the damn store-- LITERALLY-- but we had fought our way through the masses to find what we wanted, so we decided to stand in it), so I was reluctant to head to Target.  For good reason, it turned out, because Target was wall-to-wall bargain hunters.  After 45 minutes, Cooper finally found a Hex Bug and some Transformers, but when we got to the line, we found out his Hex Bug was $10 more than he thought.  OF COURSE I bought it anyway because I could not stand another selection process.

We have been slowly getting out the Chrsitmas stuff and packing up our fall decorations, and Dorothy has been overjoyed to welcome the North Pole, Hanukkah dinner, and manger Little People back to the fold.  She told me she was happy to be playing with the Baby Mummy again, and I thought maybe I should take the kids to see The Star. 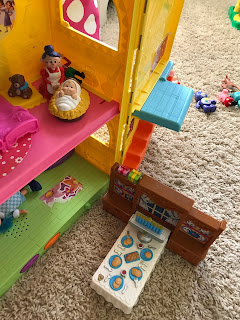 We all headed to the lake on Saturday, thinking the kids could get ice cream and the grown ups could get beer on the Terrace.  But-- DUH-- the union was closed for break. 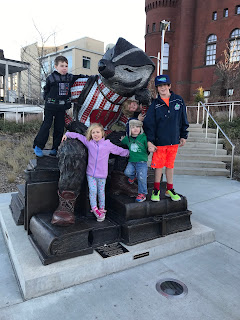 So we went to a bar. 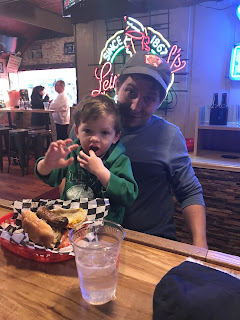 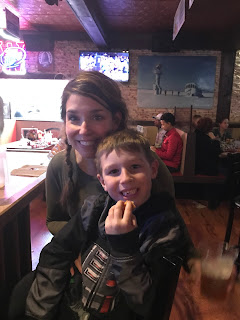 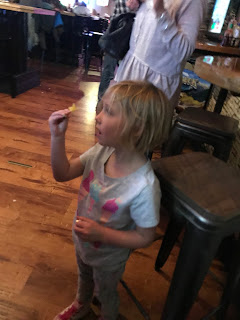 And we strolled on State Street in balmy 62-degree weather, which made Jack jump for joy. 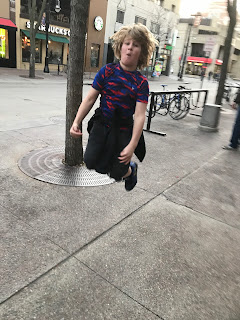 More hotel pool Friday night-- I tried to get a better shot, but Harry kept hitting the ball at me.  And, of course, there were more leftovers.  There are leftovers still, in fact. 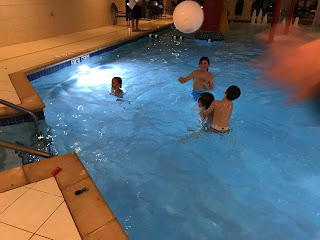 Dorothy-- such a little ham. 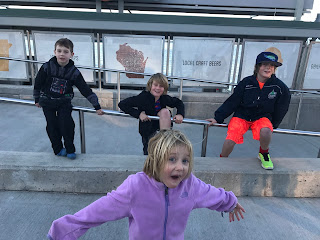 After my parents went home Saturday, I loaded up my huge purse with candy and Gatorade and took the kids to see Coco, which is amazing and beautiful, and you should go see it, too. 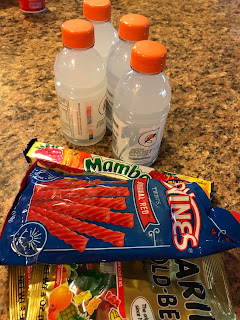 WE ALL LOVED IT! 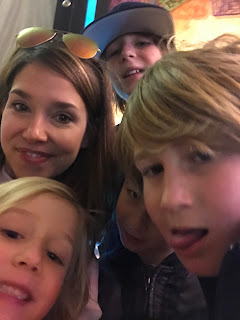 And even though it was much maligned, Dorothy love love loved the Frozen short.  She was transfixed, in fact. 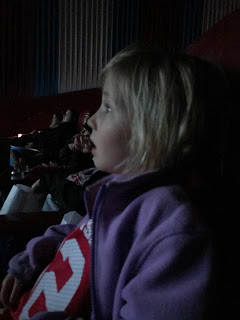 Jack is not sure that Coco was as good as Wonder, and I cried my face off through both of them.  Seriously, you should go.  To both.  Trust me on this one.

My friend and I took our kids back to the park by the lake after the movie Saturday afternoon to run them again.  Cooper spent a really long time screaming for It in the sewer, and Harry hand his friend played football on a turf field whose speakers were blasting the Badger game-- it was pretty cool. 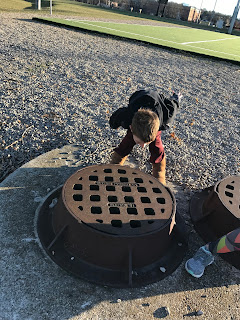 After the little kids went to bed, Harry, Jack, Ben, and I tried to make a dent in the rest of the fudge and had a Connect 4 tournament.  Jack was 4th.  I placed third, and Harry beat Ben in a tense 3-2 final series. 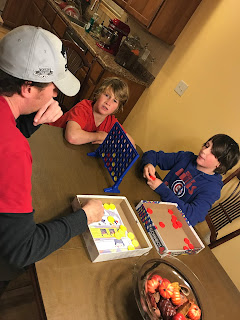 I haven't been this relaxed in a long time.

Well, I mean I WAS relaxed.  But Monday mornings come fast and early after 5 days off, you know?

Kohls is the WORST on Black Friday. The line always wraps around the entire store. It’s miserable but I do have a Pro Tip for you. One of you needs to get in checkout line while other shops. Person shopping brings their crap back to you so you can watch over it as you wait and wait. You can even take turns being the miserable person in line.