Stuff and Nonsense (maybe that's the theme of NaBloPoMo for me)

Oh my god Harry had hockey practice until 10 pm last night, and I am too old to stay up that late at hockey practice.  Even though I used the time to write a lecture for next semester about George W. Bush's first inaugural address.

I made these Snickers cheesecake bars to use up the 14 or so fun-size Snickers that remained after I made Snickers pancakes for breakfast.  I totally recommend them.

Jack and Cooper were twinning, and Dorothy photo-bombed. 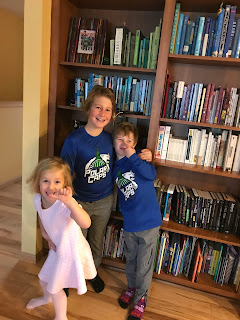 She was so intent on eating her lollipop that she made me send her with a baggie so she could stick it in her backpack and eat it on the way home, which she did.  Until she dropped it on the Wal Mart floor.  (We stopped at Wal Mart on the way home from preschool for Oreos, cream cheese, and Clearasil for H, and where else could I get everything on that weird list and not be tempted to buy extras?) 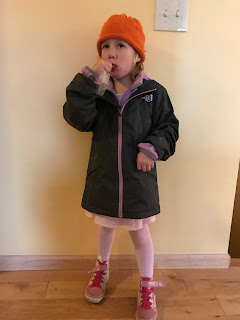 Jack did Cooper's hair, which was pretty funny. 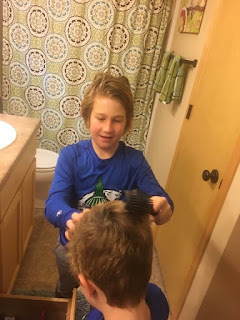 I went to Dorothy and Cooper's room to take them both to the bathroom before I went to bed and was delight ted to see that Dorothy brought this house and car to bed with her because that's what she always used to do when she was a tiny baby. 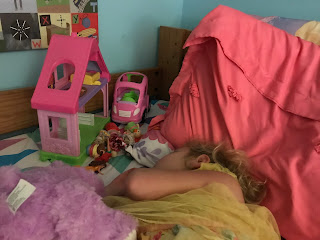 And how can Harry be old enough for clearasil?