Jack has rounded himself up a Book Bowl team.  The competition s in February.  But of course, it is never too early to start practicing.  (He really wants to win because Harry's team won last year.  He said he finally wants to beat Harry in something, and we pointed out that he does beat Harry at things and that's not a productive narrative.  But still, the reading is cute). 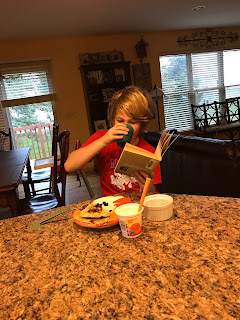 A little before bed trains.  This should go without saying, but I will say it anyway.  COOPER DRESSES HIMSELF. 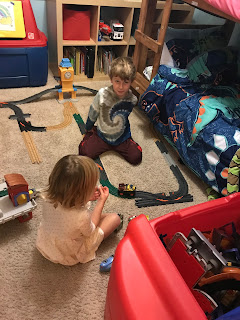 I played a little Christmas music and wrote a few cards yesterday morning as the kids were waking up, and Dorothy decided it was time for this dress.  I agree. (I mean, it is almost too small, so what are we waiting for?) 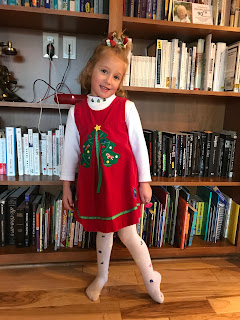