Last day!  Of the weekend that started on a Tuesday!

The kids were restless and fighty Sunday morning, and it was GORGEOUS-- bright blue skies and comfortably crisp temps.  So, I dragged the whole family BACK to the park by the lake.

We started on the turf field for a game of family football (our second of the weekend, since Ben and the boys played with friends on Thursday morning and it doesn't get anymore American than that, does it?)

We also had relay races, and nobody let Dorothy win, so she fell in a heap on the field like a collapsed lawn ornament. 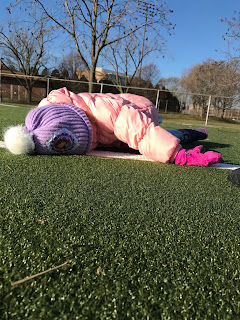 Then, FINALLY, after 2 visits to this place, the kids consented to walk on the lakeshore path for a little while 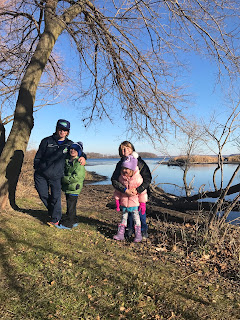 It was so beautiful I can't believe we live here and this is where I work. 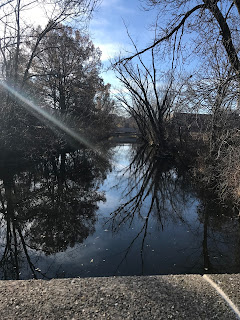 I tried hard to get a group shot of everyone's faces, but I had to mostly settle for selfies. 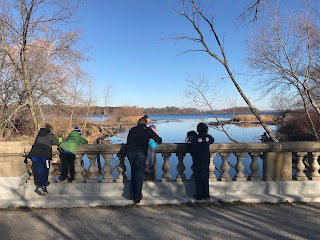 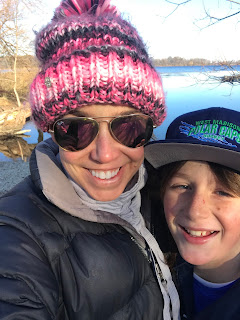 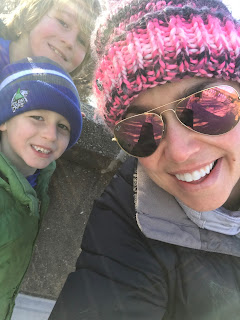 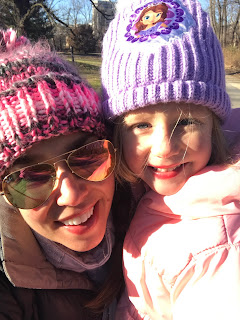 Weird lounge chairs by a gorgeous new dorm (not the building behind the lounge chairs, a building I didn't even take a picture of because that caption is stupid) 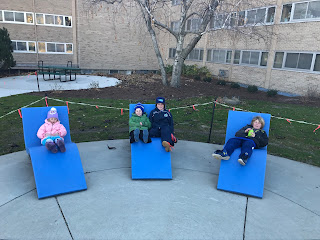 We saw a bald eagle.  For awhile it sat in a tree, and then it soared around the middle of the lake, I think just for our viewing pleasure.  Instead of taking a picture of it, I took a picture of Ben creeping through the brush to take a picture of it.  Seems silly now in retrospect. 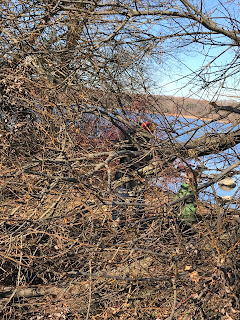 Look at that perfect water! 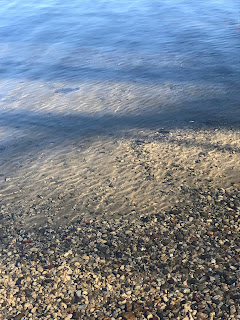 Jack is always up to pose for a pic, bless his little heart. 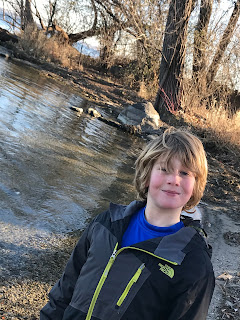 Ben and Cooper and Harry went to Harry's hockey game, and I made a turkey tetrazzini and all of these pot pies for the freezer (AND WE STILL HAVE TURKEY!!) 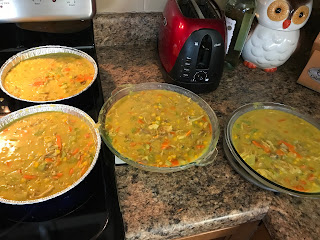 Dorothy and Jack built these: 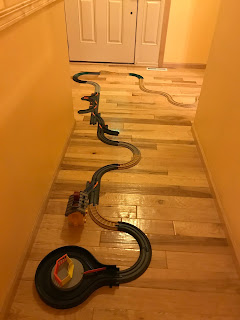 We also went to Michael's for a new wreath, and Jack got a teeny little tree with teeny little lights for his bedroom.  He, of course, had some little elves hep him decorate it. 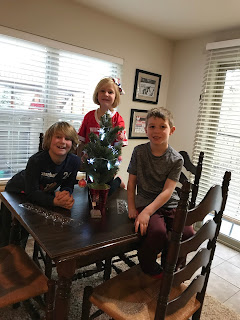 Then, there I was, just minding my own business when My Fitness Pal piped up with this.  Eff you, My Fitness Pal.  Nobody likes that guy.  (Note I don't have to weight myself because I threw on a pair of jeans to run errands and they were jeans I haven't worn in forever.  BECAUSE THEY'RE SIZE 4). 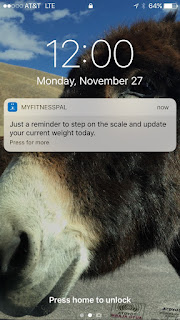 Don't forget to enter my Picket Fence giveaway by commenting on this post!
Posted by Sarah at 6:00 AM

Size 4 jeans and tetrazzini means you totally win at the holiday! I love Jack's little tree, and your captions were hilarious :)