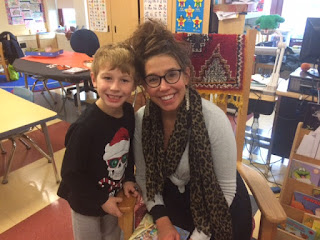 The first year we lived in our house, I had maybe the best time of my life taking the kids ToTing in our actual neighborhood.  Then we sort of started celebrating with other people-- once or twice at someone else's house and then here at ours.  But I really missed just our little family walking the hood together-- with neighbors of course, but not in an organized party kind of way.  So that's what we did this year.  At first I felt bad not inviting anyone over, but then I realized they were all getting together and didn't invite me, either, so it was cool.

Except for a huge tantrum from Dorothy about wearing a coat (seriously you guys.  the only clothing rule we have is that you must be weather appropriate), we had SO MUCH FUN!!

The day started with an always-adorable Halloween party in kindergarten 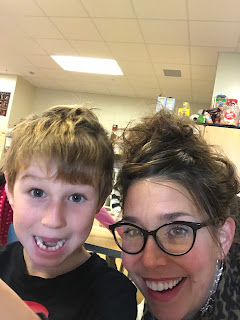 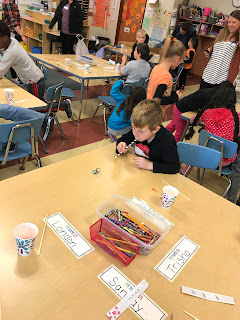 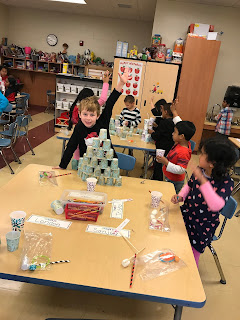 I didn't get any pics of all the kids together because Harry left early to go with friends (first time on their own, and they LOVED it.  I asked him to check in every hour, and he was like why and I said oh I don't want the kidnappers to get a head start, and he was so freaked out.  He checked in MORE than I asked and at one point called because he saw a helicopter with a search light and he just wanted to make sure his phone wasn't broken because he worried about an accompanying Amber Alert.  So, really top notch MOTY-ing there).

Ben helped him re-bloody his mask before he went: 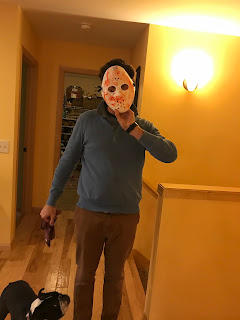 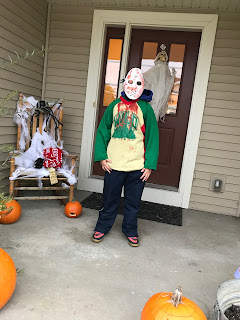 The rest of the crew: 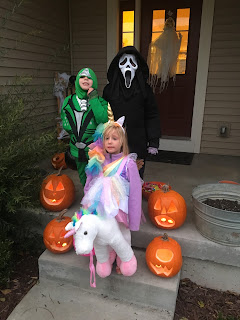 And a sweet little Minion: 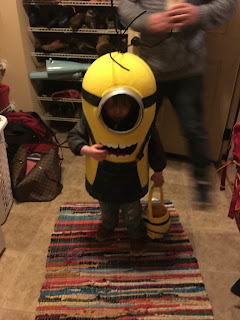 I ate myself totally sick, but thanks to the magic of intermittent fasting stopped at the crack of 8:30 and haven't been a teeny bit tempted since.  I figure if I polish off all of the Almond Joys today, it should be smooth sailing from here on out. 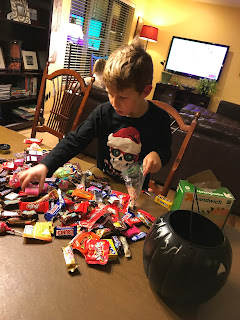 Harry and his friends stopped by and Ben tried to give them tuna and pureed pumpkin.  There were not amused, but they were happy to get some water.  A friend's mom was tracking them via app, and she said it looked like they ran the whole time. 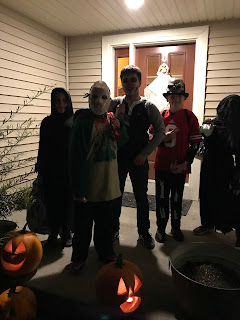 Dorothy finally deigned to wear a thing sweater and a fleece, but she was OF COURSE frozen after just a couple of blocks.  Cooper and Jack were totally hardcore, though, and we stayed out until I thought my fingers might fall off. 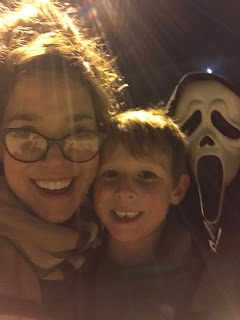 Ah, Halloween.  I am already excited for next year!