Every Night Is Game Night

I don't know if I have told you this before, but the reason I had so many kids is because growing up, 3 kids was just not enough to play all of the board games in a fun way.  So if no adult was playing with us, we had a fairly limited board game group to choose from, especially if not all 3 of us wanted to play.  I figured with 4 kids (and me! I love board games!) I would always have people to play with.

Jack and Harry and I have been on a Yahtzee kick, but yesterday, Harry and I played quite a bit of hockey Spot It (including before he left for school and during Jack's gymnastics class, where we annoyed pretty much everyone in the waiting room with our constant blurting of "Penguins!" "Flyers!" "Goalie mask!"  Then, last night, we played the best game ever MONOPOLY.  Jack won because I could not land on anything to freaking buy (I hate when that happens) and all Harry ever wants to do is put hotels on Boardwalk and Park Place even though nobody lands on them ever,  Jack has a solid strategy of buying all of the things and building on the light blues and the oranges and the magentas.  Those rents are manageable and consistent, and he nearly bankrupted Harry.

I seriously and non-ironically love board games.  I wish they hadn't lost all the CLUE murder weapons.

Another day, another blow-out 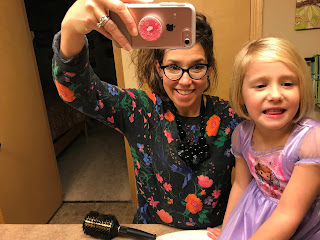 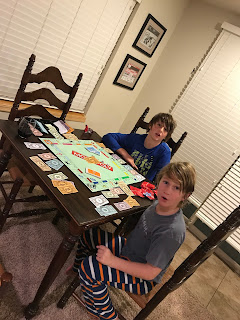 I went up to get more snacks, and he all of the sudden bought Park Place.  Hmmm... 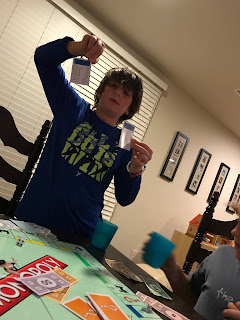