Last weekend, jack and Cooper were BUSY in the kitchen.

Jack woke up on Saturday morning and decided to make pancakes all by himself.  This was the first time he did the whole thing with no prompting or reminders.  All I did was reach the Better Homes cookbook from the top shelf. 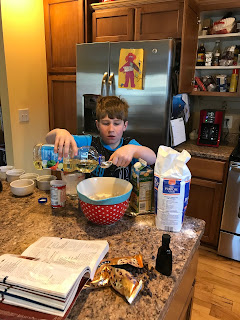 Cooper helped by making everyone some chocolate milk. (And then later in the day, he made everyone hot chocolate on the stove top to take to jack's outdoor baseball meeting-- he's getting super handy) 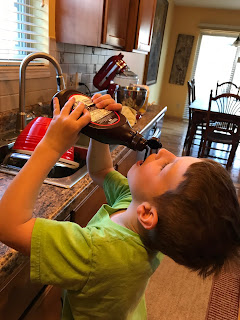 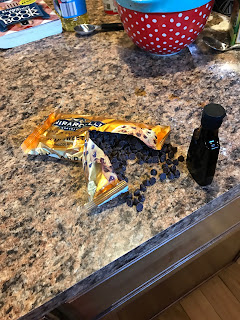 I completely LOVE how seriously he took the whole thing. 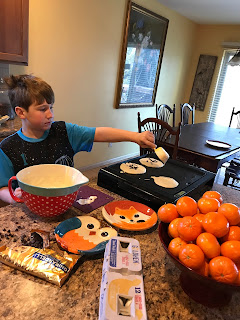 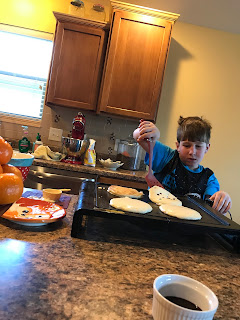 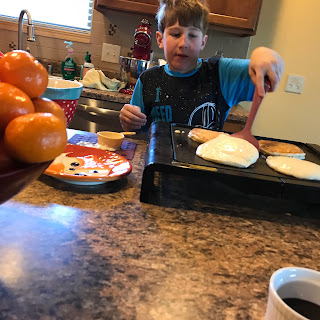 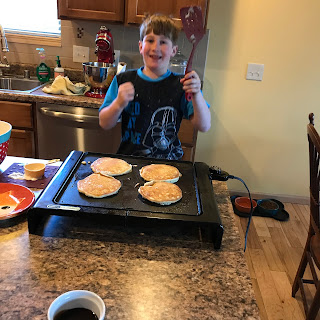 Later, Cooper made French bread.  he helped with every stage of the process, from putting the ingredients in the bread machine to rolling out the dough, forming the baguettes, and giving them an egg wash. 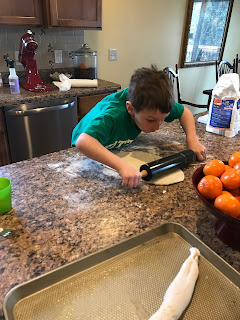 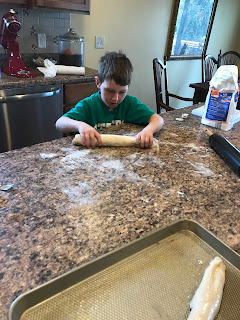 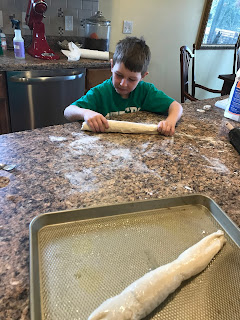 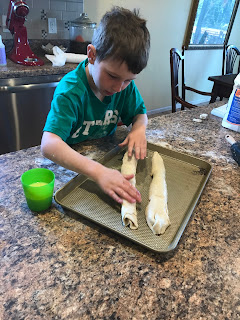 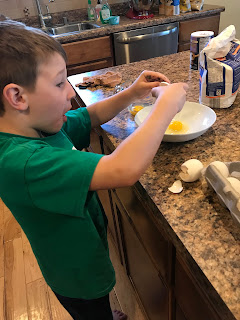 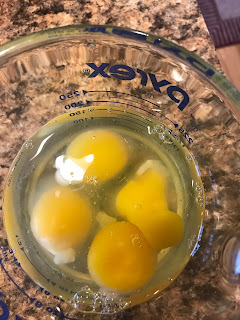 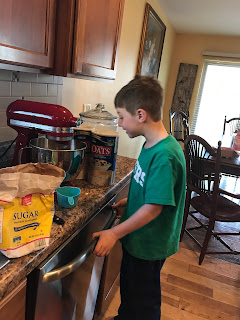 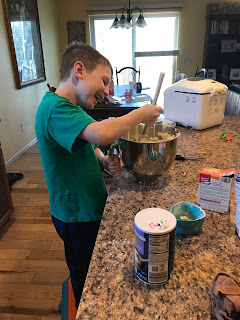 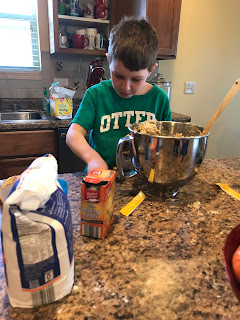 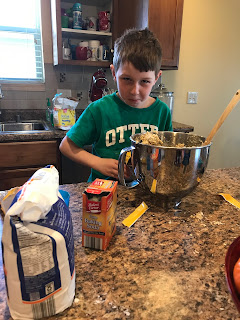 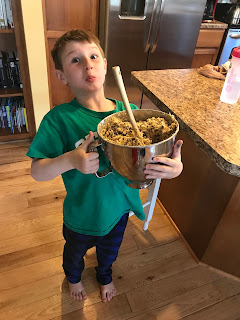 And!  While all of THAT magic was happening, Ben changed flat bike tire, inner tube and all. 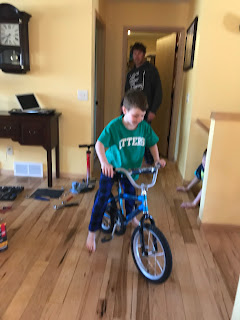 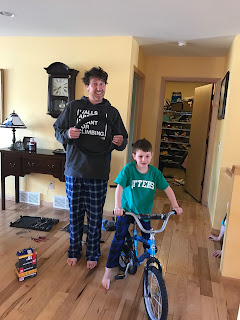 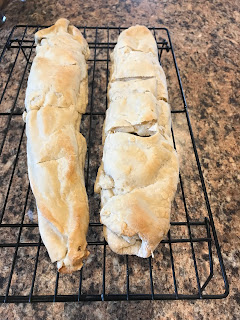 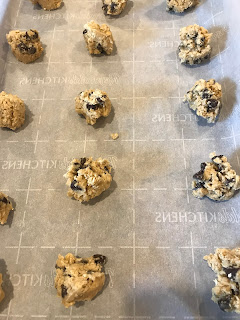 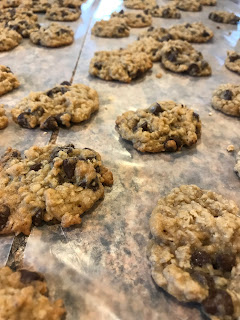 Julia is our pancake maker! She has it down to an art now!