*** this recipe is adapted from THIS RECIPE

I was multi-tasking like a mother last week when I looked up to see we were in the middle of a damn blizzard, so I added another task to my plate because what could be better than homemade cinnamon rolls and stovetop hot chocolate after school during a blizzard??

Seriously, while my rolls rose, I was working on the elliptical while bleaching my teeth and defrosting pork chops.

Okay, these rolls are easy and so, so, so, so good.

Whisk together 2.5 cups bread flour and a packet of yeast and set it aside.  Then use the whisk attachment on your stand mixer to mix together 1/4 cc. sugar, an egg, 1/4 c. milk, a half c. water, and 2TBSP melted butter.  Pour the flour and east in a little at a time until you have dough.  This is when you need to switch to the hook attachment for your mixture and then let the mixer beat the dough while you tidy up your mess.

Wrap the dough in plastic and let it rest.

SHHHHH-- the dough is resting.  Quietly tiptoe across the kitchen and preheat your oven to 200. 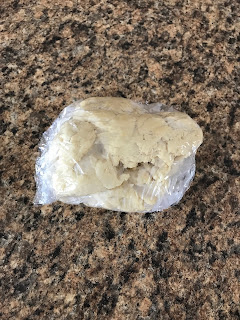 After about 5 minutes, throw some flour on your counter and roll the dough out.  I'd say a rectangle is aspirational, but really it does not matter at all. 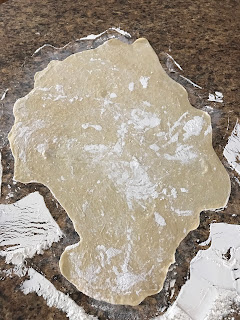 Make the filling my melting a stick of butter almost all the way in the microwave and adding in 3/4 c. brown sugar a generous couple of shakes of cinnamon, and a splash of vanilla, followed by a teeny drip of almond extract.  It should look like paste, and you should use a spatula to spread it on your dough. 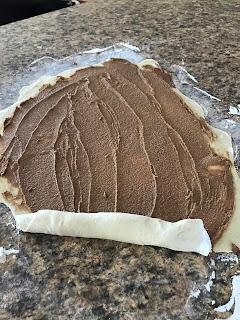 Roll your weird dough shape into a really tight tube, and be sure to flatten it out if it gets too thick in the middle. Then cut the dough into chunks and put them in well-greased cake pans (pie plates work really well, too).  I had 18 rolls, but they were pretty small.  Cut them however you want. 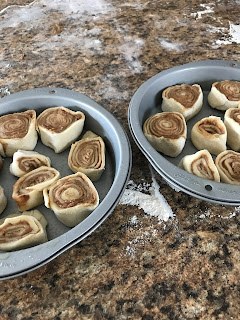 Turn your oven off when it reaches 200 and put the rolls inside to rise while you clean up your damn mess and run a couple three quick miles on the elliptical. 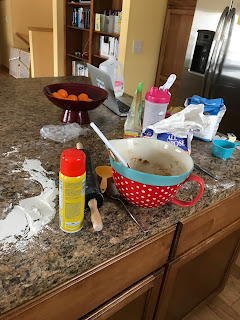 PERFECT!  THEY ARE RISEN! 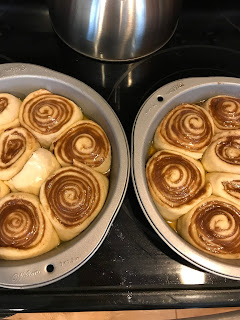 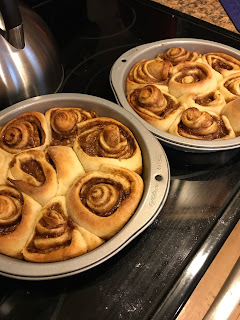 Let them cool for a hot second while you melt another stick of butter and mix it with vanilla, a bit of milk, and about 3 c, of powdered sugar.  Drown your  hot rolls in the glaze. 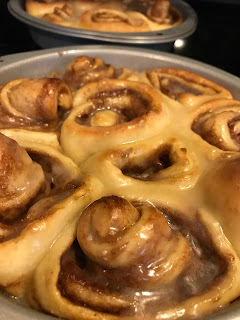