Dorothy did NOT get a haircut, but you know what?  She really needs one.  I feel like she's not a long hair kid, mainly because she does not like to have her hair brushed, does not like to brush her hair, and hates to have anything in her hair.  Gah. 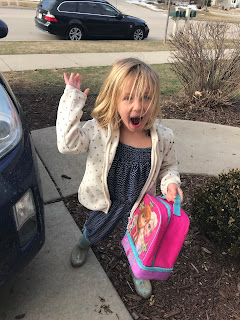 Cooper, though, is always up for a cut, and I think that's just because of the lollypop. 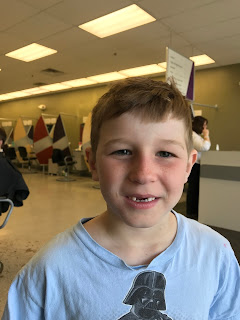 Jack was reluctant, I'll admit, but I am a sucker for being able to see his cute little face, 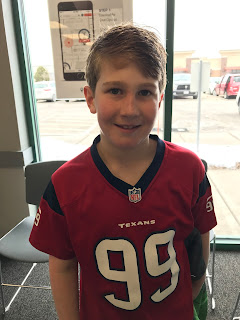 We took advantage of Cooper and jack being out of school early on Friday to do what has oddly become our favorite thing-- BOWLING. 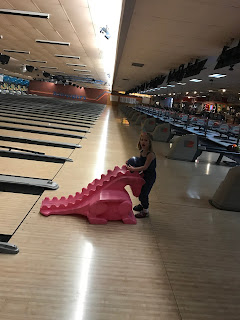 But when someone else takes the lead, there's hell to pay. 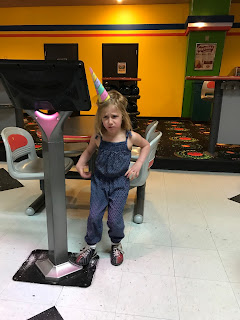 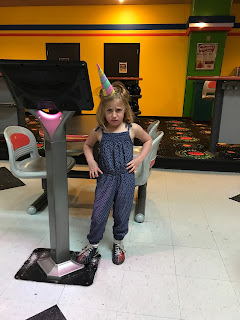 (She won the first game with a 92 and sat out the second game to watch Cartoon Network on my phone, clearing the way for me to win.  FNALLY).
Posted by Sarah at 6:00 AM