When I take pics of these teeny little home improvement things, I should remember to take BEFORE pics.

Let me just tell you that all of Dorothy and Cooper's new toys were pretty much piled on their floor and Cooper had 2 toy boxes in his room even though there was only really room for one and they were both so full of toys that he couldn't play with anything in them.  That sets the scene.

Also, I took some "in the middle" shots. 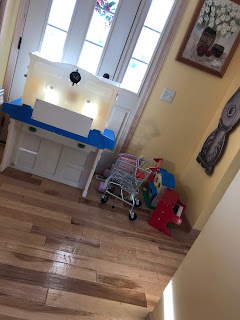 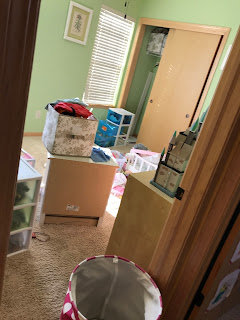 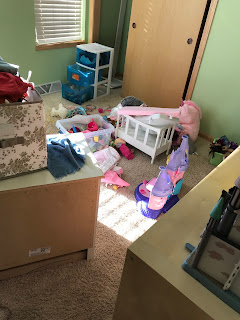 TA DA!  Those IKEA shelves have been superstars since we moved into this house.  We now have 6-- one in each of the kid rooms and 3 in the family room. 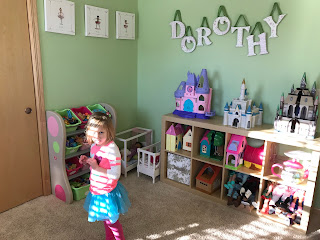 Dorothy generally hates change, but she is semi-ok with this arrangement. 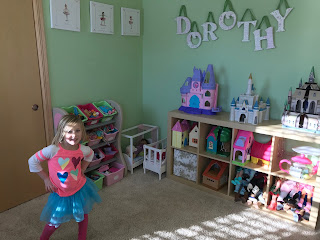 So many mid-sized doll houses! 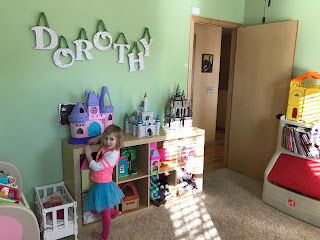 There is really no good place for Barbie's camper 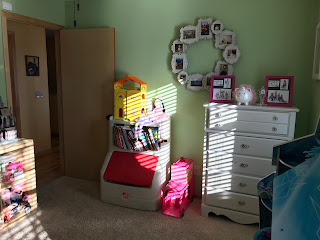 And one giant doll house!  This has lived downstairs for 2 years, and it almost never gets played with (by Dorothy-- Jack actually uses it for his Star Wars guys, but there's a giant bat cave down there he can use instead). We'll see if it gets more action up here. 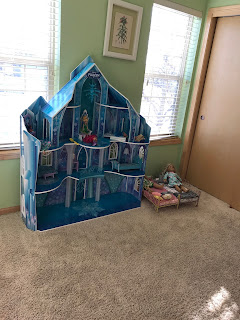 So many doll beds, you guys.  I cannot even. 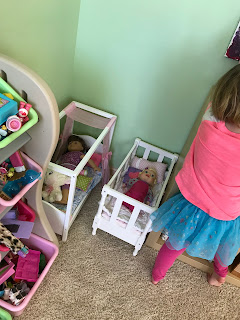 Cooper's room got cleaned up, and I took out a toy box. 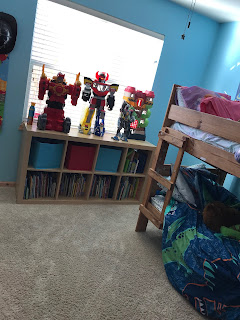 Still crowded, but much more reasonable.  Aldo, I left the vacuum cord AND the Pledge in these pics. 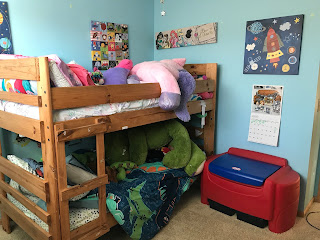 No place for this thing: 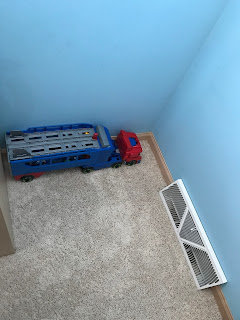 Still full, but at least he can actually reach in and grab stuff. 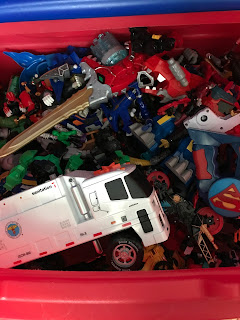 See!  The castle is getting some play already! 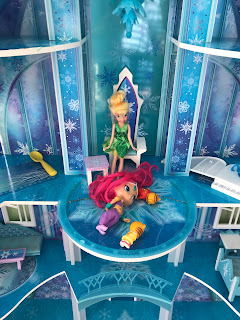 Oh!  And I moved some stuff into her closet, like this nightstand that holds American Girl clothes and accessories. 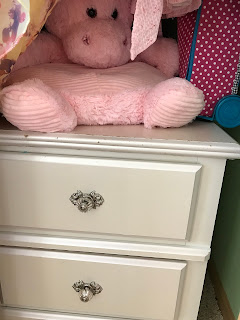 A pink bin full of Barbies and Barbie-sized princesses, and a giant bin of dress up clothes that used to be a giant bin of American Girls (The Girls are now stacked like corpses on her shelf). 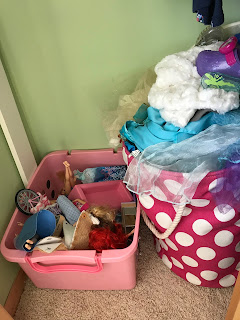 Basically, what happened was this: 6 years ago we bought a perfectly reasonably sized house AND THEN WE STUFFED IT TO THE GILLS WITH PLASTIC and now we need a bigger house.
Posted by Sarah at 6:00 AM