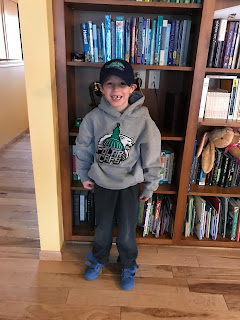 Last weekend, Ben and Cooper and Harry left us behind to go to Harry's hockey tournament.

Usually, the whole family goes to at least one tournament a season, but this one was 4 hours away, and everyone was staying at a Days Inn.  So. 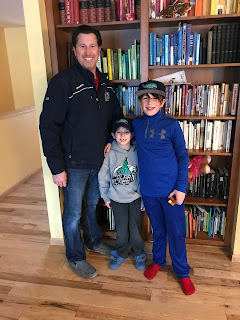 I stayed home with these two. 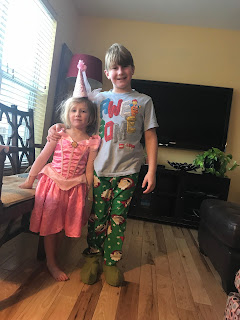 And we literally stayed home.  Jack wore this most of Saturday. 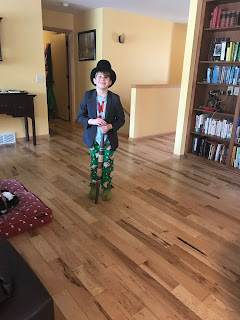 We took a brief break to play outside. 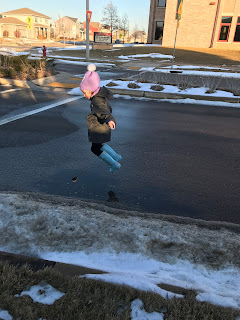 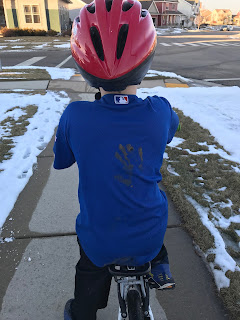 Before putting on jammies and having pancakes AND cinnamon rolls 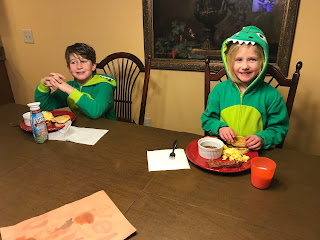 While we watched Despicable Me 3 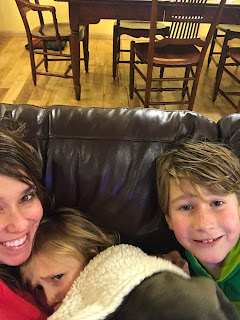 Then Jack put Dorothy to bed (!) and he and I watched both 50 First Dates AND Paul Blart, Mall Cop. 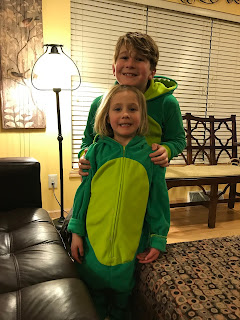 He even made breakfast the next day 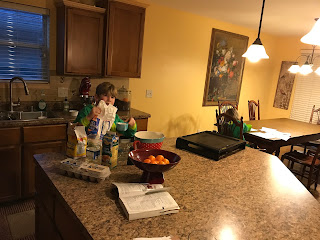 Before his hockey game 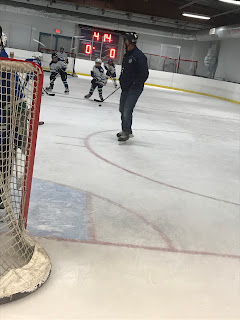 Where Dorothy waited in a cubby. 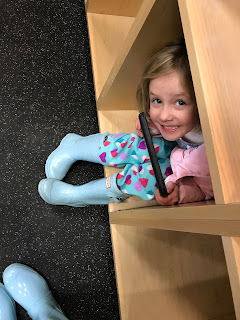 Then we came home and Jack played with a friend; Dorothy played dolls, and I made two dinners and two desserts to get our week going.  Before we even knew it, the rest of the family was home.  A couple of years ago, the thought of spending a weekend alone with some of the kids would have been daunting, but these two are so old and easy now.  Same wit hBen-- Cooper was a NBD addition to his weekend.  As sad as I am about not having any babies in the house, these big kids are a blast and a breeze.  But don't worry-- puberty is about to screw all of this all up.

But in the meantime, Cooper's puking baby:

I love how the bigs have their arm around the little’s shoulder for pictures.

May I adopt Jack?

Have you shown them Six Pack yet?