My FAVORITE kind of snow day is the kind where no one has anywhere to go anyway.

So, when I woke up to a healthy coating of white stuff on MLK day, I was thrilled.  THRILLED.  It was also Ben's last official day of break because he started meetings the 16-18 and then class the following Monday.  (Not me.  I am clinging to break with one short meeting Wednesday, another quick one one on Thursday, and then a packed day of meetings on Friday of MLK day week.  Then, my class starts the 23rd.  Sigh.  Also, I am really excited!)

We started our day by letting Ben have some time to work and driving 3 mph to the movie theater to see The Greatest Showman.  I largely agree with this review, but I freaking loved it anyway.  So pretty!  So sparkly!  So fun! 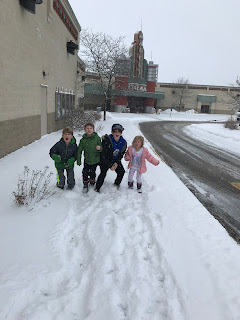 Two things about this picture: 1 I really do like Naked and Afraid.  THERE.  I said it.  2.  I asked Beatrix to stay off all the coats and stuff, and she did.  A little resentfully. 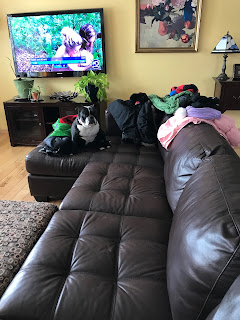 Ben's dad gave Ben all of his cold weather clothes when he moved to Florida.  So, now Ben is the proud owner of snowveralls. 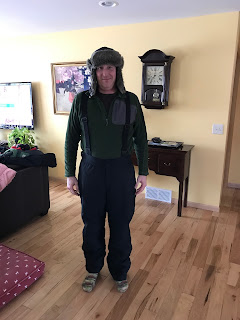 I don't even think any of these kids in this picture are mine.  But!  Sledding was lovely.  It looked like we were living in  snow globe. 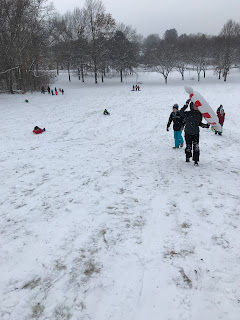 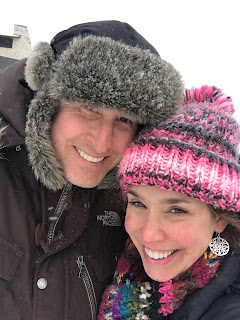 Harry and his friend had fun, but neither of them is as effervescent as they used to be.  Adolescence on the way? 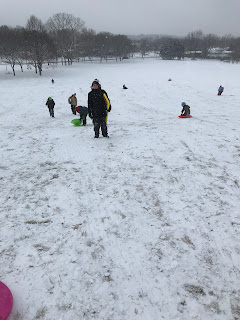 Dorothy LOVED it.  She goes down and comes back up by herself, but she is game to share her sled if a grownup wants a lift.  Basically, she is a kid now and not a baby.  But, I mean, I knew that.  I have just been living in denial. 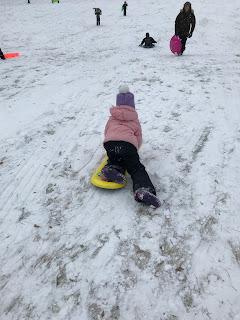 She just kept flinging herself down the hill face first, no fear, even though she broke her arm sledding just last year. 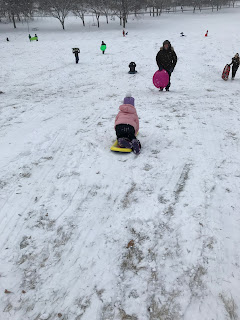 Ben liked to stand near the middle and wave this pink sled at the kids like a bullfighter.  He's a risk taker. 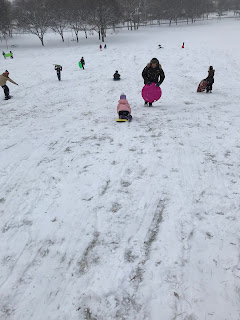 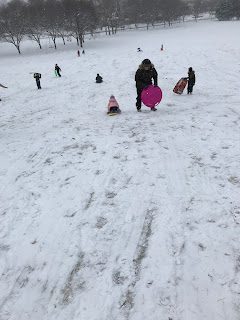 When Dorothy had another person on her sled, she demanded that Ben "Push us with all of your muscles, Daddy." 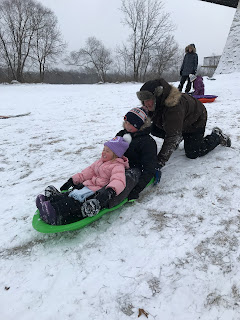 Harry is basically as good as an adult, as far as Dorothy is concerned. 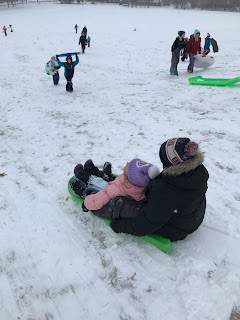 (She did want to be pulled up the hill a few times.  BUT WHO WOULDN'T?). 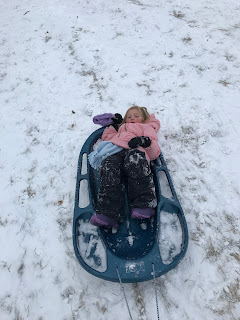 Vivian and the boys all consider Ebeth to be as good as a grown up. Thankfully! She runs a tight ship when she is in charge!