As you can see, the professional pictures were WAY BETTER

Ben and I went out to dinner with my brother and Caleb the night before my dad's 70th birthday party.  When we got home and got out of the car, we noticed immediately that it smelled like natural gas outside.  Like, a lot.  Inside the house was fine, and everyone got mad at me when I called the gas number, but you guys!  You are supposed to call when you smell gas!

I mean, it was freezing, and no one wants to lose heat or hot water the night before a party, but still!

Long story short, crews showed up, called the leak "a big fucking deal" and that's an official quite, and destroyed the front yard fixing it.  They arrived around 10 and were done by 4 am, at which point I pissed everyone off again by asking them to please not talk in the entry way because if the kids woke up at 4 they'd be up for the day.  That's me, making friends everywhere I go. 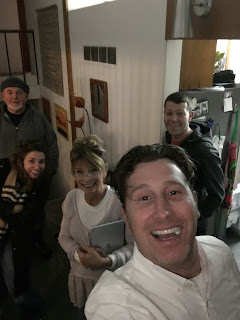 But seriously, it was fun to watch. 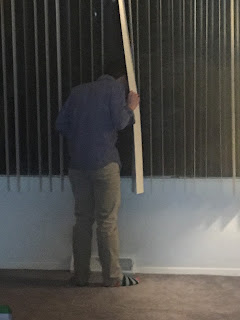 We also played Speak Out again. 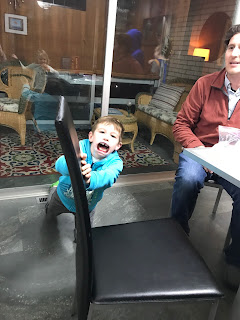 And spent a ton of time watching the robot vacuum that Jon and Caleb got my dad. 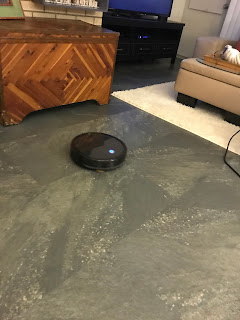 It's not party prep until you hit up the canned meat aisle. 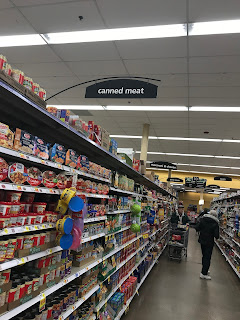 Jon and Caleb got Ben a calendar of dogs pooping, and it brought Cooper exponential joy.  And then I hung it in the kitchen. 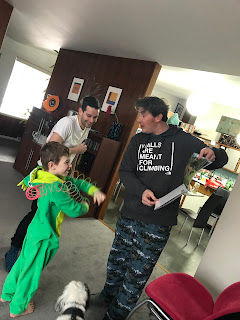 After barely making it to Pekin (we turned around and went home for a couple hours because of snow and ice on the way down, pissing everyone off even before the gas leak), we got tons of snow while we were there.  Since it was a balmy 15 degrees (compared with HIGHS of negative 9 later in our stay), we went sledding. 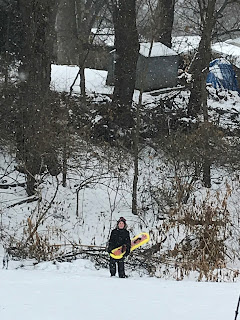 Including a trip to the high school hill, which is where I went sledding when I was little-- so fun! 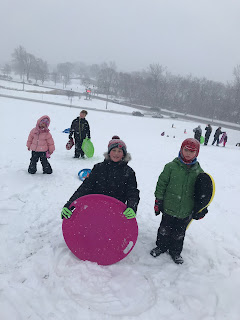 My parents' side yard was lovely 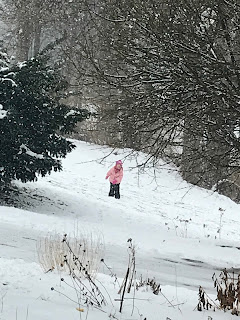 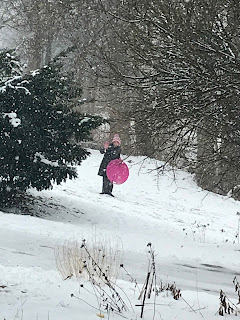 I forgot snow pants and boots, so Harry and I had to take turns wearing his.  Tweens are handy. 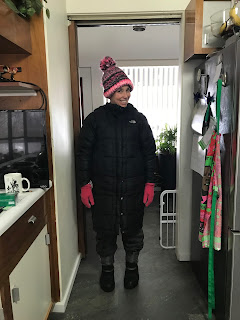 There were even more presents 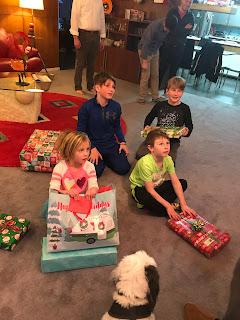 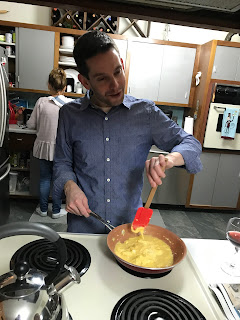 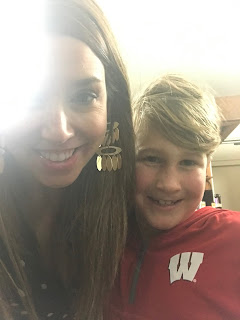 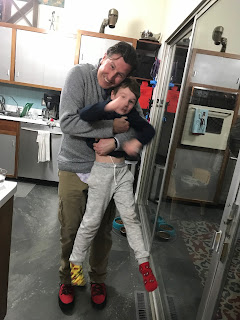 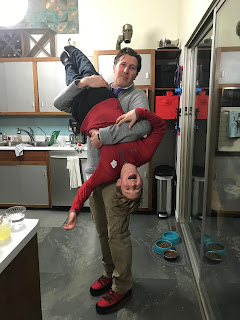 My mom's brother came for the party 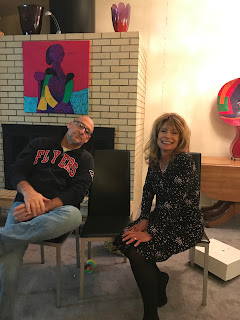 And there was a lot of cheese. 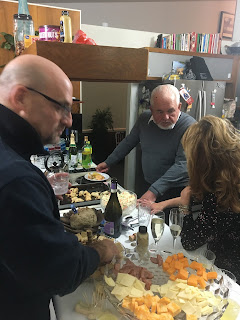 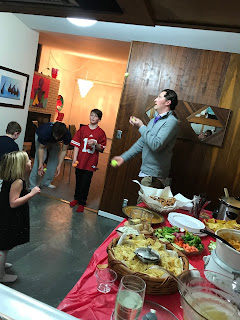 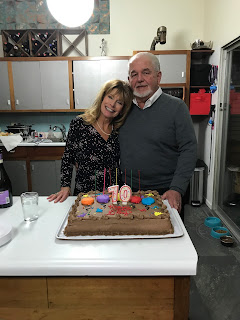 And, of course, Jell-O shots. 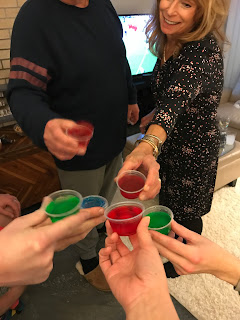 The evening ended just in time for me and my biggest little Badger fan to watch the Orange Bowl. 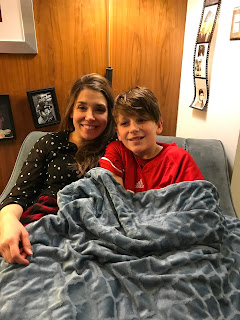 Such a fun family weekend, gas leak and all!