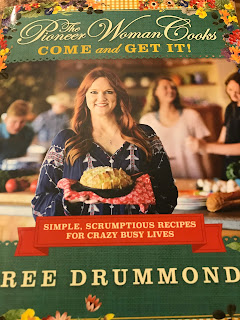 SO MUCH Pioneer Woman!  Because Jack bought her new book with his Christmas money because he is ADORABLE.

Sunday:  PW BBQ slow cooker chicken, pasta salad-- I used shells this time and no one wanted to eat it because different is bad, coleslaw, chips and dip, Christmas Tree ice cream for dessert because we need to eat those before it's next Christmas.  ($35, but that's OK because we have 2 hockey practices tonight and plan to eat the exact! same! thing! So it;s really on $17.50/night, which comes out to $2.92/person per night.  AMAZING). 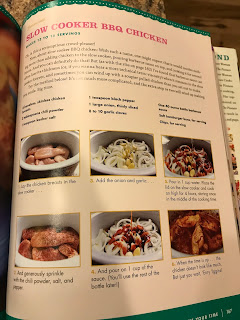 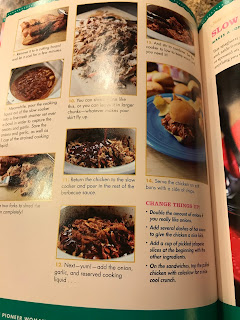 Tuesday: PW stuffed bell peppers and corn on the cob (frozen!  I didn't even know that was a THING until Ben asked me to buy some!) PB cookies for dessert.  ($34 or about $5.70/person-- I used organic meat and needed some random stuff for the cookies, driving up the price.  Also, organic bell peppers were a million dollars each). 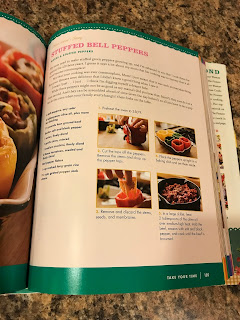 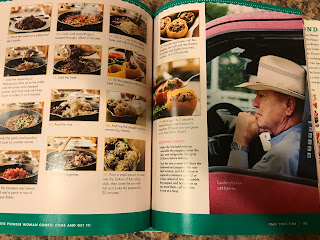 Wednesday: Spaghetti with ground turkey in the sauce, bread machine french bread, canned green beans because I have a not-so-secret crush on canned green beans, canned pineapple because DITTO ($9.  TOTAL FOR THE WHOLE DINNER ARE YOU KIDDING I LOVE ALDO SO MUCH or $1.50/person)

Thursday:  PW Lobster Mac and Cheese, cooked spinach. ( I happened to have some lobster tails in the freezer, so this cost $27 because I had to by some weird cheese or $4.50/person) 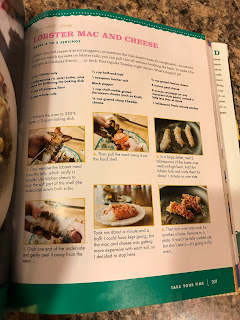 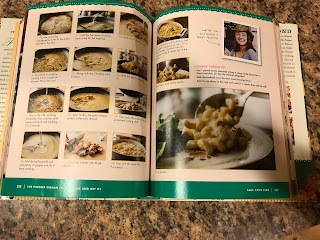 Saturday: Chicken tacos, chips and salsa, beer, brownies ($55, but we might have friends over, so that drives the per person cost down to like $5.  I was out of just about everything taco-related, so I had to start from scratch there, including veggies, rice, etc..  Plus cocoa and eggs for brownies.  And, you know, beer.  I feel like these supplies come out in the wash, though, because I happen to have other things on hand other weeks, you know? And!  I got a ton of chicken and hope to repurpose the leftover meat for burrito bowls on Sunday)

A whole week of eating for less that $6/person a night.  But I still spend an entire mortgage payment a month at the grocery store.  Gah!

I am REALLY impressed that you guys have dessert every night and that most of your baked goods are from scratch!
I’m impressed with your meal plans. I’m trying to work on streamlining ours to be more intentional (using the same ingredients multiple times, for example.) Work in progress...