Hockey ate My Weekend, But We Still Had Fun

Dorothy was playing with her toys, and I was minding my own business eating hot snickerdoodles when she was all, are we having dinner after gymnastics?  And I was like OH MY GOD YOU HAVE GYMNASTICS because I am awesome like that. This was actually QUITE the scramble because we were balancing 3 hockey practices Friday night (who says our social life isn't en fuego?).  We figured it out with some juggling and some dinner in shifts (my favorite **eye roll**)

But!  Before we left, Dorothy spent the last few quiet minutes before the boys got home from school playing Hillary Clinton as the mayor of her room and wearing her cute little leotard. 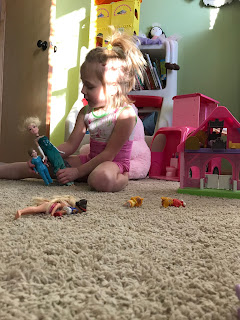 Beatrix kicked off her weekend with a major couch party, natch. 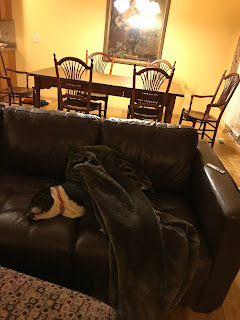 Saturday morning, Ben and I cleaned the house like crazy while the boys snuggled up in our room (Jack was in my bed) and watched Krampus. 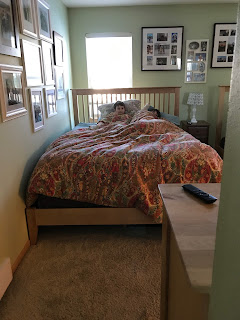 Dorothy continued making large messes, as is her custom. 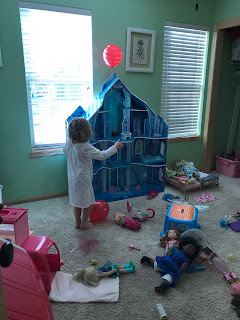 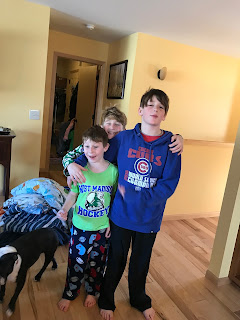 Beatrix is a huge fan of sheet0changing day. 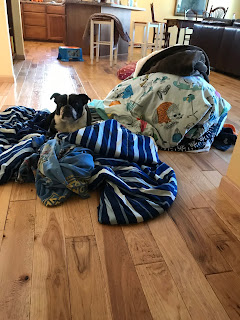 Harry's team won their Saturday afternoon game, against the other team in their division from our club.  I reminded Harry before the game that these were our friends and neighbors and he could not hurt them.  He didn't!  And he scored a goal!  I took zero pictures.

But don't worry!  We were back on the damn ice at SEVEN IN THE MORNING on Sunday.  Ben drove Harry all the way to the ice arena and then realized Harry's gear was in the other car, the one in our garage.  So then he drove all the way back to the ice area and realized when he got there that he had ALL OF THE CAR KEYS WE OWN.  So, he came back a third time to pick the rest of us up and take us through the Dunkin Donuts drive through.  We made it mid- second period, in time to see Harry's team win again! 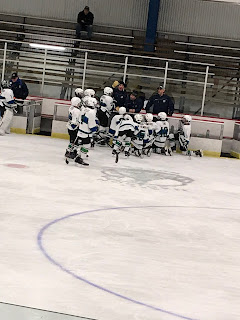 I even used my new hockey mom blanket. 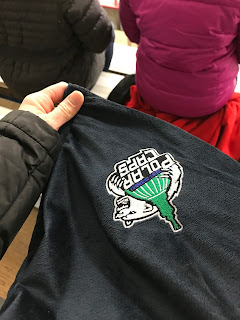 Penalty. (A good one, though-- like, a necessary one, not just a beat-the-snot-out-of-someone penalty). 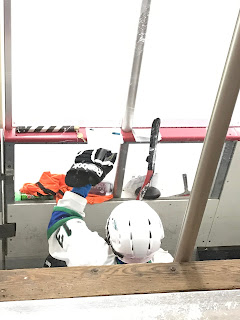 Oh, no bog deal  I JUST MARRIED SCOTT FARKAS is all. 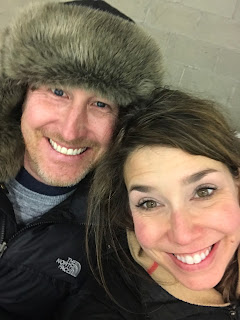 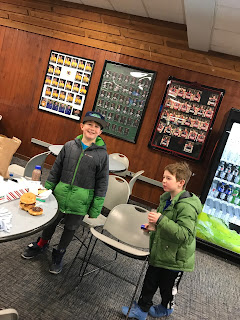 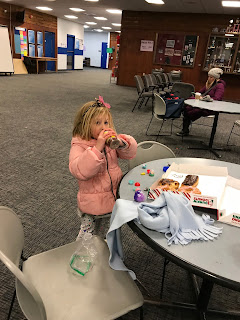 Jack is playing rec hockey after a year-long hiatus, and he had his first game right after Harry's.  Look how handsome in his gear! 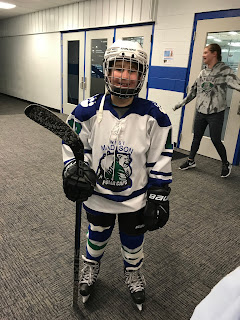 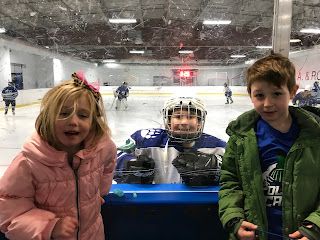 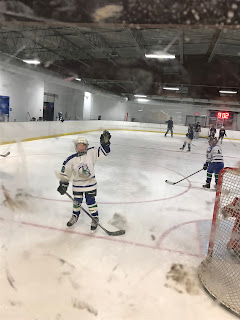 Harry broke his laces, so I bought him a new pair,  (Also, the $4 on laces and the $3.50 on Blow Pops so everyone would stop screaming at me and the $2.99 to rent Krampus on Amazon?  The only un-budgeted cash I spent ALL WEEK.  It would have been better if I was able to cram these things into my already accounted for random spending money that I spent on even more random stuff, like a Pinewood Derby kit, for example, but still.  Major progress) 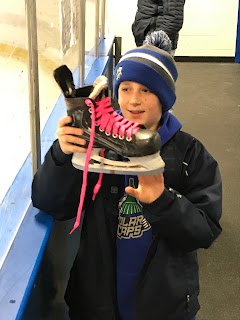 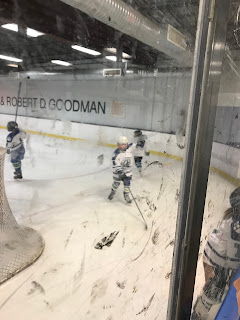 Then-- you are not even going to believe this-- we left the rink to drive 90 minutes to ANOTHER RINK for one more game for Harry.  He scored, but the team lost, and Dorothy played an adorable bleachers game: 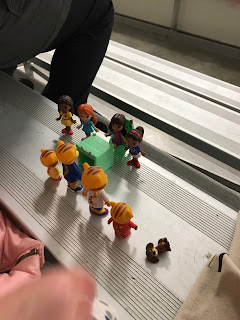 Which she continued at home: 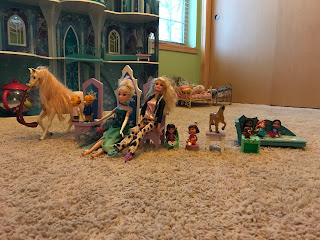 Zumbo's Just Desserts!  Watch it!  Jack likes it so much that he was searching for a Zumbo cookbook for his birthday or Easter basket WHLE watching the show. 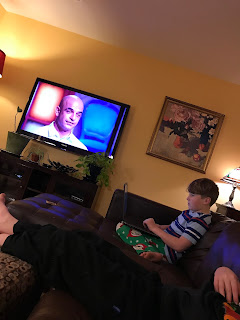 Beatrix, ending her weekend the same way she started it. 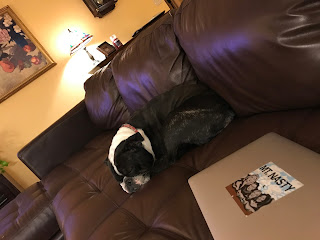 Nice job on the budget! And I love Dorothy’s tableaux. They crack me up every time!