I don't mean coming home to Peoria because we do that all the time (or, erm, to Pekin which is almost as cool as Peoria. Yep. You read that right. ALMOST AS COOL AS PEORIA.)

Home to the Bradley speech team, the place Ben and I fell in love and met our best friends.

We enjoyed our own little homecoming last weekend in conjunction with the 62nd annual LE Norton tournament.

We fell into old routines, continued conversations from 1999 like there had never been a pause in the dialogue, sat in an old bar drinking our old favorite drinks and soaking up that Peoria smell. As we walked down Main Street (um, I think it was main street?) to the bar where we'd end our night and call my dad for a ride home like we used to do all the time back in the day (especially this one time when we not only hit up the Steak and Shake drive through but also stopped by the old East Peoria WalMart where Ben was so drunk he spray painted a bunch of shit in the paint aisle-- duh, of course it was the paint aisle-- and also, I think we were getting our MAs at that point, so already too old for such stupidity), I was amazed by how natural it all felt, the people, the conversations, the tipsy walking, the loud Peoria sirens. 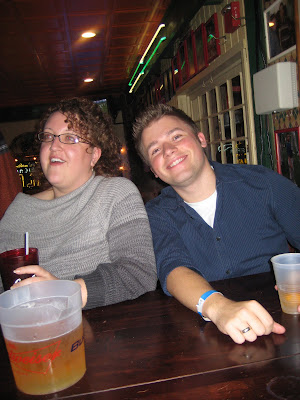 Mitch (the fantastic event porganizer) and me 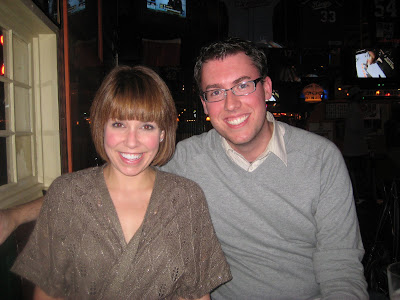 Jon and me-- and hey! He passed the NY bar and is a LAWYER!! 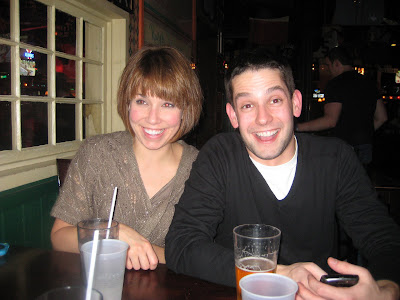 Ben and me-- both of us trying to disguise the Wisconsin double chin (curse you fried cheese curds!) 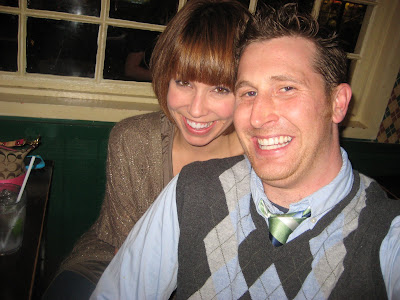 Are you getting the feeling from these pictures that I sat on my old ass in the same spot ALL NIGHT LONG? Because I pretty much did. 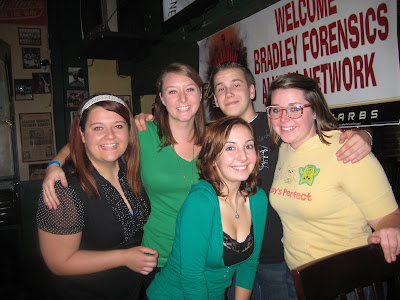 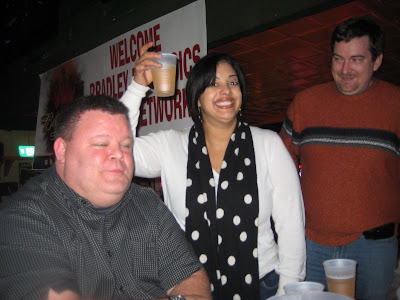 What is especially cool about Bradley speech alums in that we can all talk about the same things even though we graduated at different times-- many of us were not even on the team at the same time, but we were all on the same team. This could take a turn for the maudlin any second, by the way. I am thiscose to pounding on my office walls and belting out the team song or playing some Bob Seger on iTunes or putting on a girdle just for nostalgia's sake.

I loved this, Thanks Sara for coming out and making a great evening for all of us.

What fun! I miss hanging around at the bar with my old grad school buddies. Now we would need about six high chairs, so it wouldn't be quite the same.

Wal-Mart trips int he middle of the night are so much fun. Although, we never played with the paint - we stuck tot he toy department (and weren't drunk).

Glad you had a great time with old friends!

Gotta love those cheese curds (though anyone who hasn't had one thinks it is just the GROSSEST name for a food item).

such a cute entry!! And your bronde hair is awesome!

What a great post Sarah! I really, really wish I could have made it. Team song--love it!