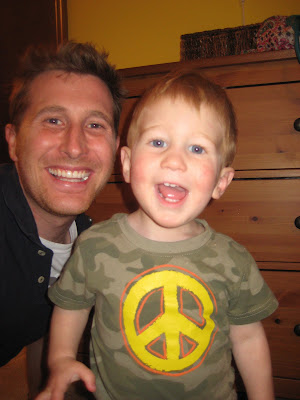 Sometimes when Harry and Jack are napping like they were in these pictures from last weekend, I want to eat them up. Every night before go to bed, I open their door and stand in their room and watch them for as long as I can until it gets creepy. Harry sweats in his sleep and like to cocoon himself in his blankets. Jack kicks his covers right off (not in this picture, but you get the idea) and sticks his fat little feet through the slats of his crib. When they were babies, they both slept fragrantly, but lately? Their room smells like farts. 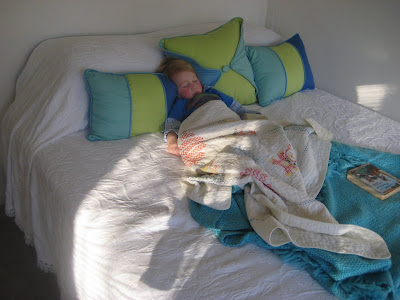 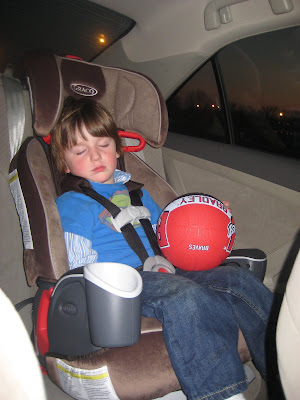 Harry is the Statue of Liberty. Duh. 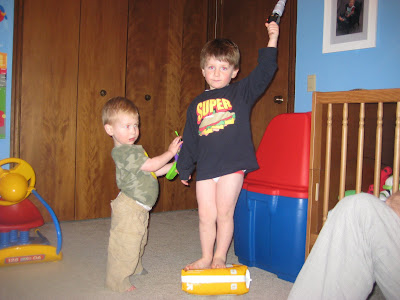 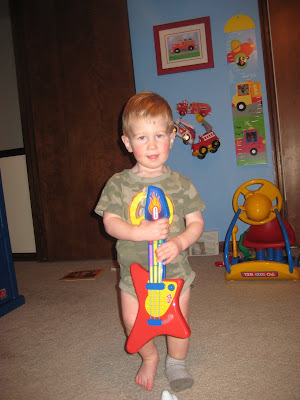 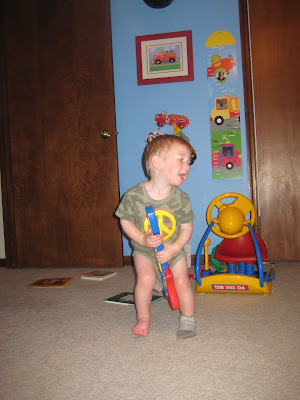 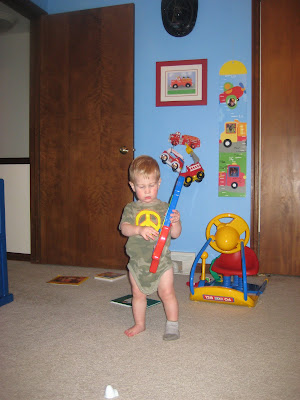 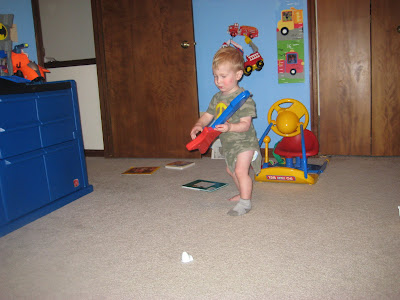 If we hadn't gotten Jack a hair cut, we would have never discovered those awesome eyebrows. 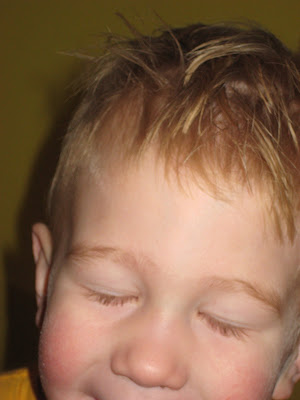 Harry really wanted green eggs and ham, and he scrambled eagerly into his chair to eat them. 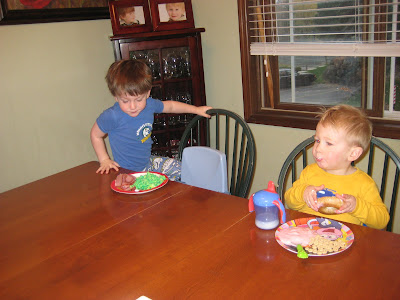 But then he thought they were gross, and he was also pissed that the ham was still... the color of ham. 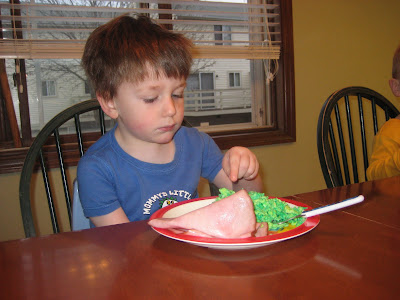 Haha! I stare at them while they are sleeping too (mine, not yours). How is sharing a room going? Sounds like it's going well? We are considering doing it, but are not sure how it would go.

I wish I had a pic of hippie-hair Jack in that onesie! It would make me so nostalgic! I thought Jack was blond, but it looks distictly reddish in these picture.
Harry is such a good kid! He cracks me up.

I love his face in the last picture! You can almost hear the "Ew" Too cute.

We have that guitar, too. It's one of Ethan's favorite rock star props.

Ethan would never stop screaming if I put green eggs in front of him. He loves the book, but the sight of them would send him right over the edge. LOL

No Way--Green Eggs! Score one for creativity!