Because we were in such a hurry to go to the bar the other night, we didn't give the kids a bath (man! that is a classy sentence right there), and they ended up having really skanky greasy hair the next day. Jack had snarls like you wouldn't believe, and when we hugged Harry, he smelled strongly of burger.

Here are some of Jack's shorn snarls: 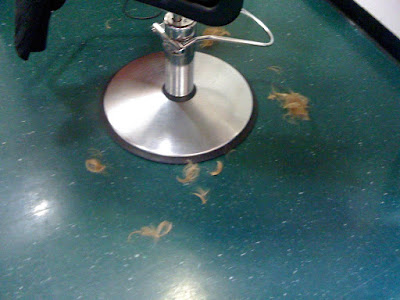 We drove home from Peoria and practically straight to a chain hair cut place that we had a coupon for (agin! supah classy!)
Harry was pleased to get his Zac 'do trimmed, and like me, he loves to admire his reflection while he's in the chair 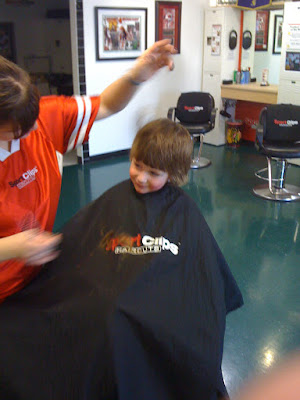 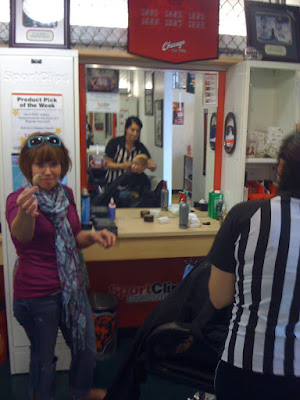 Look at all that sweet blond hair! 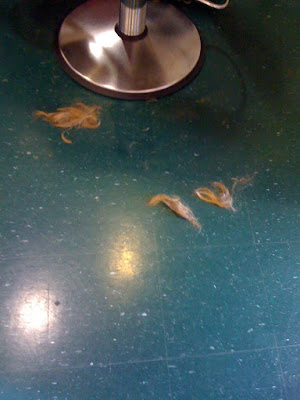 Even Harry had quite the lap full. 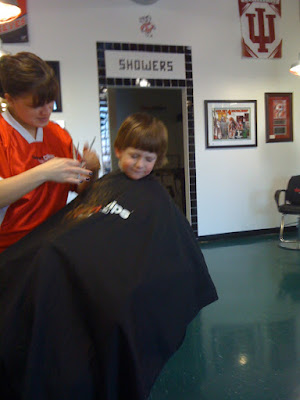 He was very good because we told him he could have toy at Target if he was nice. Ever since we stopped buying absolutely every thing we wanted at the precise second we wanted it, promises of toys for good behavior have been really effective for all of us. Who knew? 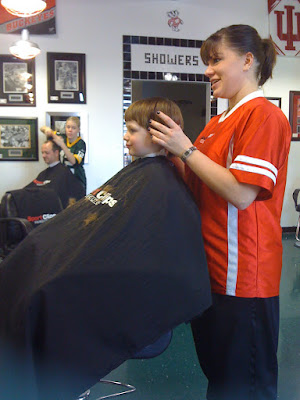 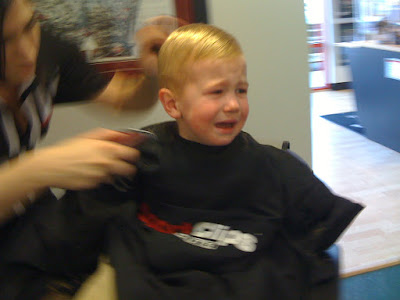 He manned up as long as he could, butt he kid hates clippers, which is too bad because he looks fantastic with short hair-- he was little baby schlep before, and now he's a handsome mini-Ben. 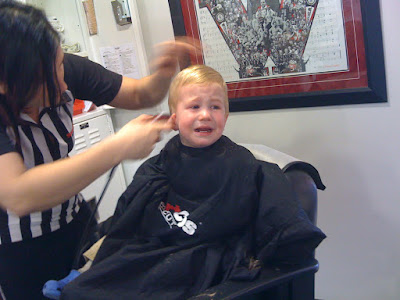 I still can't get over Jack's "after" pictures! He is SO CUTE! And his face is SO SAD. Wes starts crying when we pull into the Great Clips parking lot. It's bad because his hair grows like an inch a day and I like it short. Fortunately he knows his way around a lollypop.

And Jack has one of the saddest faces EVER! Melt your heart sad!

Jack looks so grown up (and miserable) in those pictures!

I've decided Ethan has to get a haircut. Today he asked me for a barrett or clip so that he clip his hair back so he could see at school. Awesome.