Wednesday and Thursday night at my parents' house, Ben and I counted down the screamy seconds until Harry and Jack went to bed and then we immediately got silly drunk and played euchre with my dad and brothers until we fell asleep (some may say passed out). Way too fun. We cussed a lot. Said really vile things to each other. Used the phrase "suit f*cked" more times than we ever should (shouldn't probably ever say that, actually). Ben and Ben even chest bumped after each point they scored on Thursday night (right after we all ate giant plates of cold leftovers-- I had stuffing, cheesy potatoes, and chocolate cherry cheesecake, a winning combination. I looked over at Jon and assumed he was eating pumpkin pie, but he was actually devouring a triangular slab of chopped liver. No utensils. This made me happy because I was afraid our card-playing behavior was sketching out his girlfriend who was being subjected to her first Thanksgiving with my family. But if she still liked him after he licked liver off his fingers, we were totally off the hook. And I think our refusal to pretend to be nice or polite at any point in the night is a sign of how much we like her-- we already feel like she's part of the family.)

Jack and Harry were super helpful on Thanksgiving day: 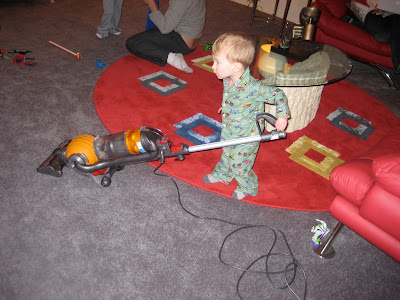 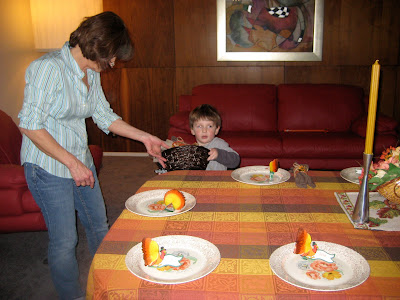 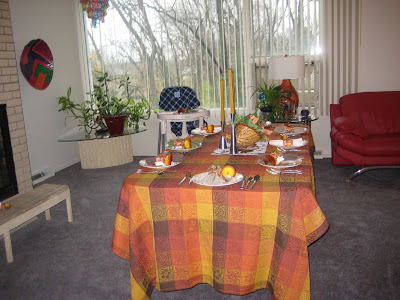 My mom modeling the apron Bomma made her 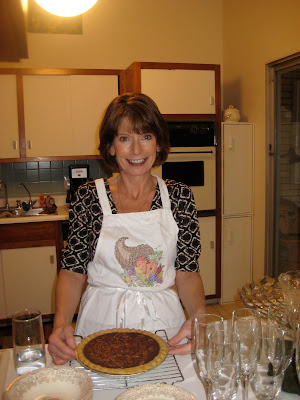 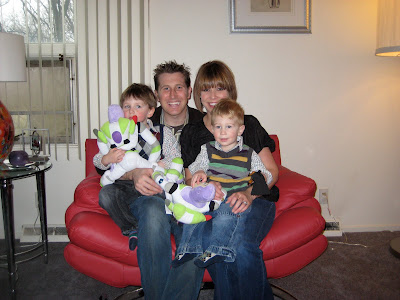 Poor Brae-- Harry and Jack competed for her attention and space next to her ALL NIGHT LONG. The next day, I got DVD footage of Harry saying how pretty she is. 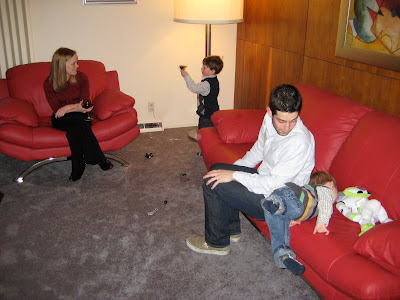 Jack, up to no good. 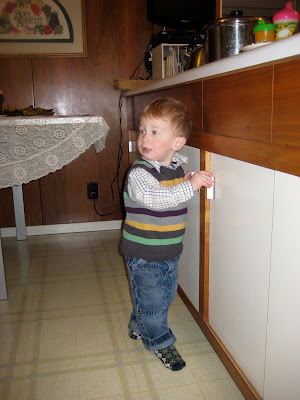 Harry had this elaborate plan to pass out muffins (not intended for T-day consumption-- more of a next-day breakfast) out to everyone at the start of the meal. We tried to dissuade him, but he freaked. MUFFINS NOT OPTIONAL. 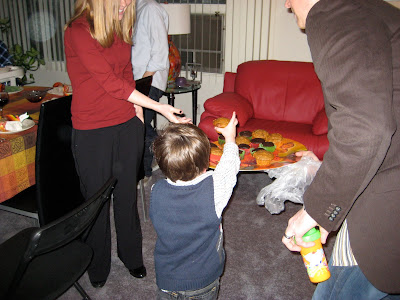 Jack climbed up on a chair and started to eat one. 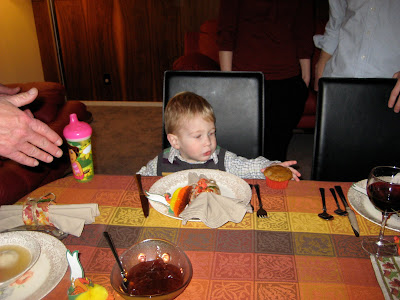 then he threw a couple in his matzoh ball soup. And then our dumb asses took him out of his chair so he could help pick out his food in the buffet line, and he went apeshit and refused to get back in the chair, so Ben and I were pretty much SOL after that 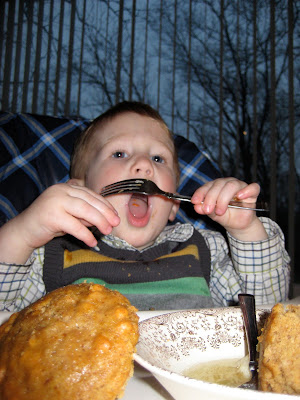 The next morning, Harry demanded that my mom cook him breakfast (not like she just made a huge meal or anything) 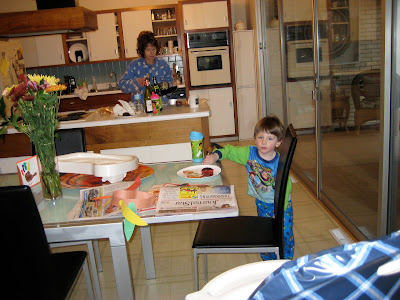 and we continued our tradition of being awesomely polite guests by stopping by Ben's parents' house for some leftovers for lunch. 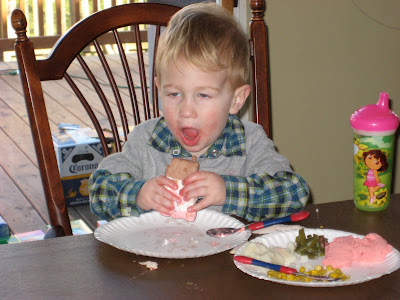 Harry modeling his new hat and gloves-- love it 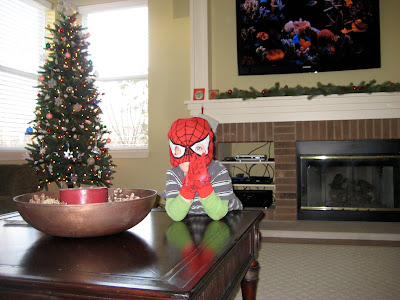 the best picture of Ben EVER 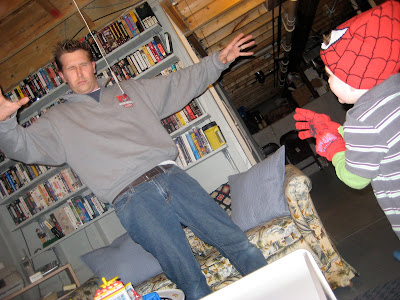 Thanksgiving was fantastic. We had the best time ever eating lots of food, drinking lots of adult beverages, and playing lots of cards. Also? I am demonstrably the best euchre player in the family. Possibly in the world. Chest bump that, Bens.
Posted by Sarah at 5:40 AM

It looks so pretty and also so much fun...we missed you , but had a nice time with the other members of the family....next year together again, hopefully..Bomma

OMG, your family is like the HUXTABLE family. We only do that in my family when someone's about to throw down, the "Cops" variety of chest bumps. Jealous.