Duuuuuuude, you guys. We just signed up for our 7th consecutive semester of Little Gym, and I have to tell you, I am not as excited about it as I used to be. But don't tell this guy 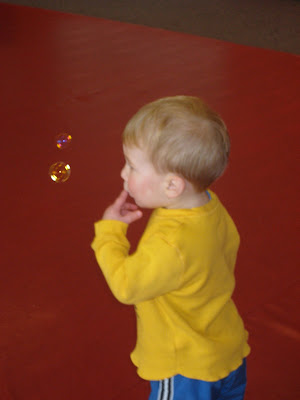 And seriously! Could he look any more like Ben? Cuh-razy. And pointing it out never gets old for me because I am so amazed at the complete inability of my genetic material to assert itself in any way during Jack's creation. WTF dominant traits? Where are you now? He doesn't even have my creepy, finger-sized second toe. 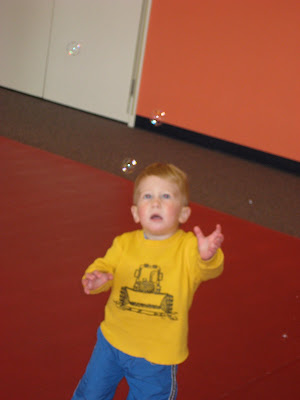 I really hope that santa brings me a new camera for Chrismukkah because ever since I dropped mine last week (really ever since I drove away with it on the trunk of my car) my camera has been taking blurry pictures and its purchase was, of course, the one time I didn't buy the freaking protection plan from Best Buy. Grrr. 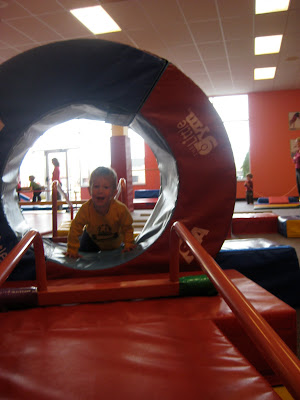 But still. I don't need nothin fancy like focus or some crap to show you how much this guy likes the big! red! mat! and how intently he listens to Mr. Bob. 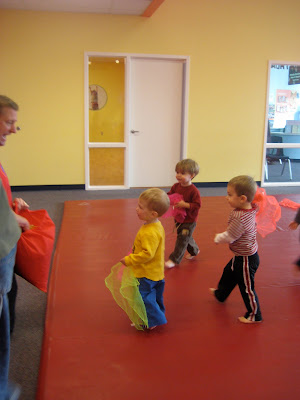 His hair? On the top? It feels rough-- he's like a dog with an undercoat. 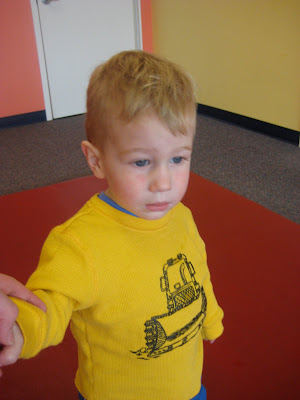 I loved Little Gym! Bubble time was always the favorite, which is kind of frustrating because I could have done that by going to Walgreens and buying bubbles for a dollar.

We are too cheap for little gym. But, I can totally understand not giving up something they love even if you don't love it!

I could not love his little yellow shirt any more even if I tried!!!

Yeah...first Julia would need to detach herself from my leg before we attempt Little Gym. She's gone over a week without crying at drop offs at the Y day care, so maybe I'm almost there.

The big boy haircut is killing me! Isn't it amazing that a haircut can make them look so grown up! He is a cutie pie!

When they smile, Sarah. I don't so much see it in the photos, but in person? Both boys have mama's smile. Granted, Harry more than Jack, but the pattern holds...

I miss the gym classes!!!

And thank you for reminding me that I need a new digital camera! I was lamenting on my blog tonight that I have NO idea what I want for Chrismukkah. I forgot that Ethan has completely trashed our little digital point and click.