Someone has a baby mullet.

I am not saying who it is, but I'll give you a hint: he's wearing a fish mask 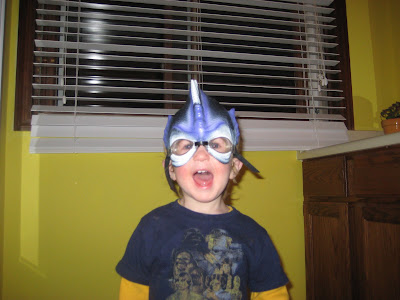 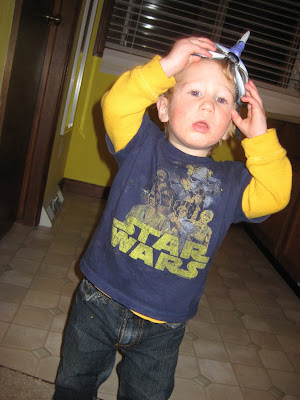 Hey-- do you think I should send these goggles with Harry next week for swim lessons? 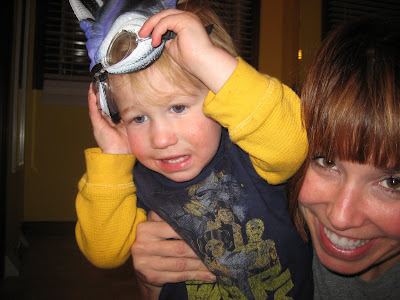 How cute and squishy is he all curled up with his book? Ben was not home, and I was vacuuming before their bath, and I asked Harry (and Jack) to hang out on the bed and stay out of the way. I took a picture because it was the first time in his whole life that he listened and followed directions. 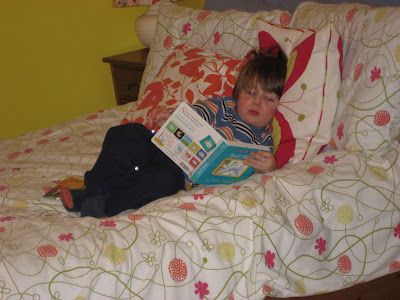 The other one? Did not. He decided to get the toys ready for bath. See that white thing on his head? Harry stuck a label on him, and Jack wore it proudly all night long. 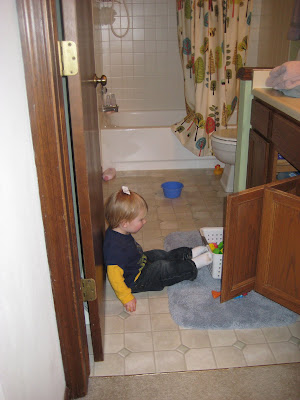 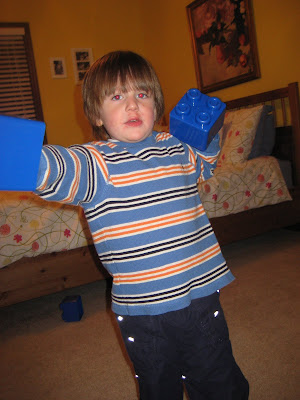 Aaaand then there was another incident (and again! Jack is the aggressor) 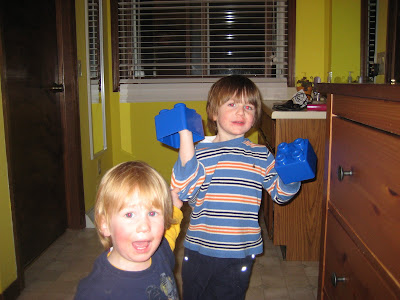 and that's the end of my pictures of our night together. 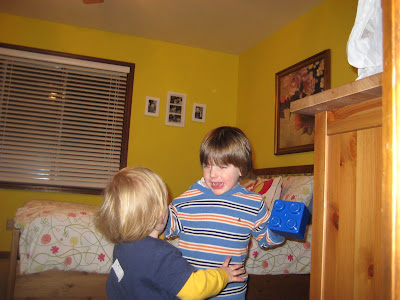 Good times with the brother on brother aggression. I'm glad I got over my TV for children hangup a long time ago or I'd probably have a drinking problem by now.

In the first fish mask picture I thought it was Harry! Jack is so big!

My Elisabeth would LOVE his shirt! She's a Star Wars nerd. I'd like to see Julia and Jack play. I think she could put up a pretty good fight, since I just had to move her away from beating the crap out of Elisabeth. Of course, they'd probably play peacefully and then I'd be disappointed...

I love that you took a picture of Harry for following directions for the first time in his life -- hilarious!

Also, I love your wall colors! Our bedroom and bathroom are also bright yellow and I just love how warm and light it makes the room feel.

omg, those pink cheeeeeeeeks! I love them!