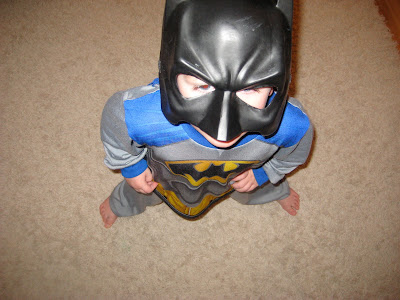 Thank you Ben for finding these Batman jammies (on clearance!) in the big boys' section of Target because if we left without Batman jammies, Harry's little super-hero-loving heart would have shattered into a million loud, tantrummy pieces.

The Batman mask was just randomly in his dress up box, but he wore it from the minute his bath ended until his head hit the pillow. It's a very abrupt mask, and I always startle a little when I enter a room and see him like this 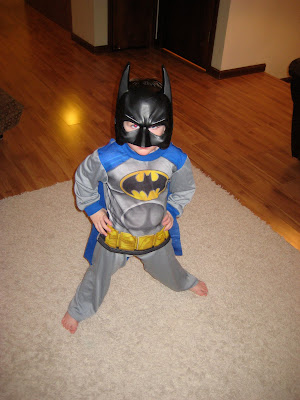 As you can see, the big boys' extra small is still quite large, which is good because have you ventured outside the little kids' section at Target recently? The underwear selection is more varied but the clothes? UG. LEE. I guess it's Gap Kids or bust in a couple of sizes.

Jack could totally play "Weekend at Bernie's" in these glasses. 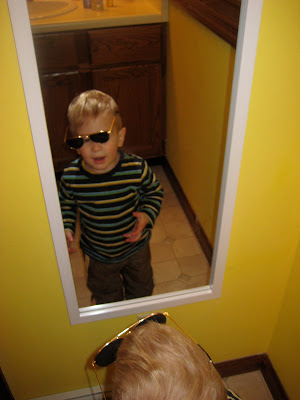 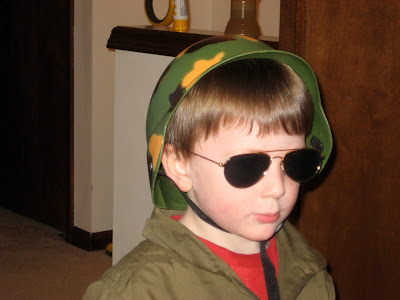 Who kicks some tiny ass in his tiny flight suit. 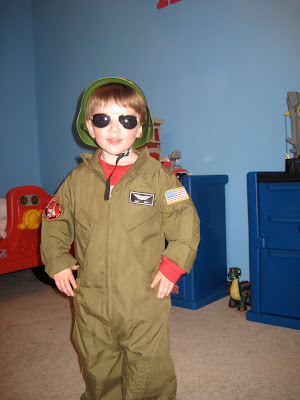 And here I thought that having boys, I'd miss out on playing dress up.
Posted by Sarah at 5:40 AM

Love it :) They are adorable!

Cute! Ethan has that flight suit...but I swapped out the generic badges for Matt's. :)

Oh, boys' dress-up can be very thrilling, particularly if they go through a robot/ alien phase. Love those shades, man.

omg, that little flight suit is adorable!!! dress up with boys is awesome!

I don't like the boys section at Target either... I can never find anything I like for Ben. Hunter is still a 3-4T, so he still fits in the cuter stuff there.