What's new with you?

When I signed Dorothy up for the Little Gym on Friday afternoons, I really thought I was going to hate it.  but!  To my surprise and delight, it has turned out to be a wonderful way to end the week and transition from work to ALL KID ALL THE TIME.  Ben has even started taking all 3 boys to the batting cages to practice while she's in class, and then we all meet up at home for FAMILY MOVIE FRIDAY. Also?  I get to sit there and READ the WHOLE time, which is my reward for all those years of parent-child classes. 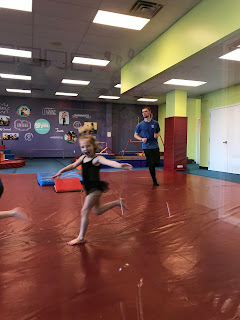 CHEERS!  Because we are terrible people, we dropped Harry off to get ready for hockey, and then we all went to lunch after feeding him Larabars in the car. 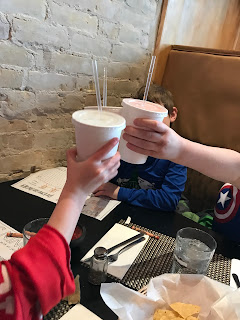 The best thing about going all the heck over Wisconsin every weekend is finding fun places in adorable towns. 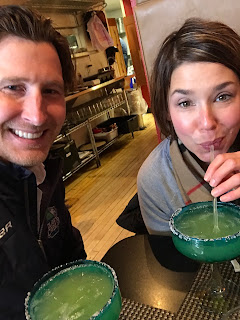 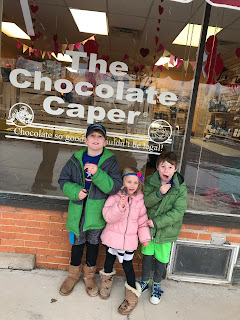 Dorothy's outfit was totally my favorite ever. 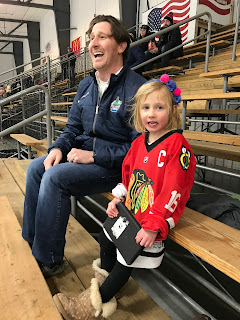 It has been a whole winter of CRAPPY SNOW that is NOT GOOD for snowmen.  Bah humbug to that! 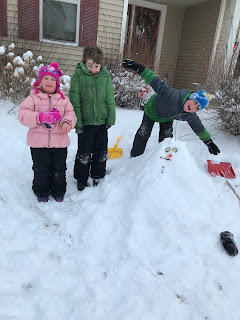 Oh my goodness you guys.  I had the brilliant (ha!) idea of letting Jack and Cooper have a Super Bowl party.  OH MY GOD.  You guys, I so don't think they were actually ready to have a Super Bowl party.  I mean, they had an awesome time, and their friends brought adorable foods (some of them made snacks themselves, and it was SO CUTE), but they ended up shrieking and playing an elaborate game of Five Nights at Freddy's "IRL" which was SO CUTE ALSO and having an epic Nerf gun battle.  I pictured a stately time of snacking and watching the game, maybe some lively discussion of particular plays and calls. (Nine boys 9-12 years old.  HOW DUMB AM I?!) 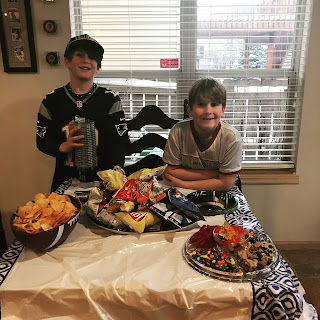 And then Dorothy had a play date after school one day, which has basically been her dream in life forever.  But I didn't think any of the kids in her school would be at our elementary school next year so besides going to dance with several of them and attending bday parties when she's invited, I haven't really gone out of my way to forge connections between Dorothy and her classmates.  And then!  I heard that one of the girls she loves playing with IS going to our elementary school.  OH MY GOSH!  Dorothy is THRILLED and is already talking sleepovers. 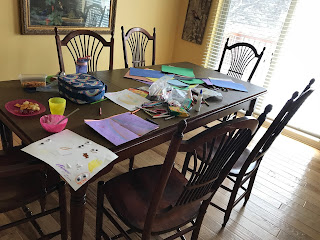 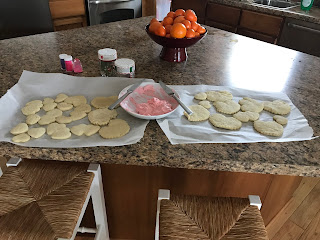 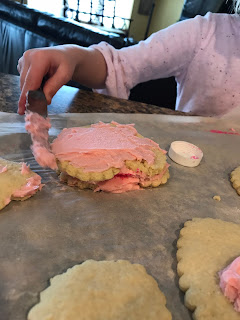 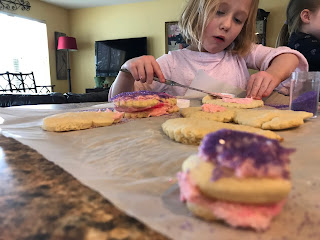 My Tuesdays with Harry are going well.  Ben stepped in and took him out to play baseball when I was home with a sick Dorothy, and this past Tuesday, he and I also included Jack.  But first we stopped for a tiny snack: 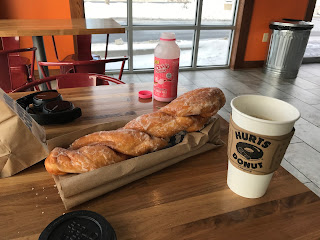 hen we went to my favorite place in the world, our amazing local library, for a chocolate class.  There, the boys watched an episode of The Great British Baking Show and made and ate ridiculous chocolate messes.  They loved it, despite initial misgivings about being the oldest kids and the only boys. (Chocolate Creations does not sound gendered to me, you guys). 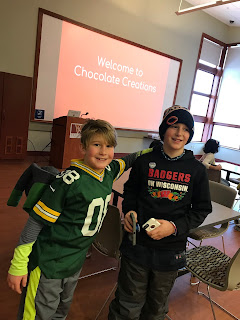 And as long as I was at the library, I raked in my score: 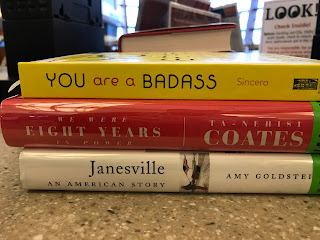 At the end of class, they could make Valentines, and I came upon Jack writing nice and beautiful on the inside of his card in his very best writing.  I assumed it was for me.  UNTIL HE ASKED ME HOW TO SPELL A CLASSMATE'S NAME.  So. 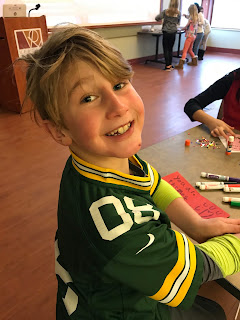 Jack's hockey team was practicing on the outdoor ice, and I made him get dressed inside, including his skates because I was so cold.  And then I realized he needed a lift across the parking lot. Which explains why I see so many parents huddled in the cold outside the outdoor ice tying skates. 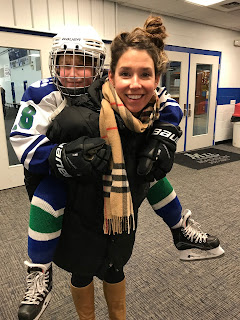 This is how Dorothy laid out her school clothes.  BECAUSE SHE IS THE CUTEST HUMAN EVER. 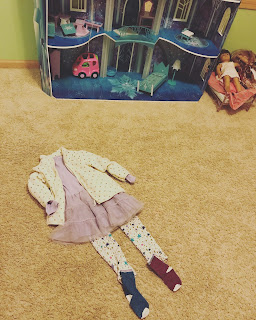 Jack has a truly fantastic teacher this year.  I love everything about her.  But this!  Perfect.  The kids are doing a research project, so they spent some time gathering materials from academic (for elementary schoolers) websites and printing it off.  Next, she is having them take notes about the content and the features of the text.  And she printed labels for their notebooks to help them organize their thoughts into sub points.  SO SMART.  I told Jack that this basically the process he will use to write papers for the rest of his academic career. 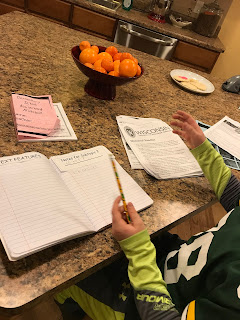 I LITERALLY went to Target for the coffee and maybe the cupcake decorations-- I was thinking sprinkles, but they were all gone because people are ANIMALS. And then the rest just came along with me.  YOU KNOW.  I have actually been teaching Dorothy the fine art of clearance shopping.  I mean why buy something when you can buy it in a month or 2 for FIVE DOLLARS? 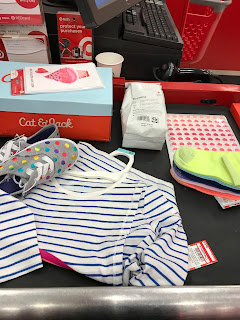