V-Day: The day after

If you ever need to do a V-day activity with 3rd, 4th, or 5th graders, I recommend this broken hearts game.  You cut a bunch of hearts in half and label them each with a famous pair-- one half of the pair each half of the heart (things like shoes and socks, Minnie and Mickey, milk and cookies, etc).  Then mix the hearts up and pass them out to the kids.  They have to run around the room and find their match.  It was SUPER FUN!! 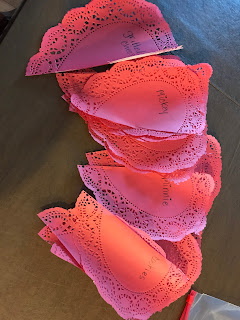 To get Dorothy to give me a teeny little bit of a break (ha! as if!) while I did some class party prep on Tuesday, I asked her to make a happy V-day banner with a couple of packs of Dollar Store doilies.  YOU CAN NEVER HAVE TOO MANY PACKS OF DOILIES lying around in early February-- that's a pro-tip. 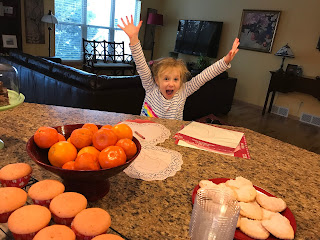 Cooper helped her, briefly. but then he was seized by cultural stereotypes and decoded that all the hearts made him puke. 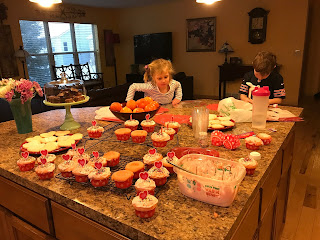 I dyed my cupcakes pink but of course they came out slightly orange.  So then I added some blue, and they turned the color of everyone's parent's bedroom carpet in the 90s.  More read helped.  but, I mean, they're still peach. 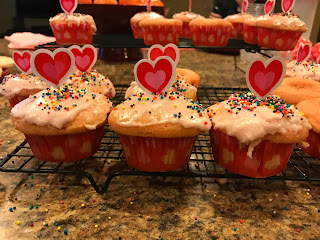 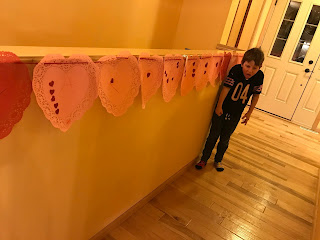 I got a bunch of pink wine and junk food and had friends over to watch Happy Death Day (so terribly bad). I  asked Harry to find a funny Galentines Day meme and write it on my letter board, and he totally delivered.  Plus it kept him busy for whole minutes. 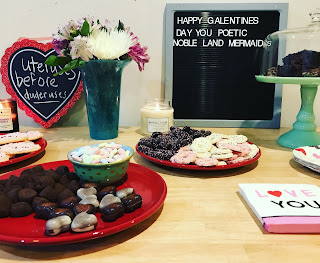 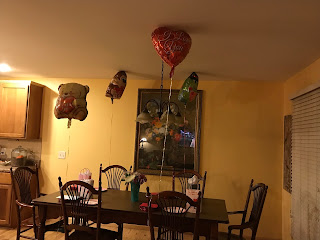 I LOVE THIS DAY. 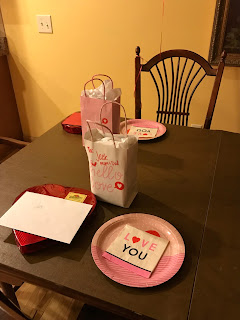 While I waited for the kids to wake up, I made some food "art" 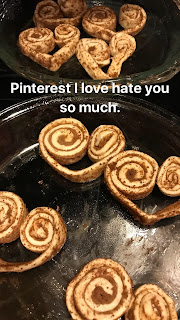 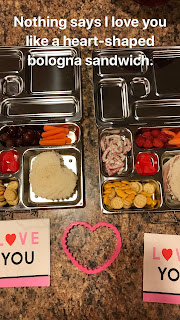 Harry hd a solo V-Day before the other kids woke up. 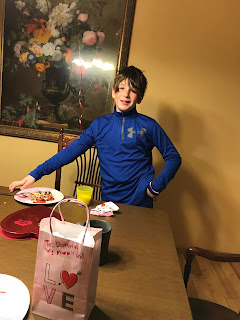 Then he left, and they all found their treats. 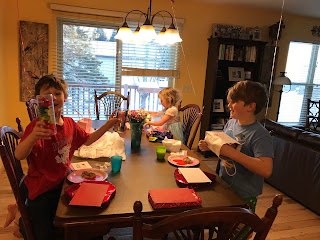 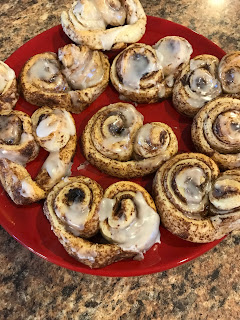 Cooper got a farting pig game and Jack got a dice game, and they played happily, which was sweet. 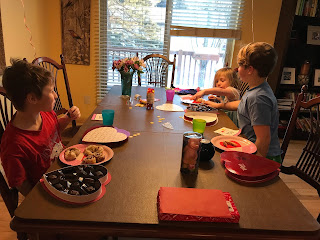 Dorothy got herself all dressed up and then told a mom at school that I made her wear that.  Ha!  AS IF. 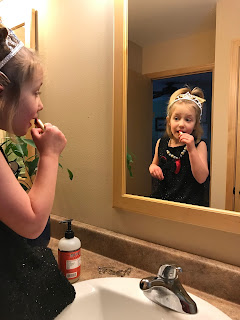 Jack also dressed fancy.  Cooper, though. went with a super hero shirt that Jack got as a bday party favor in 4K. 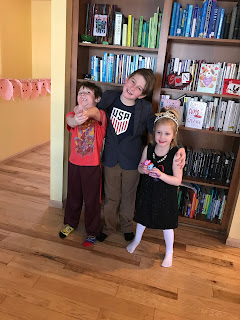 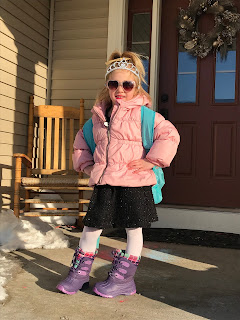 The best part of being a little kid on V-Day is coming home and going through your classroom loot, obvi. 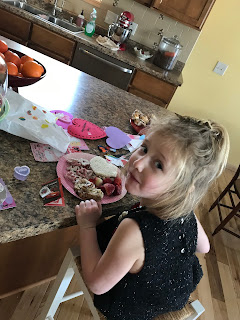 But, for Dorothy, the second best part was going to Harry and Jack's school parties.  On the way there, I found Cooper's water bottle in a snow bank.  That thing has been missing for a solid week. 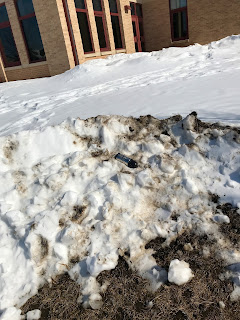 I had the 4th graders use their conversation hearts to tell a story, and Jack got paired up with the girl he is in lurve with.  As soon as the teacher called their names, Jack borrowed Dorothy's sunglasses so he could be the heart-eye emoji face. 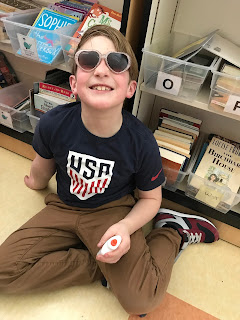 Cooper's party was BANANAS.  For that one, I wrapped up 22 cereal boxes, and the kids decorated them and then handed out their cards and ate a snack.  It was intense. 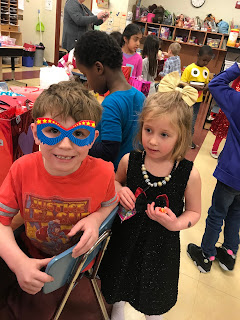 I don't even know what to say about that: 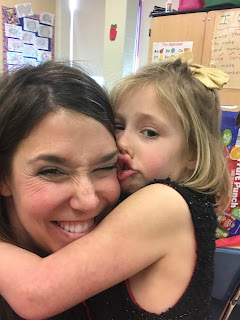 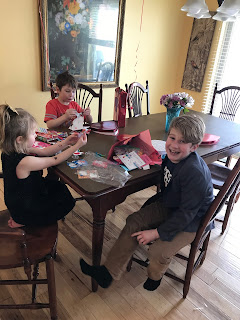 The most fun part, though, was leaving the kids to eat heart-shaped pasta with a babysitter and hitting the road!

We went to a wine bar 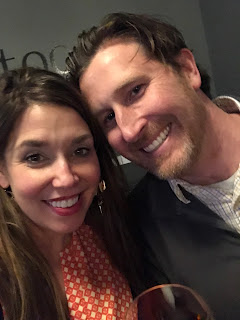 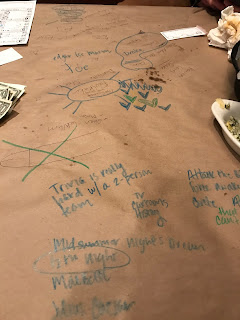 Explorers:  (It was NOT Dora). 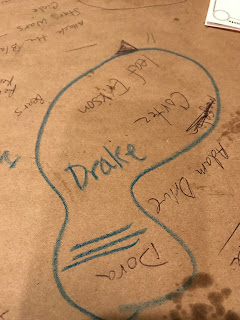