American Girls! At the library!

In retrospect, you guys, Dorothy was so sweet and subdued at our local library's American Girl party a a couple weeks ago because she was coming down with strep throat.  My deepest apologies to everyone we encountered, especially because there were snacks and drinks and communal art supplies.  I DIDN'T KNOW, you guys.  Dorothy HATES HATES HATES strep tests and throat swabs, so she suffers in silence when she has a sore throat.  I thought she was quiet and pale on that Saturday-- the day of the party-- but I didn't really question it too much because we were busy as always with a million places to be. Then on Sunday we stayed in and cleaned the house and everyone was cooped up and crabby, her no more than he next kid.  When I was reading to Dorothy and Cooper at bedtime, though, I noticed that she felt a little warm. Then I noticed that she couldn't swallow without wincing.  Then she told me her tummy hurt.  And the rest is history.  (Lucky Harry had a psychiatrist appointment in the same building, so he got to spend the last Monday morning in January at the doctor with his baby sister.  And then I was so over driving everyone around that I got them both ice cream and garbage for lunch at Culvers that I demanded they eat before the other kids got home.  And then I went to work for 6 hours as soon as Ben walked through the door.  I AM THE BEST).

But!  Before all of that happened, Dorothy and her 2 favorite dolls and I (it was really hard to get her to narrow her choices down to 2.  I wasn't about to press my luck and insist that she choose just one) hit up the library for an American Girl party!  it was so simple and sweet that I am for sure stealing all of the ideas and using them for her birthday party next year when she turns 6 because 5 is already figured out already.

She looked hard for the fanciest dress is her closet and I think totally nailed it. 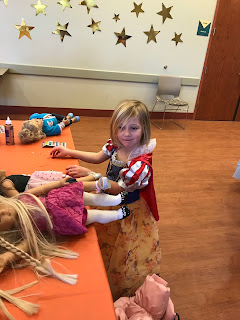 She dressed Julie and Samantha up, too, and had a blast at all of the stations.

She made a mini birthday cake from an LED candle. 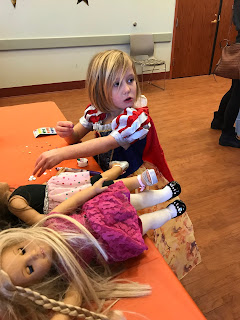 She made friendship bracelets for herself and her dolls. 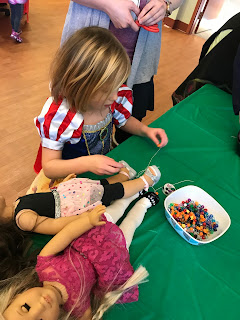 Which they all modeled. 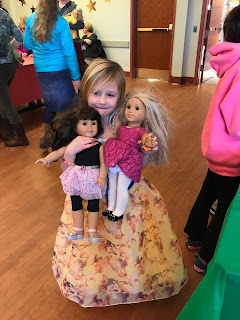 She stopped for a punch break. 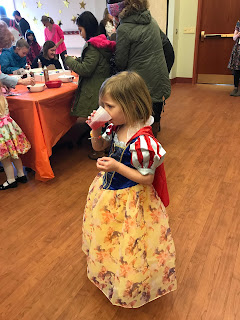 She decorated a couple of party hats 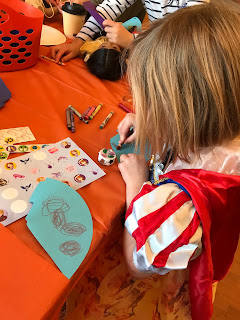 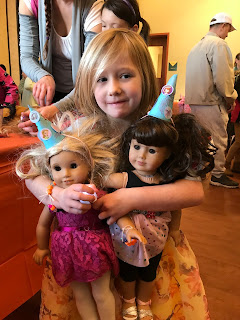 And then she had some cake. 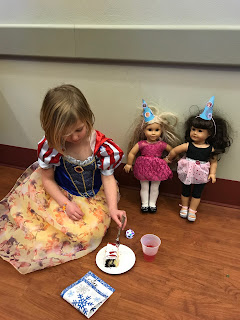 Finally, she made a rocket in honor of the girl of the year. 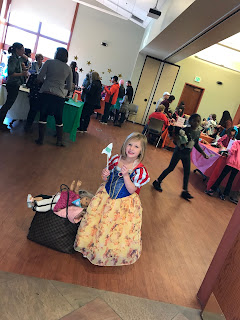 Adorable and why I love libraries. (Well, I mean, that and the books).