The Royal Princess Ball Made us Jump for Joy

On Saturday, Dorothy and I were lucky enough to snag two VIP tickets to the Royal Princess Ball!  Neither of us had any idea what the heck this event could possibly be about, but we were excited anyway because ROYAL PRINCESS BALL? How could that be anything but awesome!

The hardest part for Dorothy was figuring out which Disney costume to wear.  Top contenders: Belle, Snow White, and Jasmine.  She also contemplated her Poppy costume since technically that elf is a princess,  But don't think she didn't try to cram on her super teeny Sleeping Beauty, Anna, and Elsa dresses, too.  She forgot all about poor Cinderella until she got there and saw a bevy of them.  As soon as we walked into the lobby she said loudly, "Oh my gosh!  There are SO MANY ELSAS. "  And there were.

Ready to go (she went with Jasmine, obvi, and her pink heels that have Disney Princesses ON THE INSIDE (we saw about 10 other little girls in the same shows because TARGET), also lipstick and blue mascara. 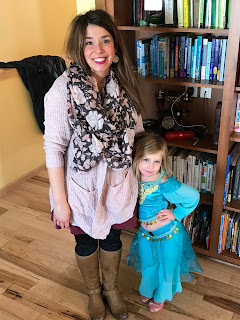 I was like listen, I don't want you to think you have peeked at 4 or anything, but this is probably your only VIP experience. 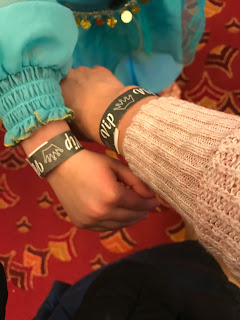 When the doors to the ballroom opened, we found an entire space packed with princesses and tiny girls in princess costumes and their Instagramming moms.  It was pretty much awesome. 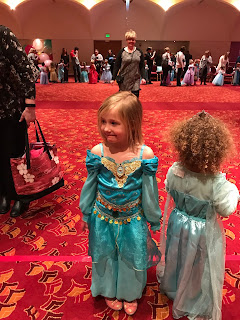 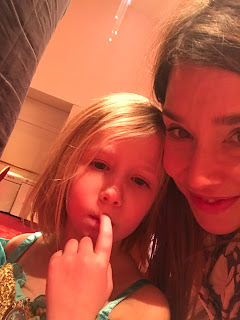 But first!  SHE GOT TO GO ON STAGE AND BE CROWNED! By Ariel!! 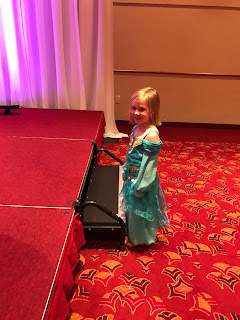 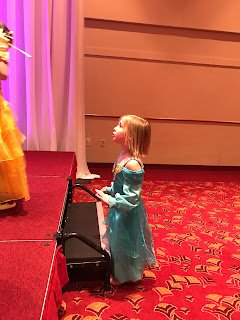 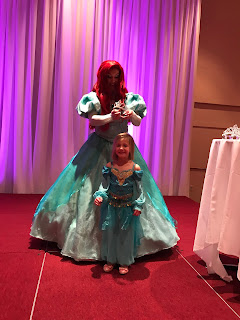 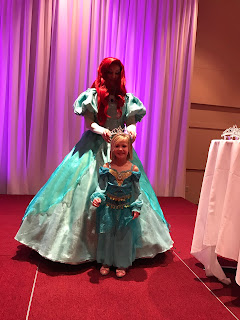 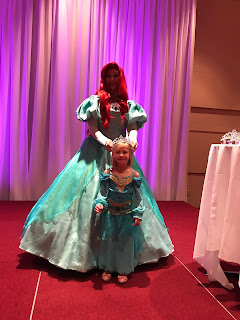 For the next 45 minutes before the other ticket holders gained access to the ball, we just sort of walked around this hall of princesses and got autographs and took pictures and made crafts like crowns and... well, all I saw was crows but there were so many craft tables, I have to imagine there were also other things. 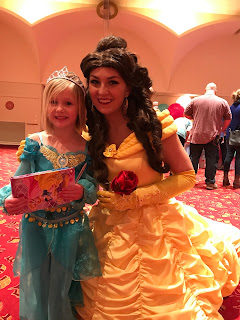 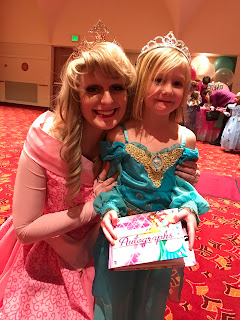 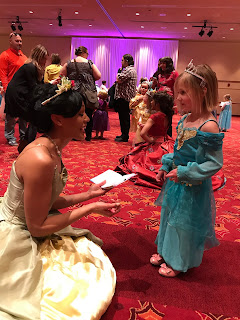 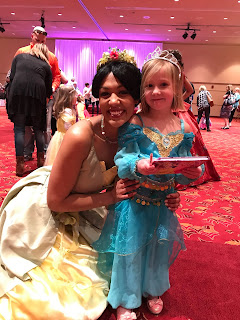 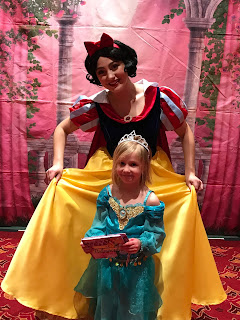 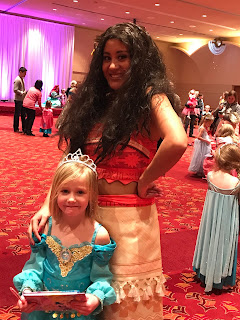 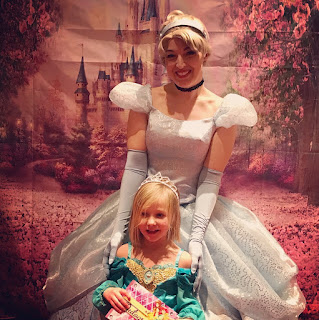 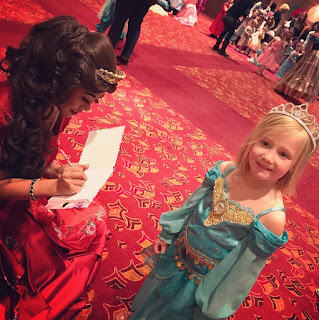 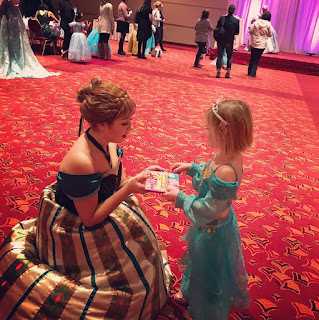 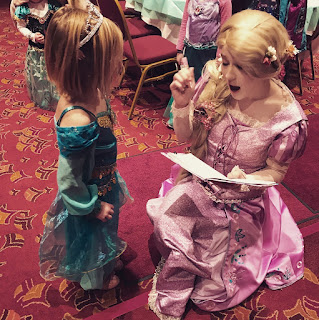 Then they played the song from Frozen about opening up the gates and let everyone else in, which CRACKED ME UP.  And then the real party started.  It was like a tiny princess mosh pit and Dorothy loved every second:

After more dancing than I thought could possibly be fun but WAS, apparently, the emcee said she had a special surprise and started playing "I've Got This Feeling" and then PRINCESS POPPY bounced her way into the ballroom.  Dorothy was ecstatic because POPPY IS HER FAVORITE! 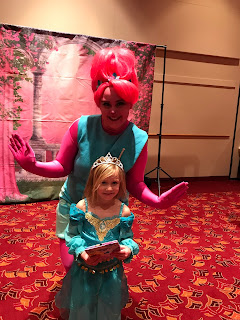 We had more fun than I thought we would, but I think, as in all things with little kids, the trick is to keep your expectations suuuuuuuuuuper low. 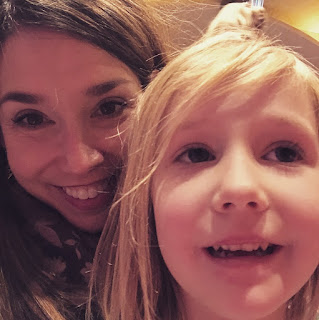 She immediately started work on improving her autograph book:
And then!  On our way back to the car, I snapped my favorite picture in the world! 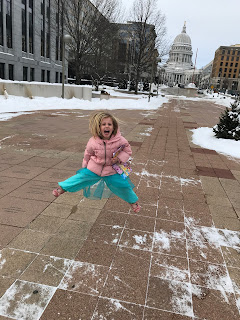