OH MY GOD look at pie.  Someone-- 3 someones, actually, PUT THEIR HANDS IN IT while it was setting in the fridge.  We threw it away because yuck.  Also, I need to stop being so lazy and just go downstairs and get what I want from the basement fridge instead of asking the boys to get things for me.  LESSON LEARNED. 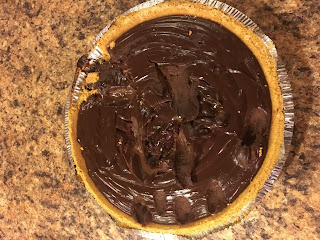 Harry has a good-deed-of-the-day advent calendar, and he's doing the deeds. 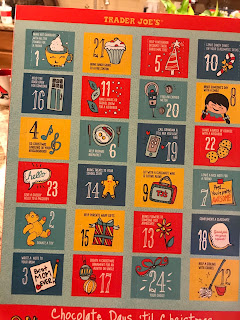 His friend was happy to get a hot chcocloate on the bus. 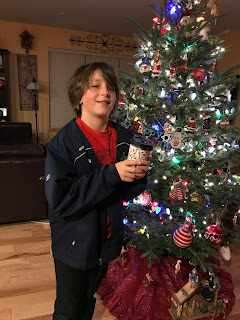 Dorothy is ALL IN on Christmas and asked me why anyone would use other plates ad cups all month.  An excellent question. 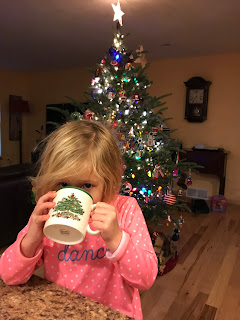 Dorothy and I had to take Harry to the orthodontist on Friday (he gets  retainer next month ahead of braces in a couple of YEARS because he still has so many baby teeth), and he texted me from his class asking where the heck we were because we were a little late.  I texted back this: 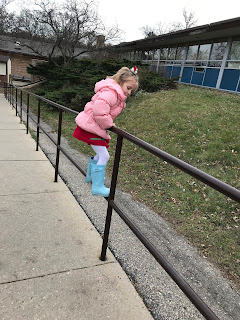 Family move Friday: claymation Rudolph-- wrong on SO MANY LEVELS.  I used to watch it while getting ready to go to my grandma's for Christmas Eve, and I loved it so much it almost took my mind off of presents and cousins and cookies.  But OH MY GOD it;s so sexist and awful and I think the nose is a metaphor for hetero-normativity and I just wanted Mrs. Donner to SPEAK UP.  But, you guys, she doesn't even have her own name.  Poor Clarice.  Also, a dentist?! 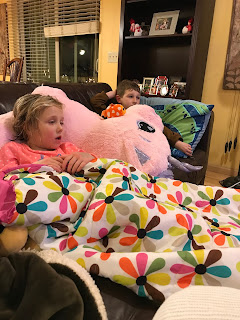 Then Ben and Harry and Jack and I watched A Christmas Prince which is wonderfully horrible.  Read this review-- now you can't wait to watch, huh? 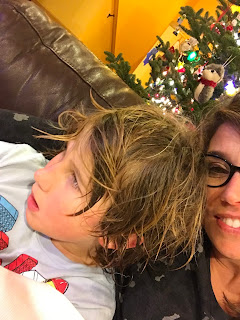 When they get along, they are wonderful.  I wish this picture showed their aprons.  Cooer's is a Santa one that says nice on one side and naughty on the other (I actually have 2 from The Company Store, which is a place I love and always forget to shop at and I have had these forever, but now they barely fit Dorothy and Cooper-- SOB), and when I asked him which side he wanted to wear, he thought about it for a few minutes and said naughty somewhat regretfully. Ha!  Jack is painting our front tree all lit up for Christmas, BTW. 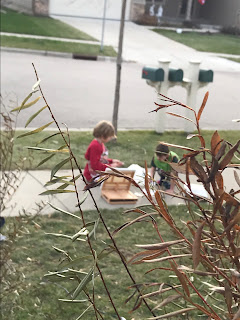 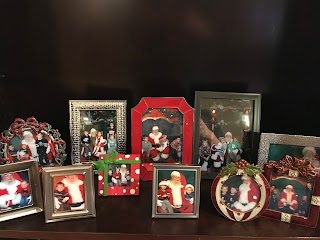 We had 3 hockey games in a row yesterday.  That requires a TON of snacks. 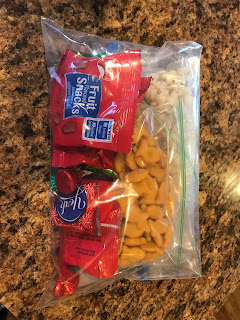 Tough guy Cooper on the ice.  HE SCORED 2 GOALS!! 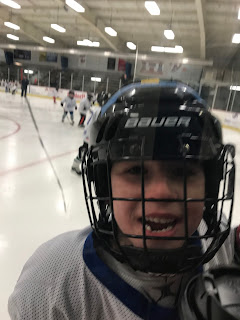 Harry was such a cute and sweet spectator.  Dorothy and Jack ran amok in the zamboni puddles and trash under the bleachers. 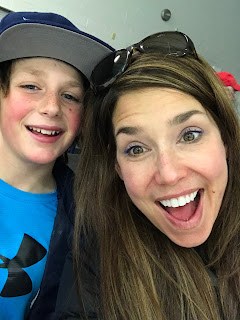 Dorothy was thrilled, though, to see Ben on the actual ice (he coaches Cooper's team).  She kept saying "Is that my daddy?  My real daddy?" 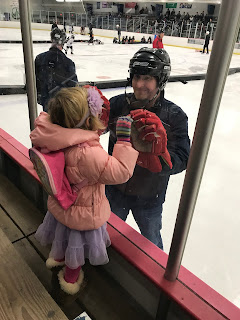 We also went to Costco.  ON A SUNDAY.  But that stupidity is not pictured because SERIOUSLY.  Then we dropped Harry off at his last game of the day and went to a brewery for a quick appetizer to get us through because the snacks were long gone.  It was a place that randomly has a Santa brunch and a Santa mailbox, so the kids wrote letters. 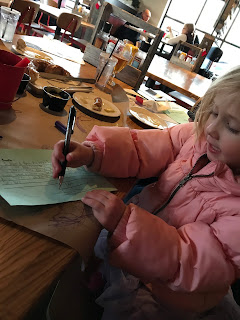 I took dictation from Dorothy.  Santa has nothing on her list, by the way. 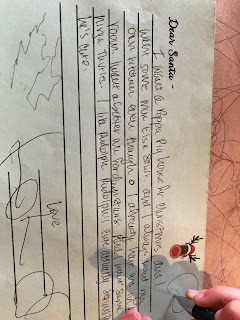 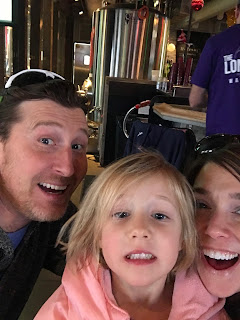 A goal!  And an assist! (His team has lost every game this season, but he's still happy and excited to get out on the ice every time!) 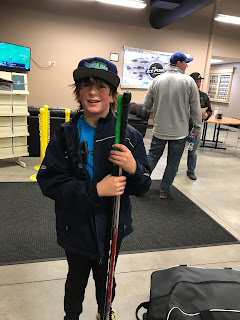 I would have used a spatula to take the top layer off and then eaten that pie - or at least let your kids enjoy it
Harry’s advent calendar is amazing!!! Where did you buy it?
Your collection of Santa pictures is priceless. What s treasure. The only thing missing is Beatrix with Santa.