I am writing this the next morning, which means tonight is night 7, and WOW-- how is it already the penultimate night of Hanukkah??  I must be getting old because the days are speeding by.  Next thing you know, I will be telling the kids that Christmas is right around the corner... on December 26. 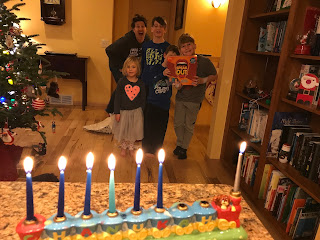 We bought Speak Out for this night, and it was HILARIOUS.  I laughed until I cried.  It was definitely too old for Dorothy and Cooper (which is why it has a 16 and up rating, oops), and I wish I had bought them a different game because there are a million they want.  But!  We all payed and even though it was almost dinner time and everyone was hungry, we had a ton of fun. 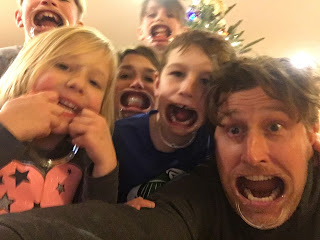 We were the first 3 to figure out the mouth things, so we ran to the mirror for a picture, natch. 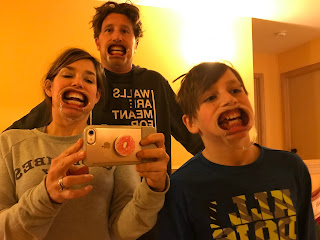 Dorothy really thought that we were all insane. 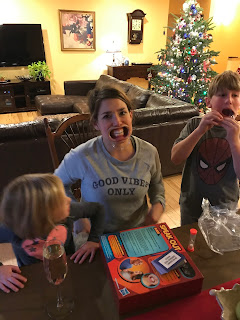 He was SO FUNNY and so indignant when we couldn't understand him.  It totally slayed me. 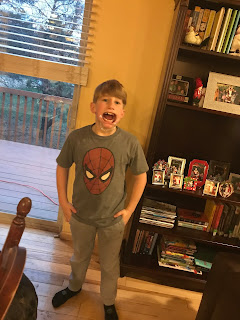 The kids all SLEPT in their slippers. Toofy had quite the adventure. And!  No pictures because Dorothy was a handful, but Harry's hockey team won their game!

I totally skipped Speak Out even though I’m sure my kids would have loved it. I’m claiming hygiene but it’s really vanity... And speaking of, you look TINY! I try never to comment on people’s size but I’m thos case I couldn’t not!