In some ways I feel like we really biffed this potentially awesome theme because we ended up getting all 3 little kids Flip a Zoos, which they have really wanted.  but then we had to get something else for Harry, who did not want a reversible stuffed animal.  But with a theme like that!  We could have gotten much awesomer stuff, is what I am saying.

When I picked Dorothy up at school, I was charmed by her headband on the outside of her hat. 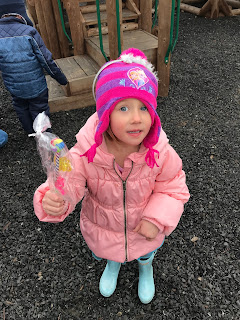 Some people complain about the Frozen short that aired before the movie Coco, but those people are not Dorothy. 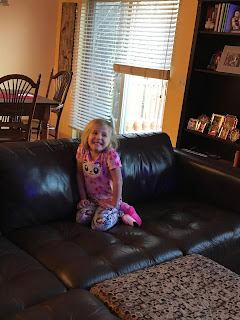 As you can see, she is THRILLED that it was on TV and Ben DVR'ed it. 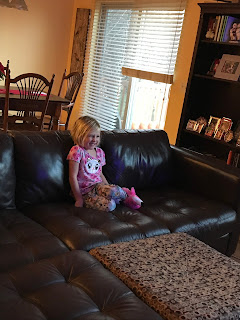 I mean, you guys-- they were legit excited. 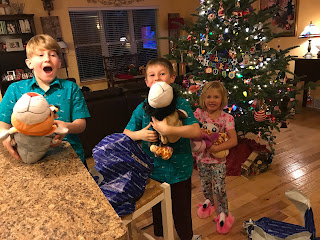 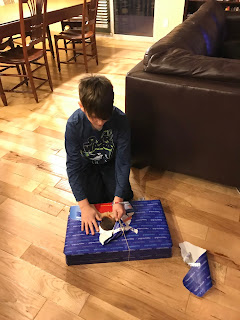 And then Ben spent FOREVER putting it together with the help of the world's worst directions.  Just a couple of spare parts at the end.  Totally normal, right? 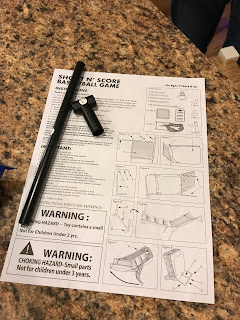 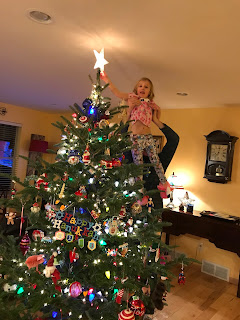 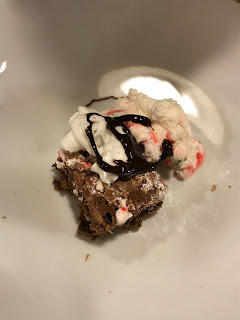 Dorothy feeds the dog from the table and then SHARES A CHIP with her. 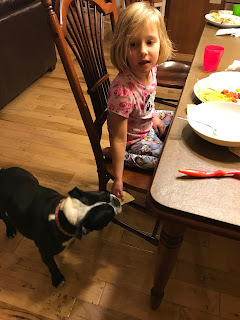 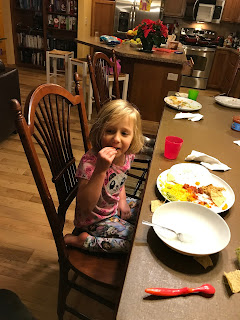 January book club pick!  Can't wait!  (I have 2 more books that might be contenders and then I am making my best-of-the-year list!!) 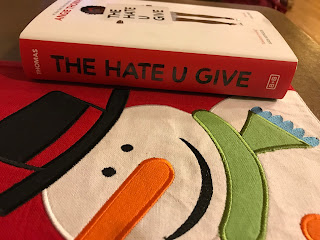 I thought I would be able to veg last night, but then I realized we will be gone all night tonight for a Hanukkah surprise and both Cooper and Jack have holiday parties on Wednesday and I have signed up to scramble 6 dozen eggs and bring them to school in a crockpot and then serve a pancake breakfast in the morning (Jack) and spearhead a cookie decorating and marshmallow snowman cookie party in the afternoon for which I also volunteered to bake the effing cookies (Cooper).  So.  100 quick cookie people before bed.  And also Bad Santa 2. 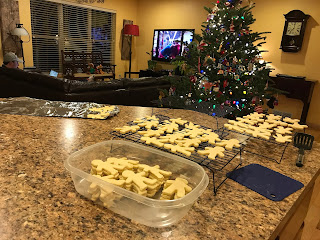 Speaking of school holidays!  A Facebook thread about what to do for junior high teachers (since there are literally 12--- TWELVE-- staff members that Harry interacts with on a daily/ few-times-a-week basis at school) inspired me to brig a couple dozen donuts to the teachers' lounge on Monday with a thank you and happy holidays scrawled across the box-- perfect!  And Harry brought a donut to his bestie, who apparently sometimes brings him one in the mornings-- so cute!