The happ-happiest season of all

I think I mentioned that I felt Scroogey because we didn't have our tree yet.n  Welp.  We fixed it by doing a marathon tree-buying night on Thursday, randomly after school.

Speaking of school, these 3 documents were all living in the same file folder that I pulled out for lecture hashtag working mom: 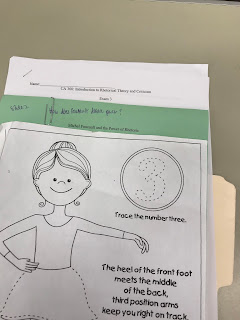 While we were at the tree farm, this tricky little bastard came out to play, and when we got home, I hate all the fucking candy.  Practically. 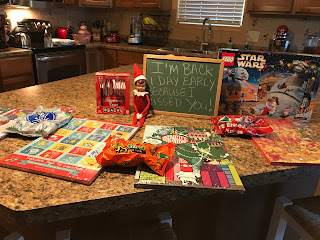 I wanted to buy a lovely pre-cut at the shop because THAT'S WHERE THE BEST TREES ALWAYS ARE, but the kids were chanting "Chop it down" before we even made it up the winding tree-farm drive.  And, I mean, you can't reason with an angry mob. 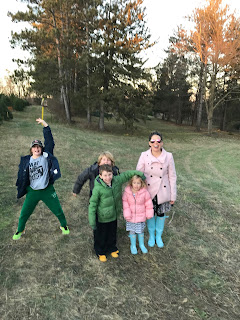 Especially when one of them has a saw. 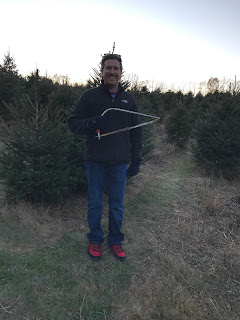 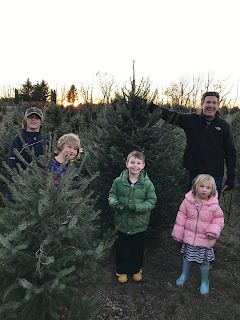 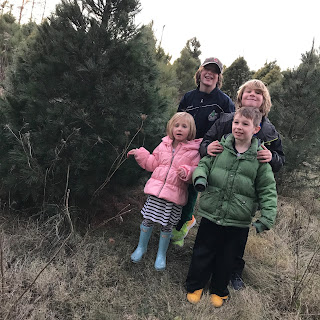 But then we went back down to the shop because most of the trees in the field were brown.  I TOLD YOU SO, angry mob.

We actually found the most perfect tree ever.  It was sort of more high stakes than usual because we decided to only have one.  We usually put one in the basement and one in the living room, but we got such a furniture windfall from Ben's parents that we now have a recliner and a game table in the family room, which, as Dorothy explained, would make it hard to have a tree AND to twirl. So, we got one, perfect 7.5 foot fat little tree and thought for the billionth time that we should have built a house from total scratch so we could have tall ceilings and a FIREPLACE.  Every Chrismukkah we think this, by the way. 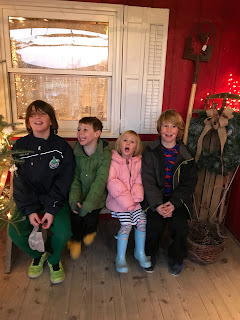 Dorothy never smiled in a single photo, but she had fun and was a delightfully merry little elf. 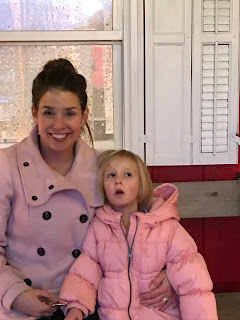 Harry was JOYFUL to the extreme.  He jogged up the hill to the tree field and darted from tree to tree exclaiming over each one and calling to us to come check it out.  He sped around the shop trying to decide if he wanted an ornament or a snowman for our bookshelf that-- thanks to Ben's mom-- is teeming with snow men.  He JUMPED FOR JOY upon leaving the store.  He's a delight. 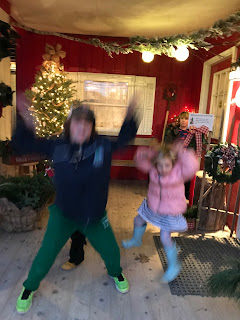 So are the other kids.  I mean, it 's the happ-happiest season of all.  Harry the elf said, "Mama you should put on some Christmas music" when we got home, and I totally agreed because DUH. iTunes Radio was the perfect mix of our favorite songs, and we let the music play from 5:30-10:30 when Ben and I finally went to bed.  Downright joyful. 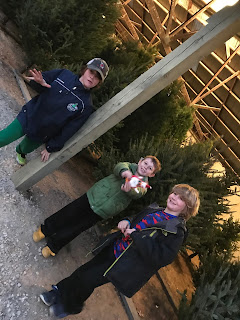 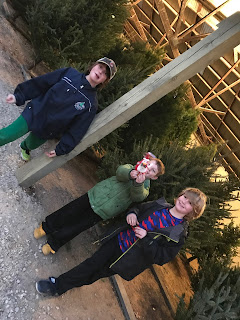 Jack gets this exact same ornament every year and has me write the date on it.  He's adorable. (Dorothy got a giant gold clip-on pointsettia after almost breaking all of the things)

As good as our family selfie got. 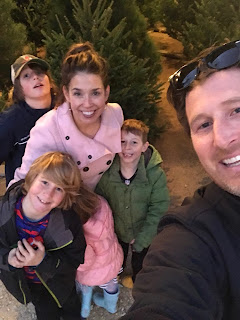 They were so happy to see Toofy! 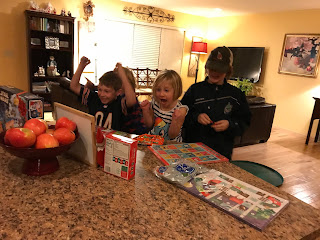 Jack volunteered to be the sacrificial tree helper. 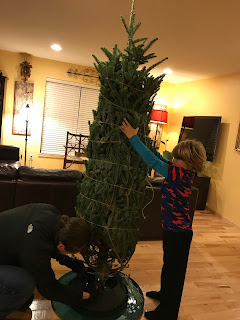 And they were all overjoyed to get out their favorite stuff and hang it on the tree.  The only person who broke something was Ben. 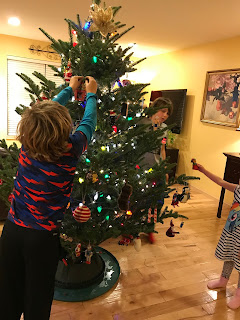 Seriously, the tree is cartoon cute. 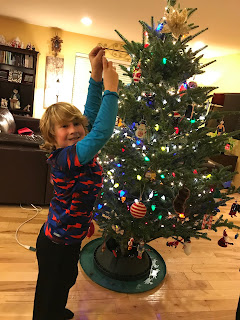 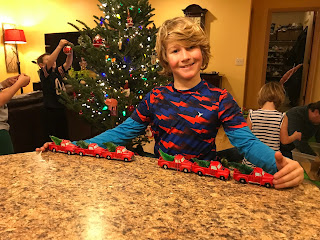 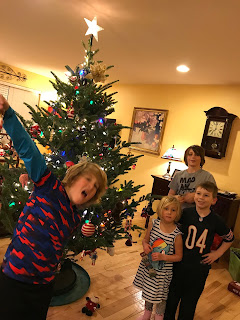 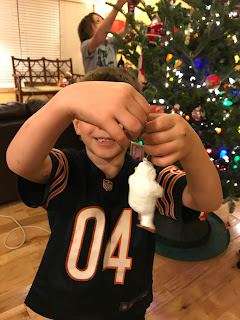 Everyone was so sweet and happy even though I made a turkey pot pie that was frozen badly (by me-- I put it in the freezer a little crooked, and it slopped all over the place), and it took almost 90 minutes to cook.  I finally threw in a frozen pizza, and the kids ate that while Ben and I ate our salads and waited the last 15 minutes for the pie.  Which was AMAZING.  Ben, Harry, Jack, and I gobbled it up with no leftovers.  Which is totes fine because there are 3 more of them in the freezer.

I cleaned up dinner after the kids went to bed and Ben finished the tree.  I LOVE IT! 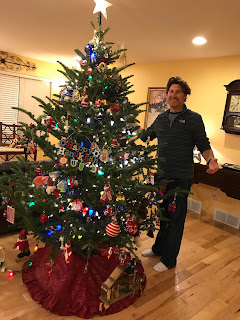 We hung up some stockings, and I put out the rest of our hundred million holiday knick knacks that I love but also make me feel claustrophobic just a little. 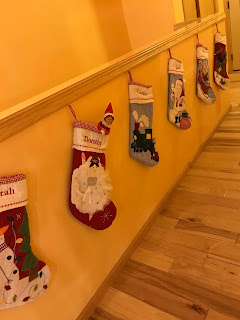 Ben's favorite ornament from when he was a kid. 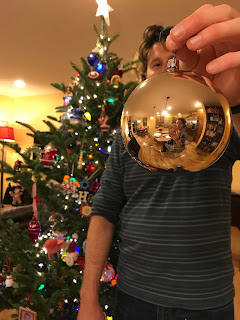 And look!  100 Chrismukkah cards ready to hit the mailbox first thing in the AM on December 1! 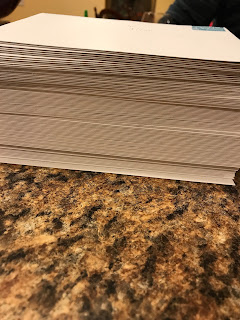 Holiday spirit, we have it!
Posted by Sarah at 6:16 AM

You and Zadie have matching stockings! Except hers is blue. I'm going to try to nab some for me and andrew on post-Xmas clearance because I love ours, but they don't match the kids' and it just looks weird.

I love the picture where the kids see that Toofy came. Dorothy’s expression gives me all the feels, Cooper is joyful, and Harry is way too cool to react. Priceless!!!