If you have a ton of kids and you celebrate many holidays, make sure you add the sibling gift exchange to your holiday repertoire.  I feel like this night would be EVEN BETTER if they could buy their own gifts with their own cash, but que sera.

On a quick side note about other things that happened in our day, can I just tell you that Harry kind of gets the shaft going to school like 90 minutes earlier than everyone else.  So many brown sugar pancake breakfasts missed!  (These are great-- not as good as classic buttermilk pancakes but I don't always have buttermilk and I never think milk turned sour with vinegar is quite the same even though it is). 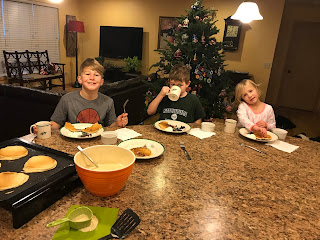 Originally, we planned to eat out because we had a 6th grade band concert to look forward to after dinner, but then Ben needed to work a little later grading for finals week, so we decided to save time (by which I mean save everyone's time but mine) by eating at home.  Only there was a catch. We had like nothing to eat meal-wise in the house but lots of super random food. I scraped together a meal plan of pulled pork in the crockpot, peaches, corn, fries, and from scratch cupcakes (because I always have what I need to make a cake).  I was so satisfied with my domestic prowess that I took pictures of dinner. 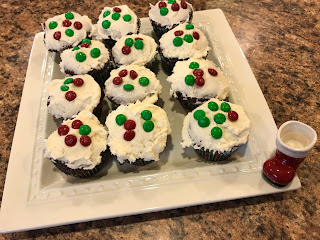 Multiple pictures that I show you for when my hubris comes back to bite me on the ass. 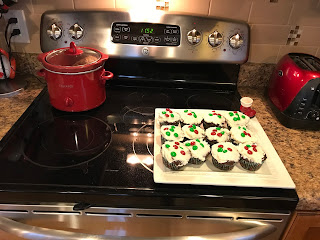 Okay, but seriously, the sibling gift exchange was a YUGE hit. 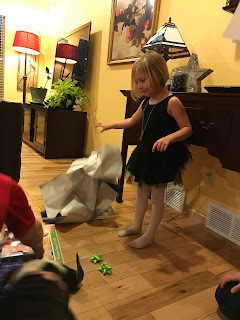 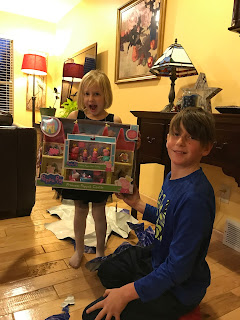 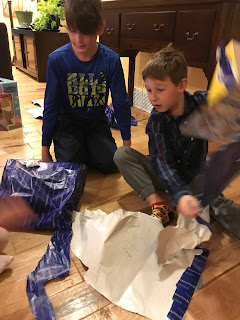 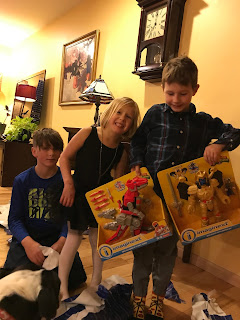 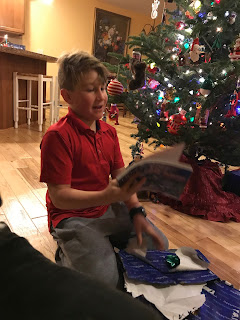 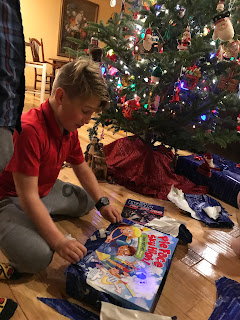 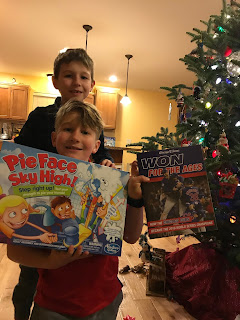 And Jack bought for Harry: 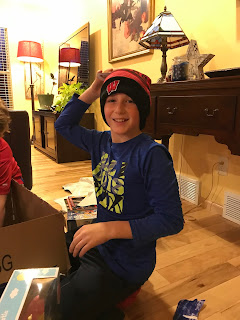 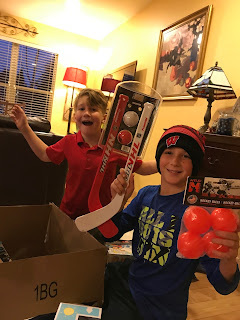 While this merriment was happening, I smelled nail polish cooking on the stove.  Only it wasn't nail polish.  IT WAS THE DIAL on my tiny, little, adorable, perfect-for-half-assed-dinners crockpot.  I tuned on the front burner to cook the corn, and apparently the front burner gets really hot.  At least it wasn't my medium crockpot or my really big crockpot?  Still, I hate to ruin the three bears crockpot thing I have going on. 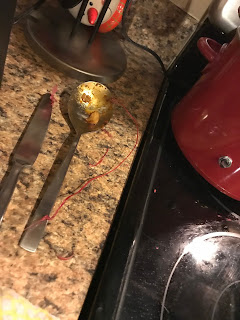 They played happily while I almost burned the house down and we waited for Ben. 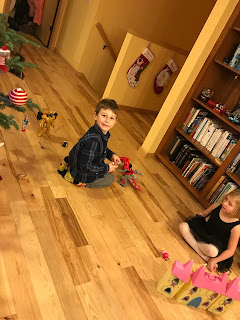 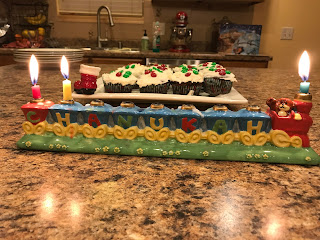 The little kids HATED the band concert.  Boring!  Cold!  The gym smelled bad!  But Jack was up for a selfie as usual. 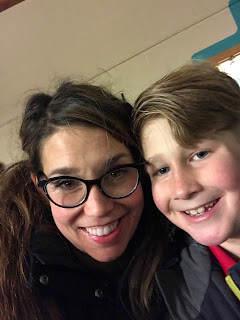 Such a cute litte saxophone player: 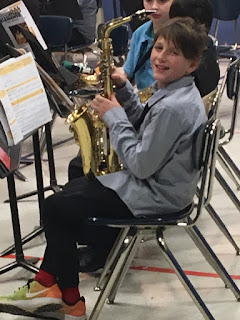