The kids and I have a really serious goals we need to accomplish this month.  We want to watch EVERY TERRIBLE KIDDIE CHRISTMAS MOVIE on Netflix.

This is not going to be easy you guys because HAVE YOU SEEN THE MOVIE LINEUP?! There are so many.

Last night after dinner, Ben went downstairs to do some grading, and the kids and buckled down and got to work while I cleaned the kitchen.  We watched what I hope was the worst of them all, My Little Pony "A Very Minty Christmas."  Luckily, we could all mock it and Dorothy could still do very serious interpretive dances during the singing parts.  So many singing parts. 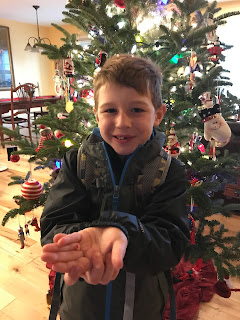 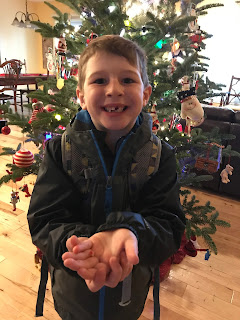 I feel terrible for Beatrix because we relocated her bed for the holidays (and by relocated, I mean shoved in the storage room).  We thought she'd be fine because she spends 99% of her time on the couch or the ottoman anyway, but she would really like an alternate place to lounge.  Before she jumped on the stuff I had laid out for Dorothy to take to school, she was under the tree like a super-sized cat.  Next time, I promise to get a pic of that.  Luckily, Dorothy doesn't care that her coat is all full of hair and smells like dog. 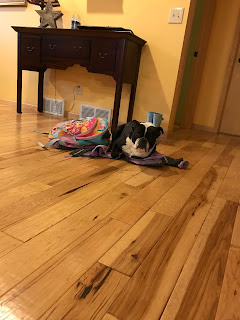 LEGO guy for scale-- look at the size of Cooper's shark tooth: 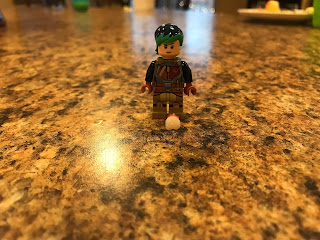 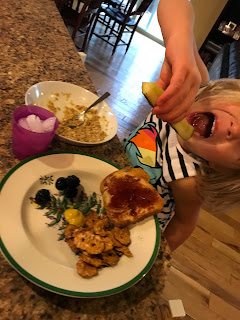 I had a pretty major bacon bits spill, but Beatrix was there for me, man. 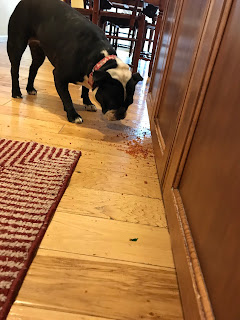 Jack fashioned his candy cane into a shiv while watching My Little Pony.  THAT'S HOW BAD IT WAS. 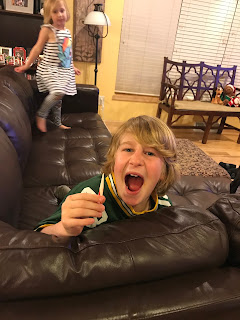 I promised Cooper a Power Ranger Christmas move (there are a couple to choose from because Netflix hates me, apparently) at breakfast in just over an hour.  LUCKY LUCKY ME.

All kids seem to have that need to turn candy canes into a shiv.

Oh, I do hope that kitten movie is on your list! My oldest (presently 10 going on 39) discovered it last year and watched it over and over and over. I love me some kittens, but OH EM GEE. All the candy cane shivs if I have to watch that again this year. So far he's been obsessed with one about a snowflake? Or an elf named snowflake? Or something like that. I saw it from afar and felt that Merry Christmas eye twitch beginning...He just informed me it was called The Magical Snowflake and then I lost all hearing. Weird how that happens!