His and Hers Movie Nights 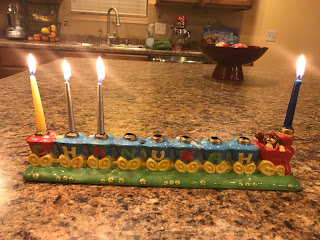 If working motherhood looks like a wobbly table at my favorite coffee shop in the universe (because they make the best cup of coffee in town period), then it smells like Downy wrinkle releaser because 9 times out of 10, I spray that stuff on my shirt when it is on my person, and I have one foot out the door.  That's got to be so good for me. 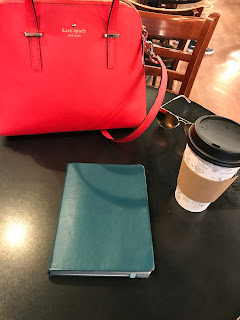 I took a quick lunch hour to chaperone a kindergarten field trip at the Children's Museum. 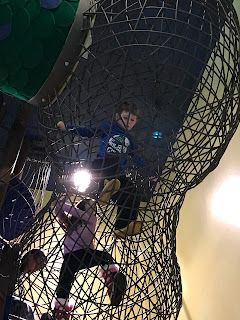 It was an hour well spent. 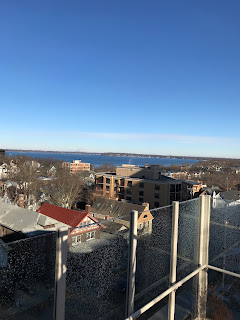 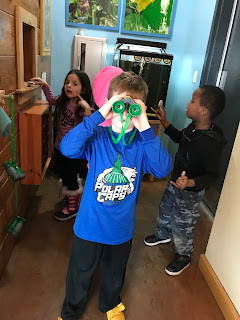 Cooper spent most of his time in the Frank Lloyd Wright exhibit building with these amazing blocks.  The goal is to recreate the out-of-this-world dog house that Wright built as a kid, but Cooper;s creation was pretty darn fabulous. 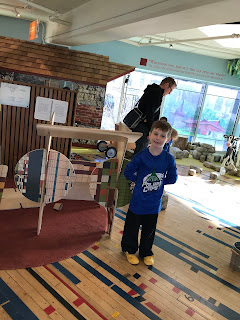 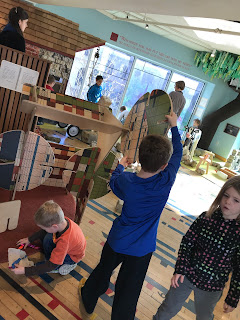 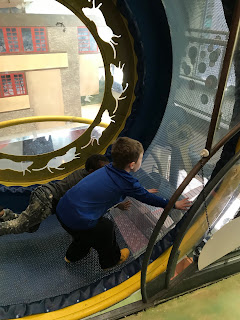 And then came back for more building. 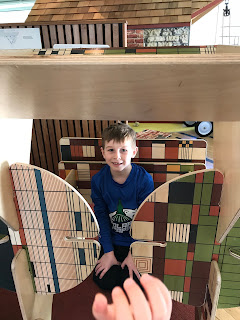 I came home to this box on my porch and rescued it before the literate children could see it.  Thanks a lot you ruining box who ruins surprises like a ruiner. 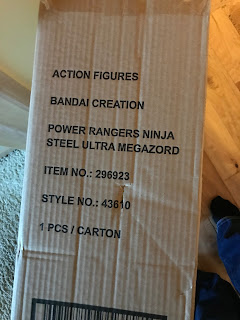 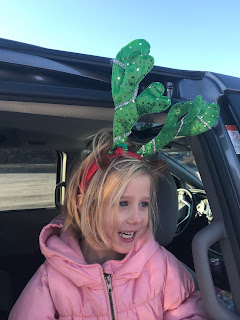 While they waited for Ben to come home so they could open presents, the kids played with Jack;s Pie Face game from last night. 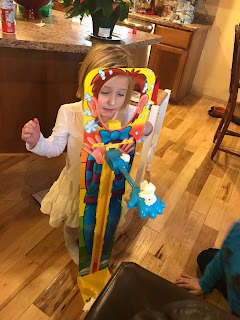 The boys were deloihted to find new Star Wars shirts, new sweatpants (ALL THEY WEAR IS SWEATPANTS) and movie candy, along with tickets to the first showing of The Last Jedi and the news that they needed to eat their pizza quick because the dork van was pulling out of the driveway in like an hour 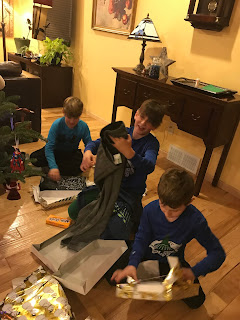 Dorothy was thrilled to discover something not Star Wars related. 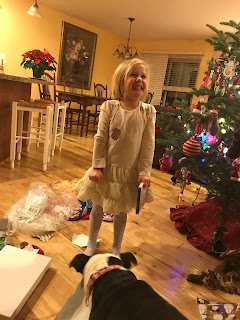 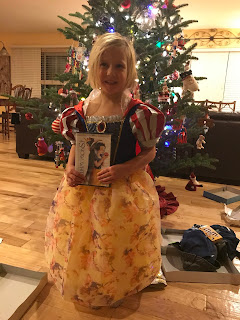 She and Beatrix and I loved it. 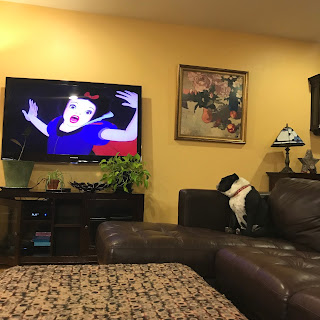 My brother-in-law has turned the new Star Wars movies into a pseudo Christmas tradition. They always go to midnight showings. They being my husband, oldest son, and brother-in-law. Last night they got to go to a showing at 6 and everyone was thrilled! Apparently, the brother-in-law wore a Darth Vader Christmas sweater. My son wore Chewbacca pajamas. He came home with super cool giant Star Wars trading cards. I got to watch trashy tv at home in my pjs. It's a good tradition. :)