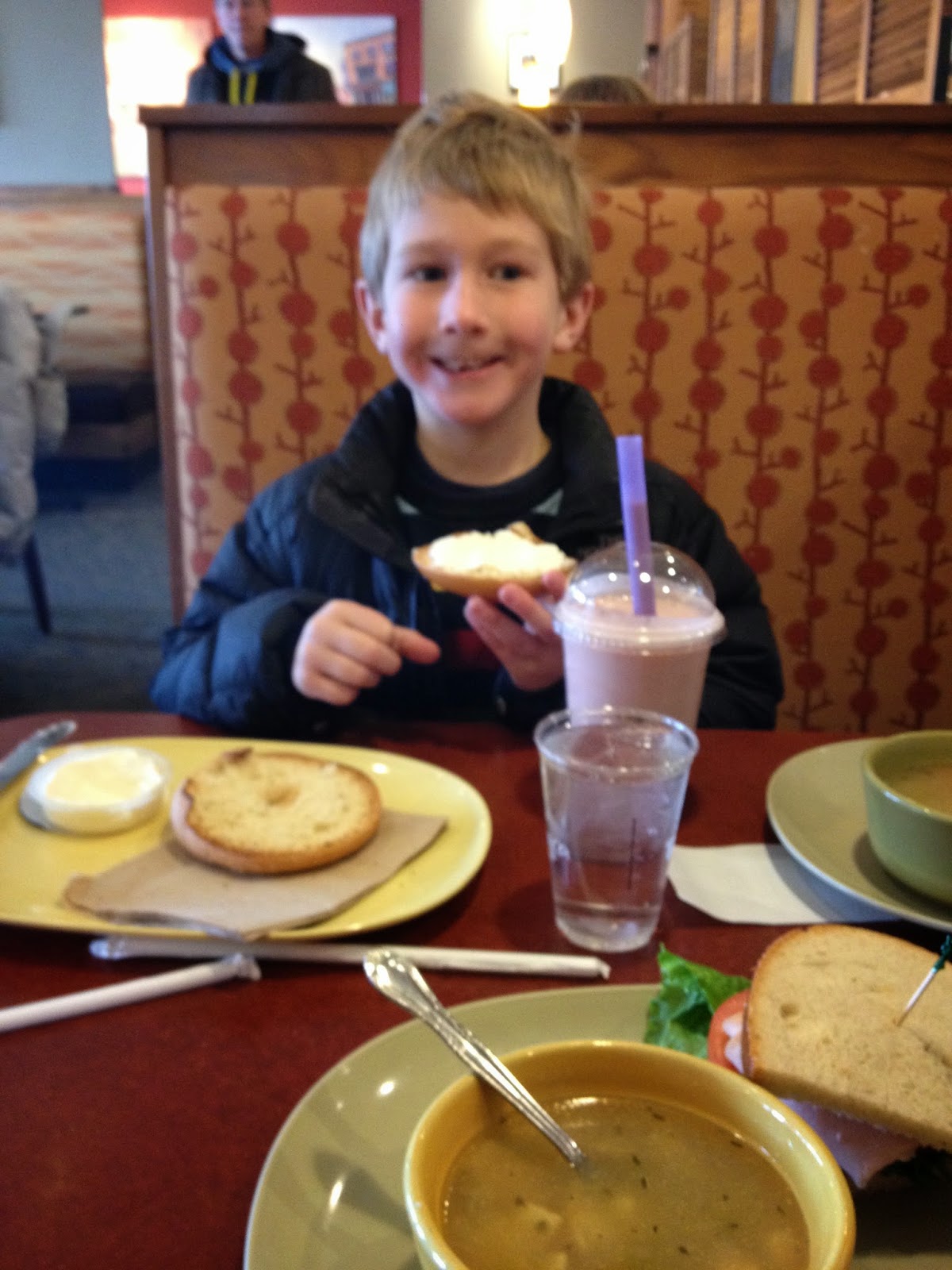 I took sweet Jack to lunch and Target and the grocery store today, and we had a lovely time.  He adores Panera, and we never go there anymore because we never go anywhere anymore because Dorothy and Cooper are not fit for public eating.  Jack is a slow eater, and Panera was packed, and a worker tried to clear his trays like 5 times, but Jack?  Did not let that interfere with his pace.

He asked me when I am going to start volunteering in his classroom this year, and I was happy to tell him January. He asked if I would come during work time,and I said yes, so he asked me if I would just walk around and help people who raise their hands.  I said I think I will be taking small groups out of the room to work on stuff, and he said, "Oh, like vowel work."  I asked what that was, and he looked at me like I was a total idiot.  "A E I O and U?" he asked.  "They are not ready for Y, the people who need vowel work." He KILLS me.


We finally got the huge recliner out of Dorothy's room because today, I was playing my favorite game with Dorothy and Cooper where I lie on the ground and pretend to be asleep and they pretend to wake me up (I LOVE games where I can lie on the ground), and Cooper jumped on my side, and it really hurt, and I sat up, and he slammed his head on the huge recliner. And you guys, I need enough floor space to play lie down and sleep games.  So, this is my new view when I nurse Dorothy.  ON THE FLOOR.  I hope the lack of recliner encourages her to stop nursing soon. 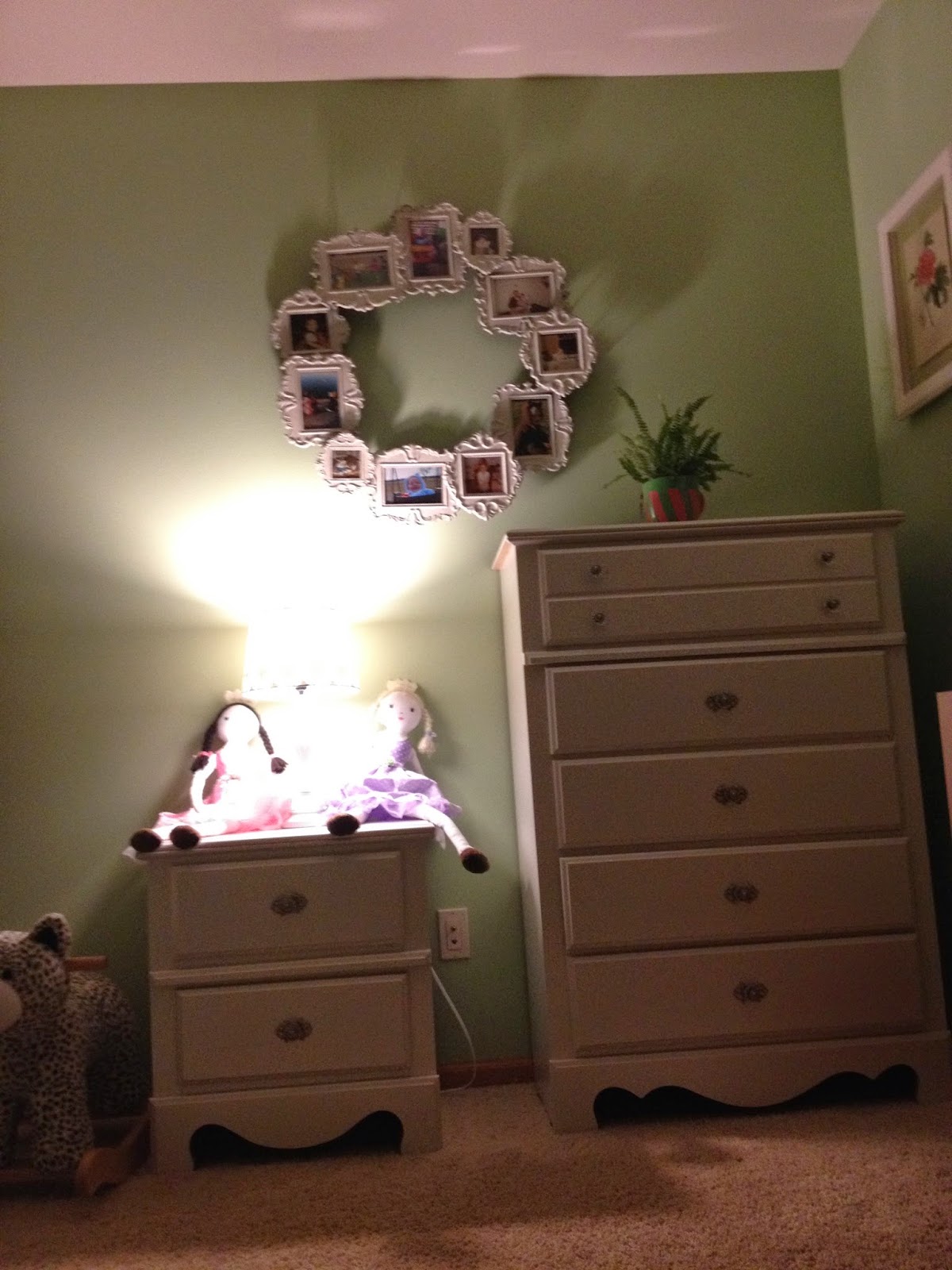 Cooper.  In his like third pair of pants today.  Because he shit his pants 3 times.  He ALWAYS shits his pants.  He potty trained in like 30 seconds, pee-wise.  The only catch is that he needs 5 M&Ms every time he goes.  But then he craps his pants and demands M&Ms for it.  "I poop and pee," he says urgently. We're like in your pants, and he's like yeah, gimmee my M&Ms.  So, we're working on it. 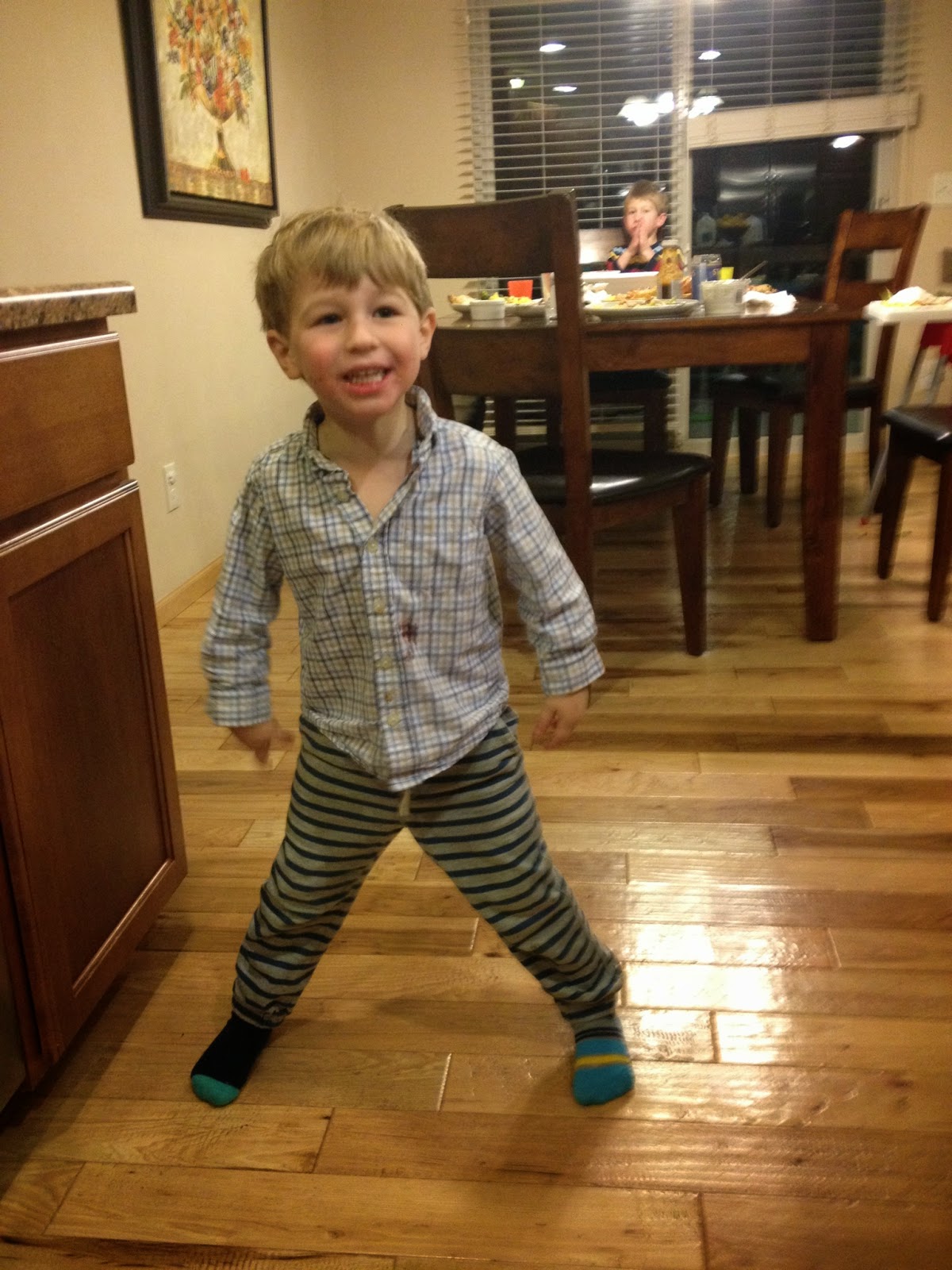 Two seconds after rearranging her room, she played in there unsupervised and destroyed her lamp. 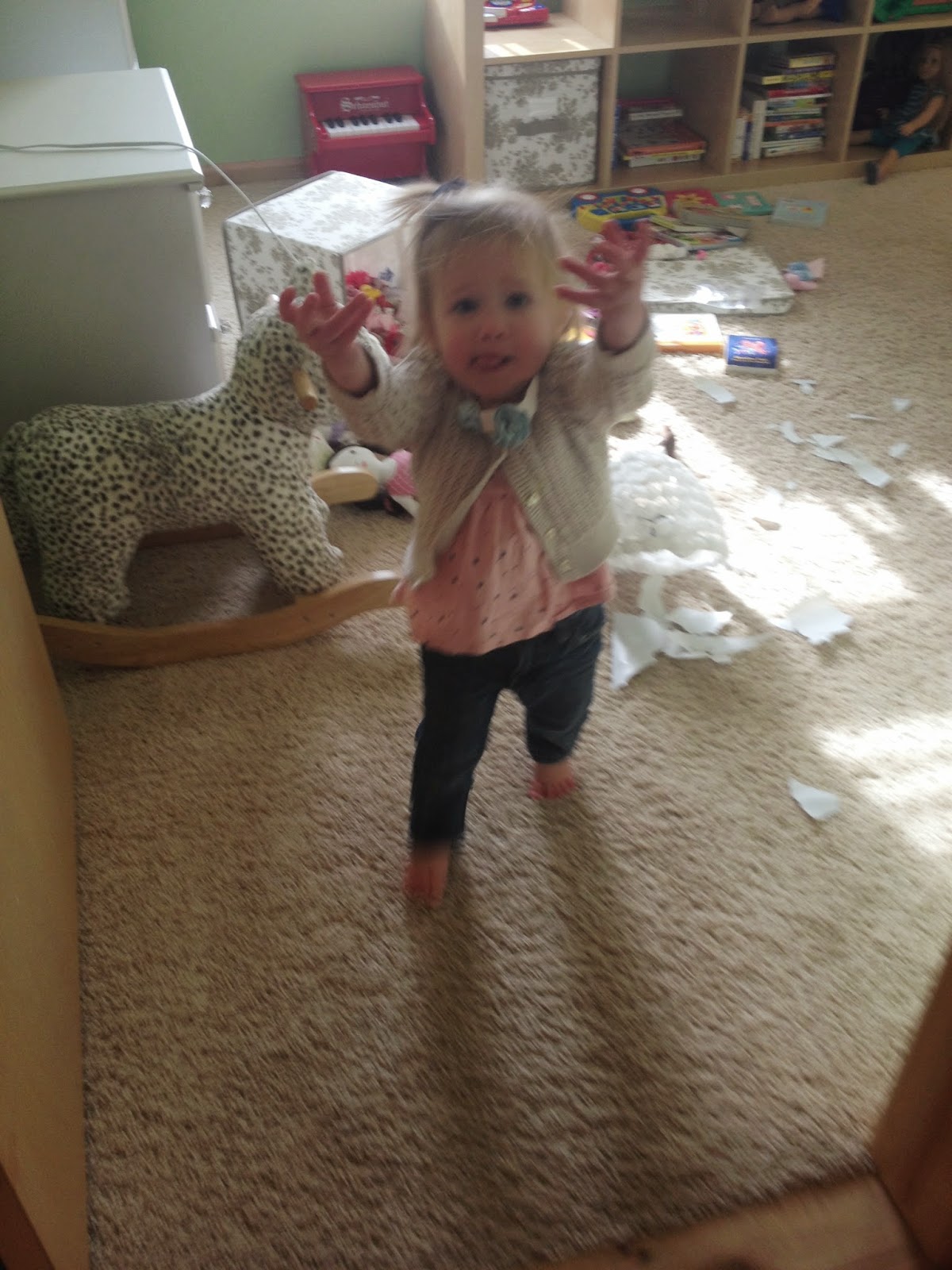 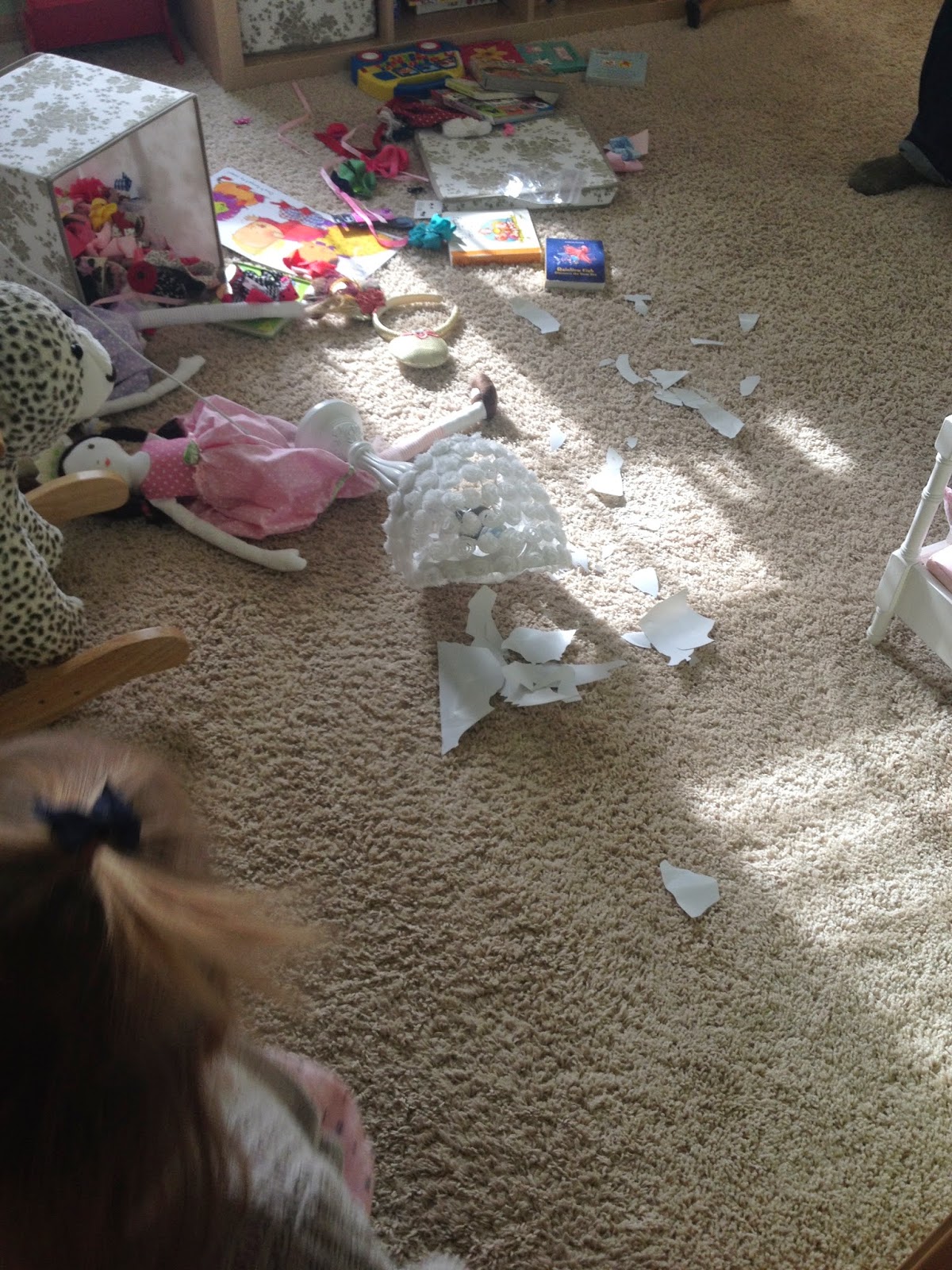 Oh my word! Julia is also the slowest eater. She has to perfectly prepare everything and then proceeds to savor EVERY DAMN CRUMB. She's like my Grandma.
V would truly love playing with your Cooper and Dorothy. And by play, I mean, wreck all the things. :)