I am having a cup of cinnamon tea and trying SO HARD not to eat any candy or Whole Foods truffles.  So far, I am not eating, but I baked a loaf of bread for dinner, and the smell is wafting everywhere, and both Beatrix and I would very much like a snack.

The kids did fine with the time change, but both Ben and I woke up at 4:30, and we are starting to feel it.  It's the afternoon  where the extra hour is apparent.  Always.

The kids are watching Frozen for the 800th time this weekend-- well, the little 3 are.  Harry is outside throwing the football to himself and catching it again and again and again.  The sun slants through the window like it's late afternoon, and I wish daylight savings time didn't ever have to end.

We worked like crazy all weekend to have everything done by 11:00 today so we could feed the kids lunch and pile in the van to let the little kids snooze while we drove to Harry's first hockey game.  We made it!  Ad now we are home, and everything is clean and the bread fills the house.  My oven is preheated for a delightfully trussed chicken, and I have a pot of matzo ball soup on the stove.  Work is about to get insane for the next month, but it isn't insane today, and this is a wonderful afternoon idyll about to be spoiled by the dryer telling my my fourth and final load of laundry is ready to be put away.

I was going to julienne some carrots so I would have matchstick hair and make raisin faces for these after school pumpkin muffins, but then I found a pack of googly eye toothpick decorations.  It pays to randomly buy shit at Michaels and lose it-- all of your cabinets have surprises. 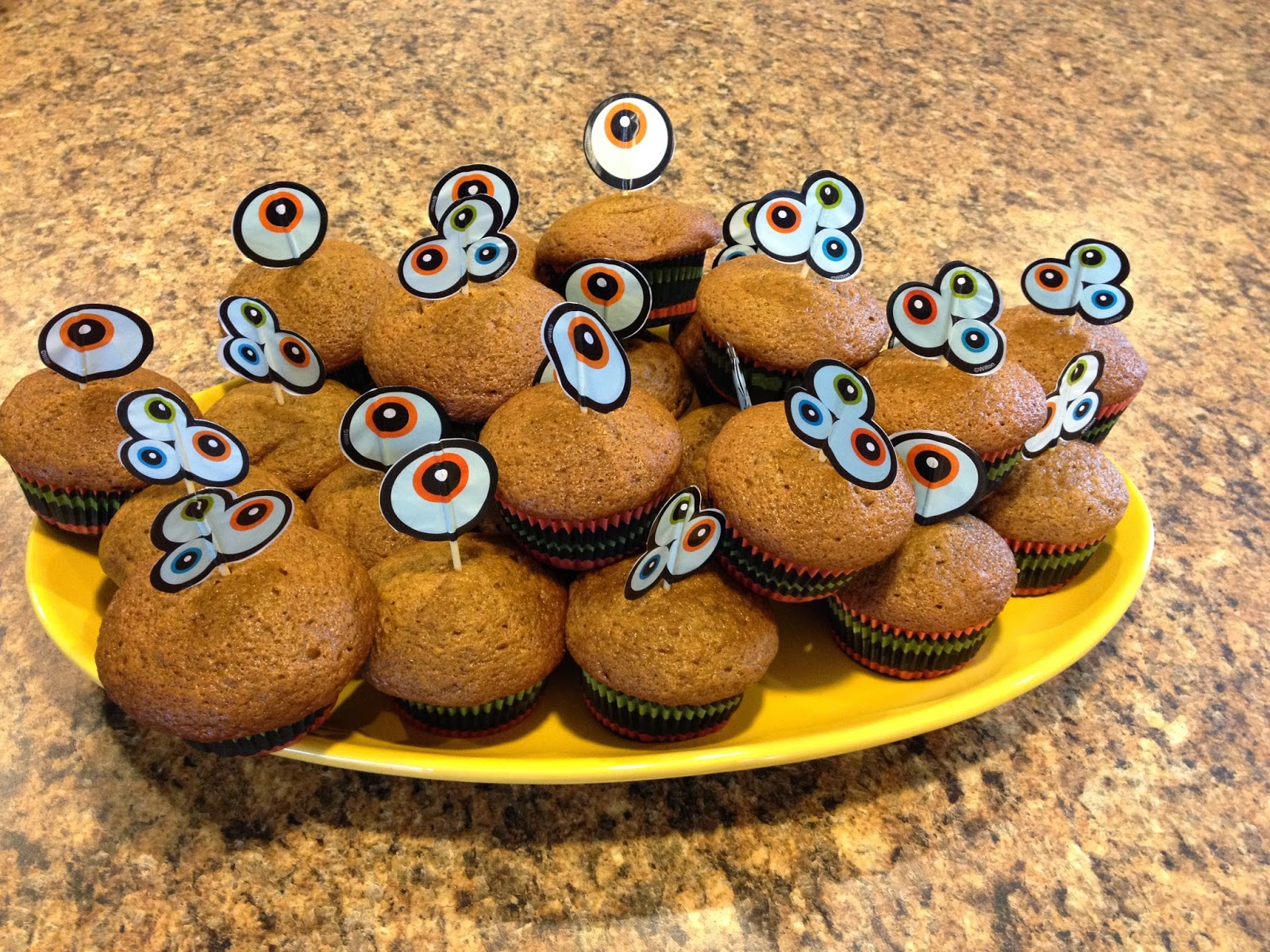 Leaving school the other day, I realized they all have the same coat.  Ha! 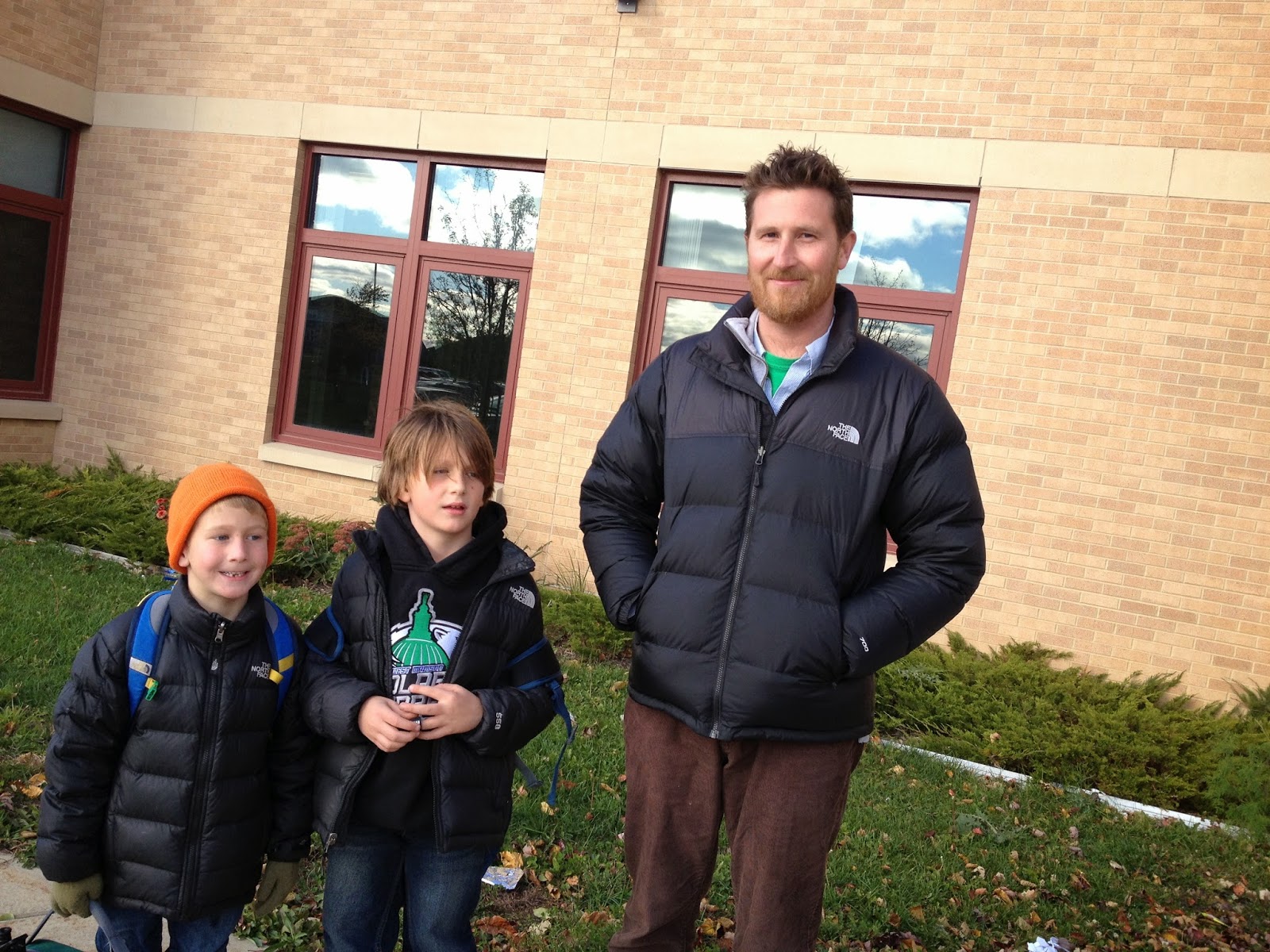 Here's Harrison making and celebrating the first goal of the season: 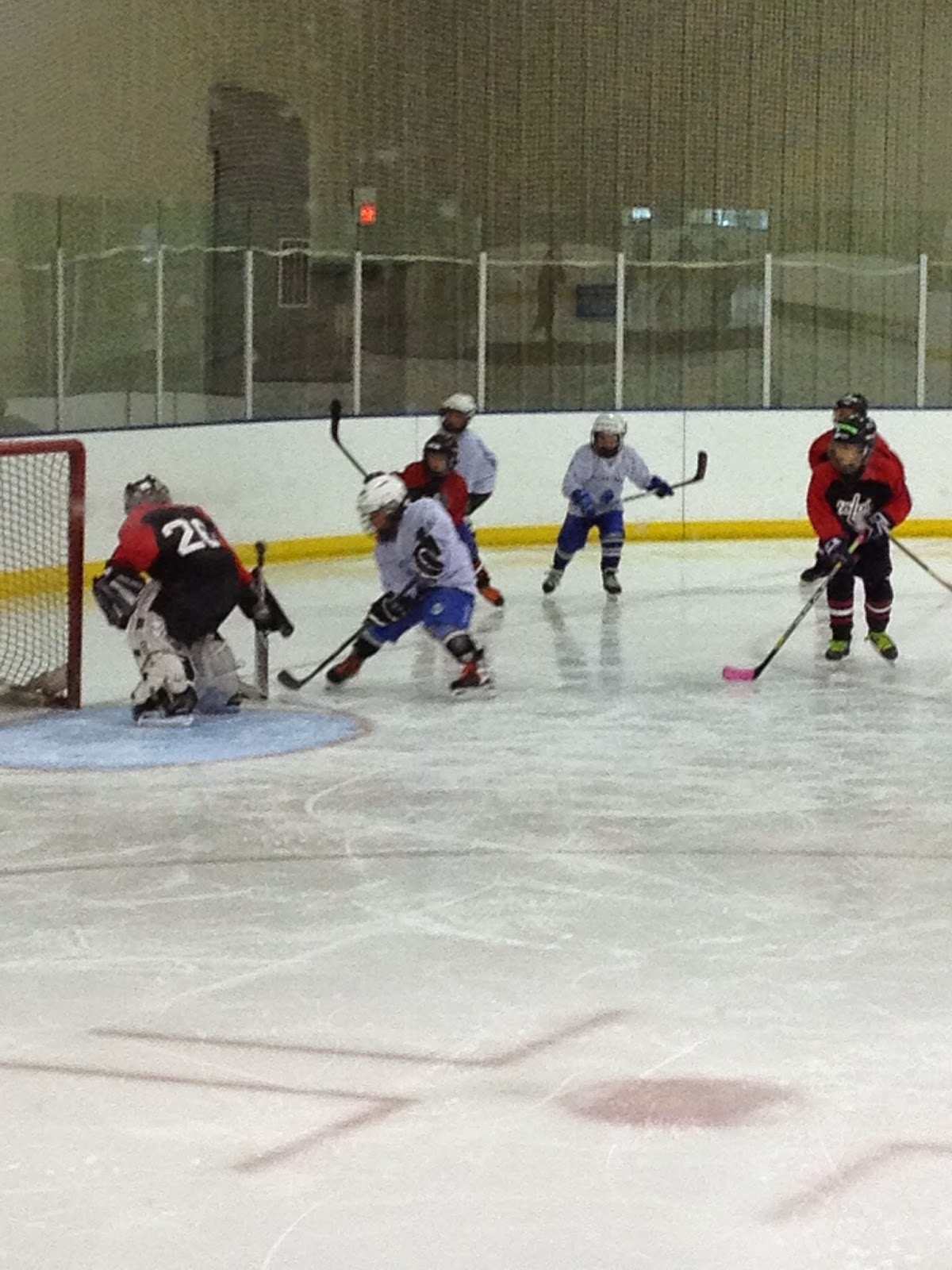 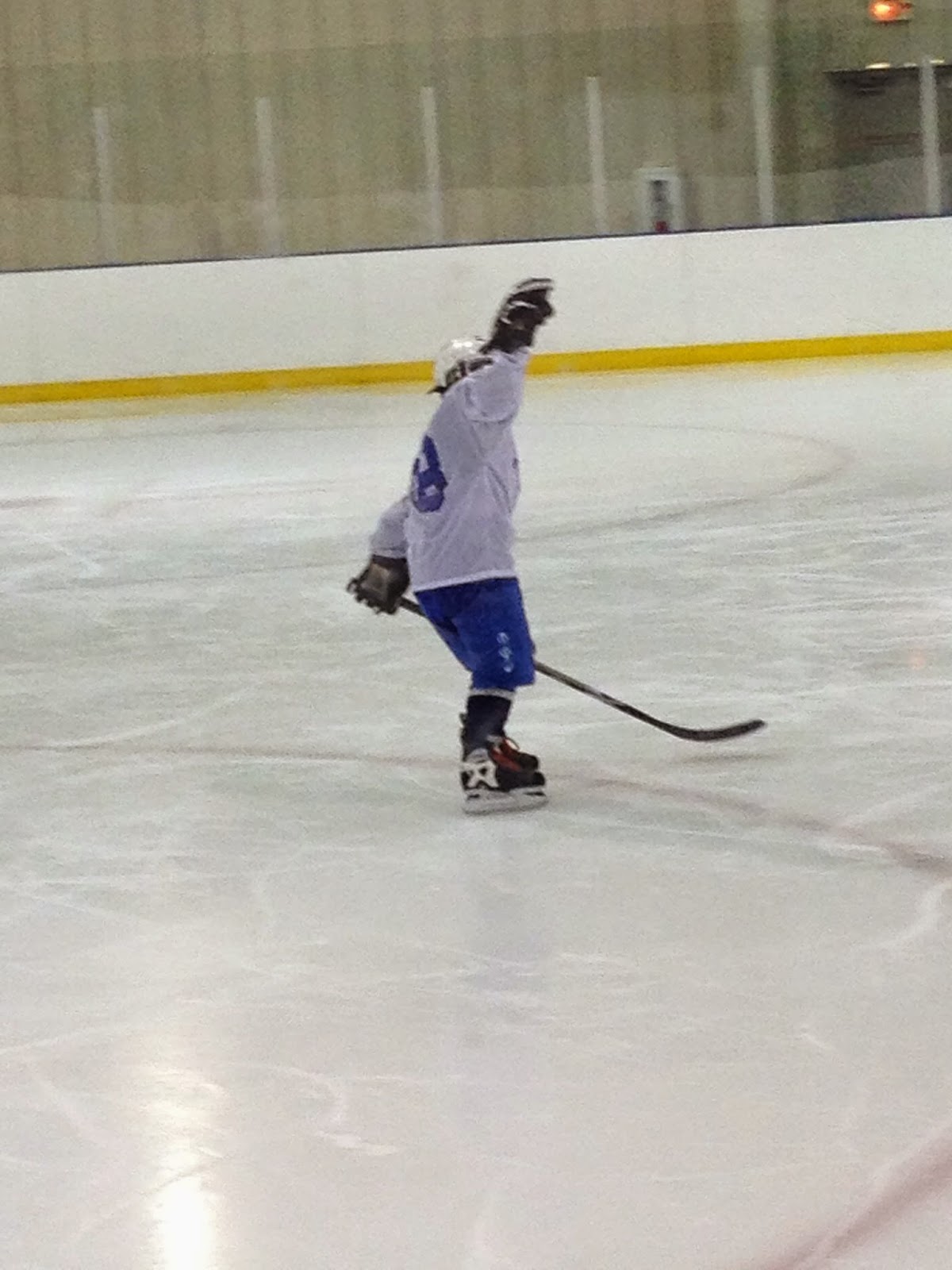 OMFG.  Ben shaved his mega beard to start Movember off with a bang.  I took these pictures from my workout dungeon, but the creepy lighting and unfinshed walls really emphasizes the perv factor. 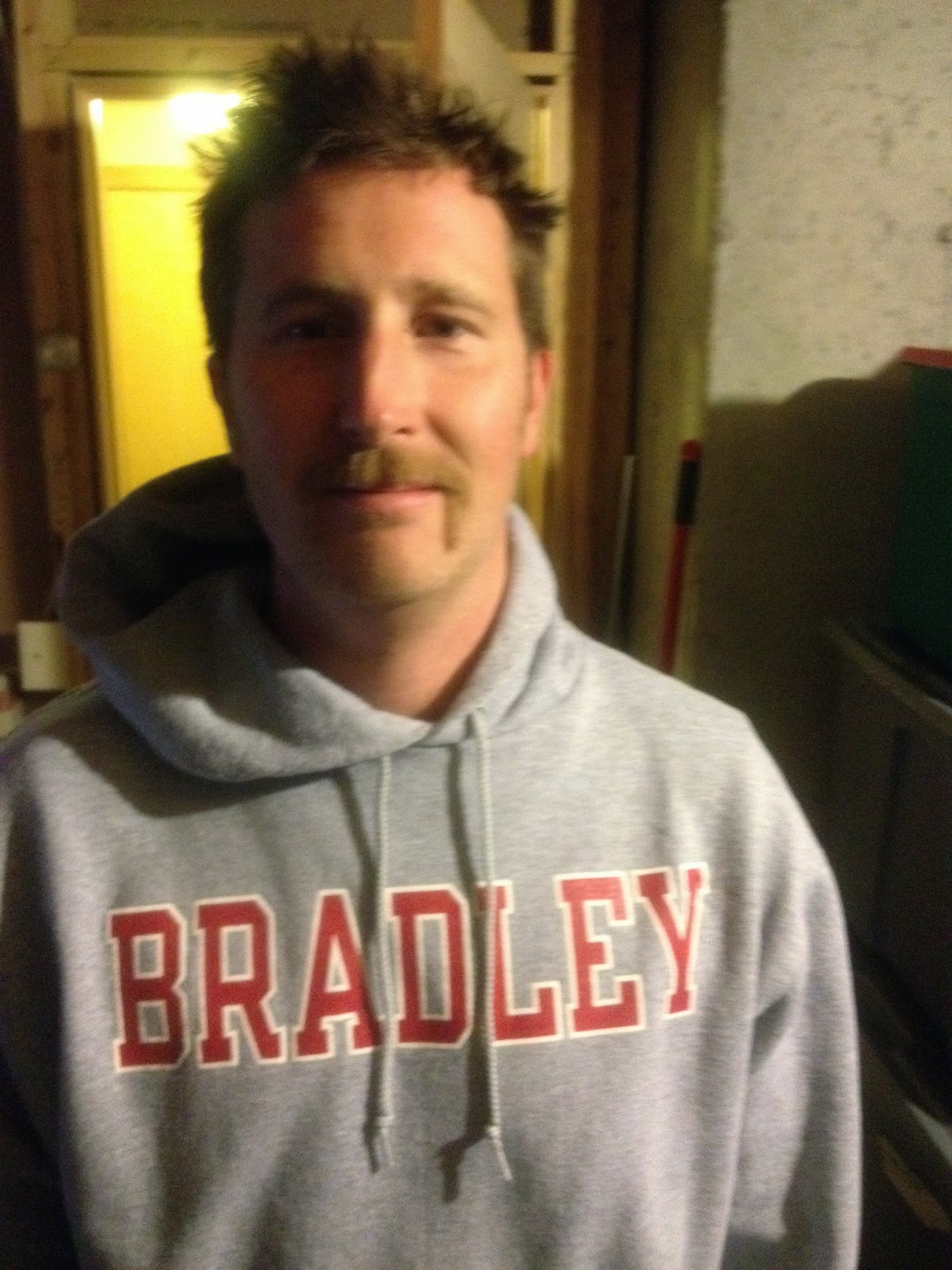 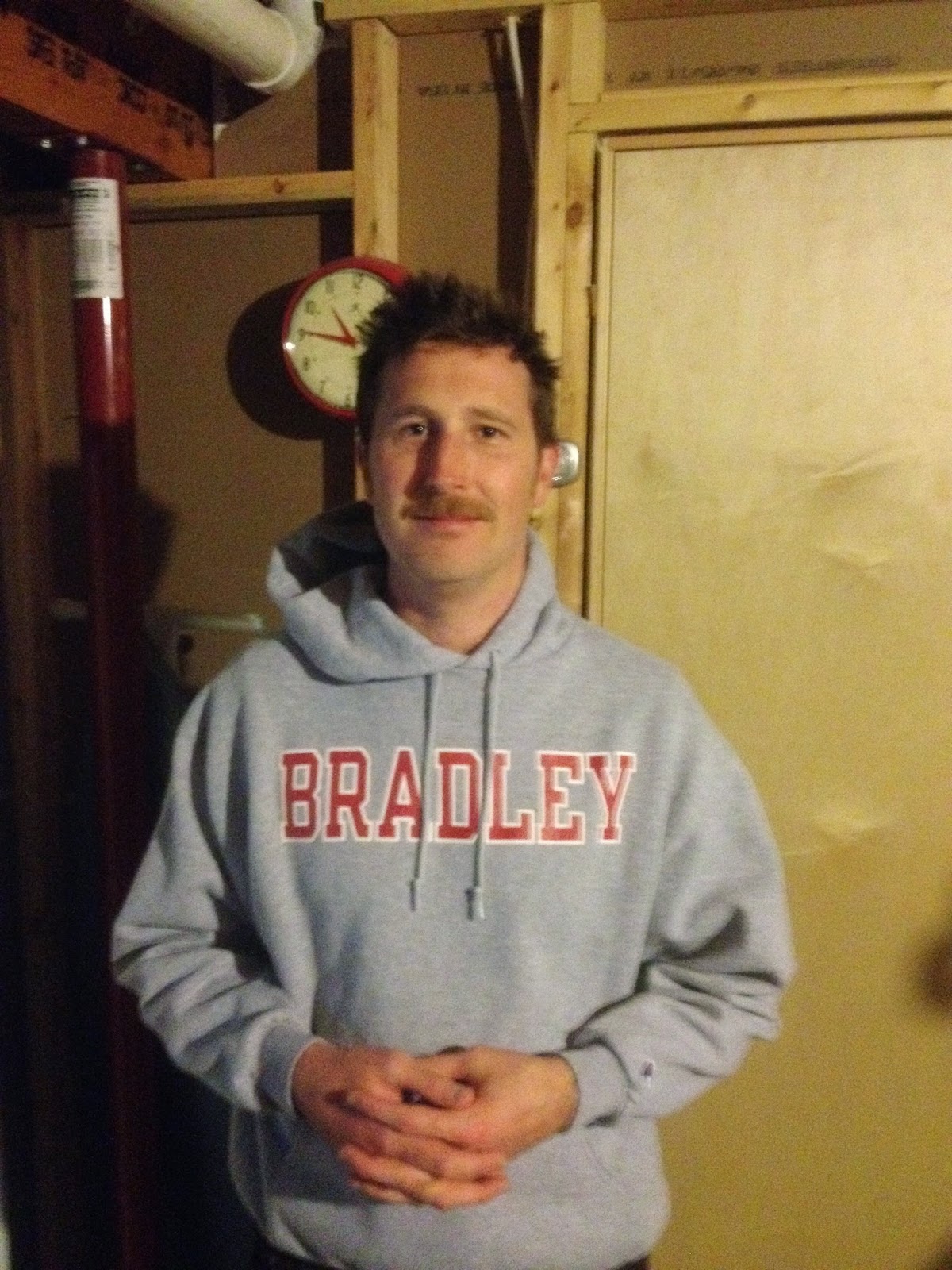 I found Dorothy's boop in the grass at the other end of the neighborhood the day after Halloween.  She was a feisty little monkey. 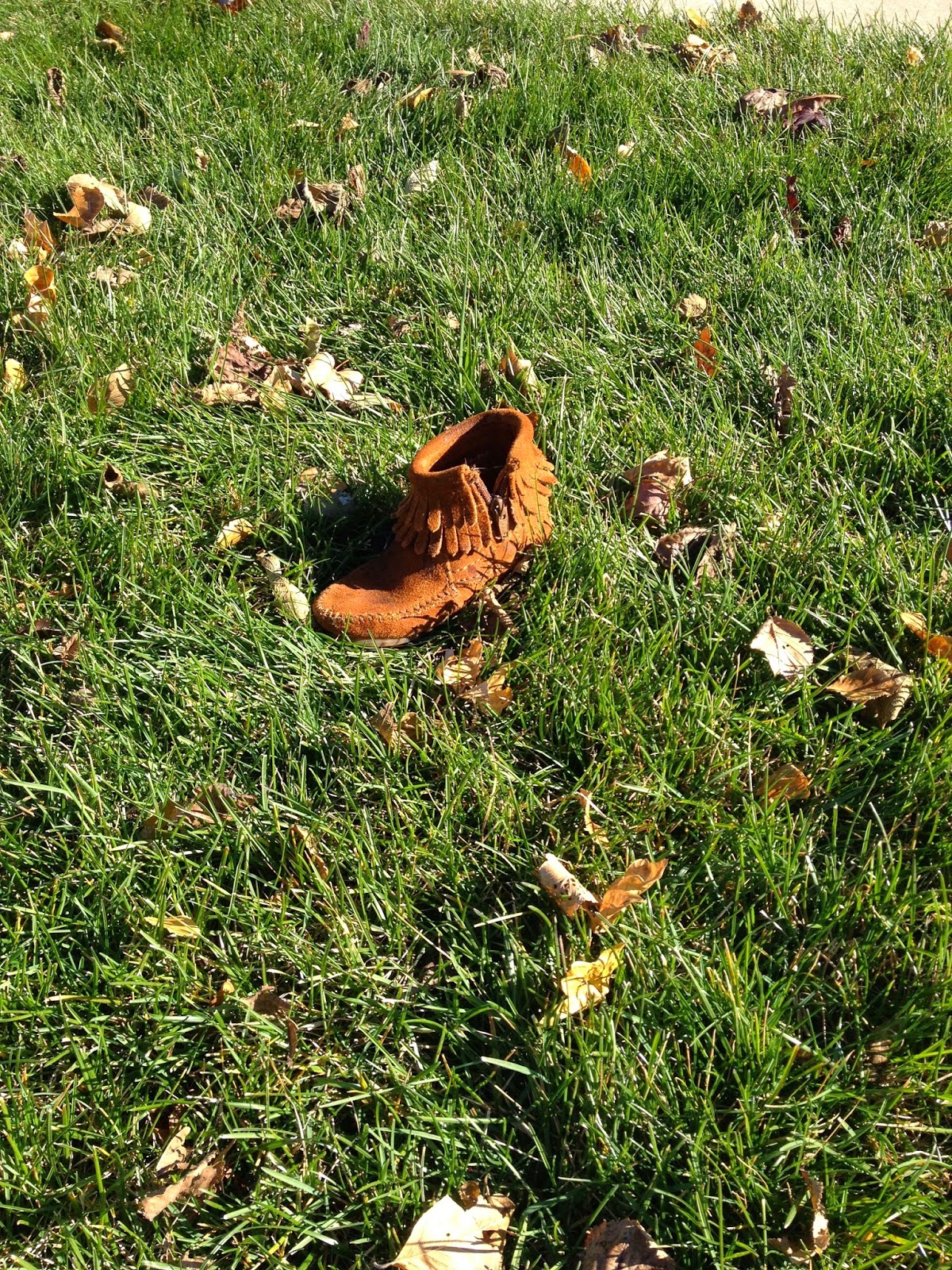 Harry wanted these jammies at Target the other day, and how could I resist?  He;s growing up so fast, I am happy to have him dress like a giant baby. 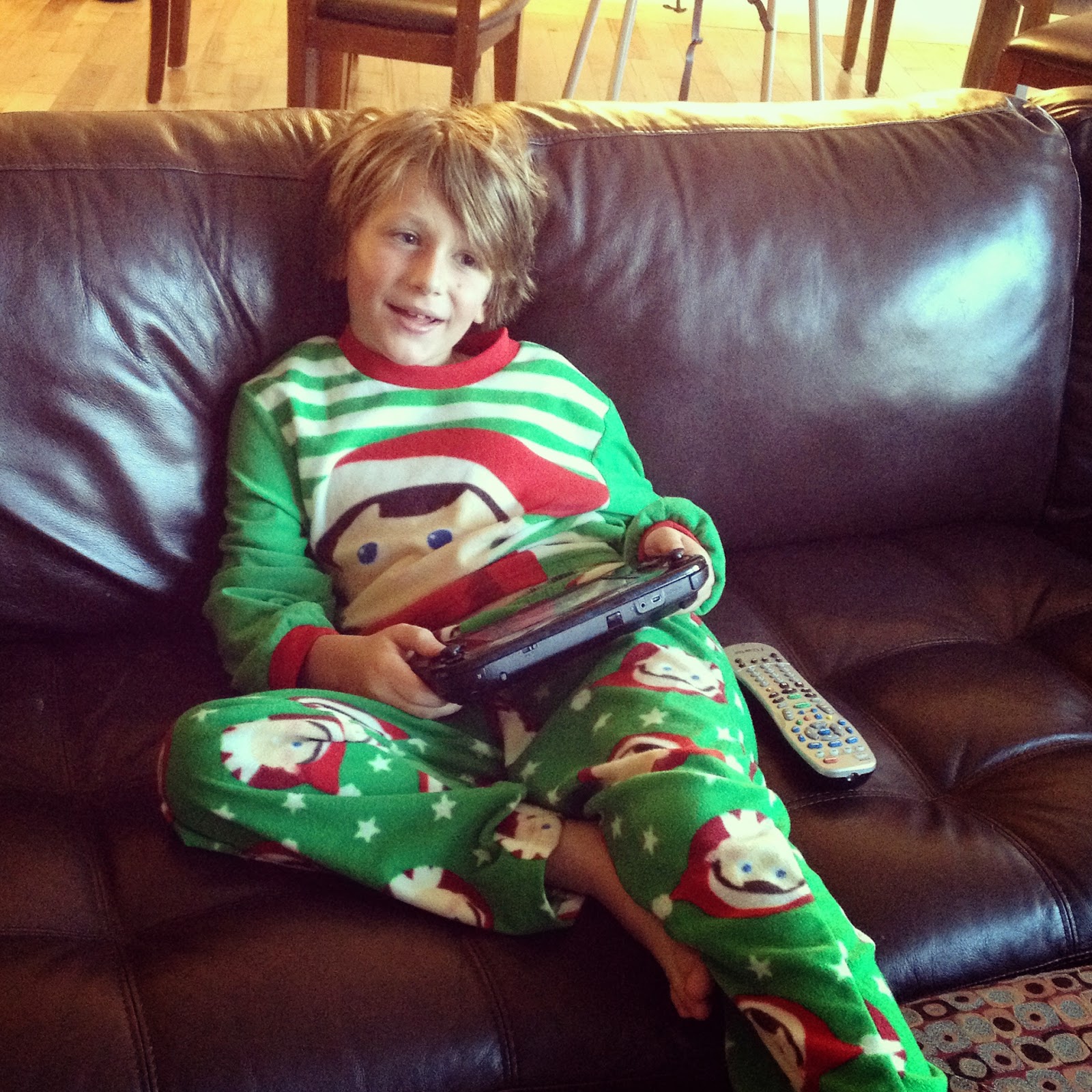 On the way to hockey.  Fall back is rough. 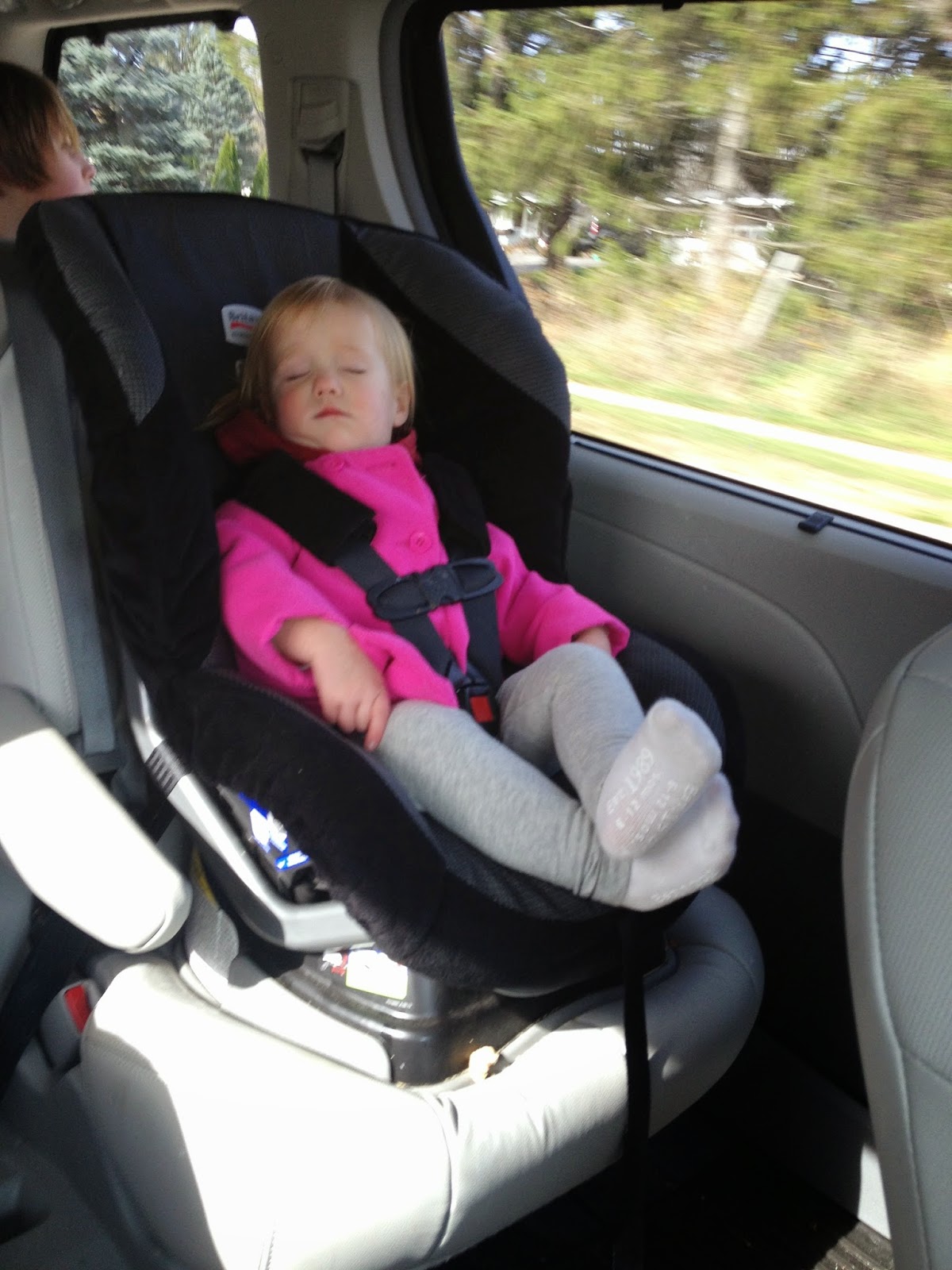 Cooper got a splinter the size of a log in his finger and was elevating it to stop the bleeding. 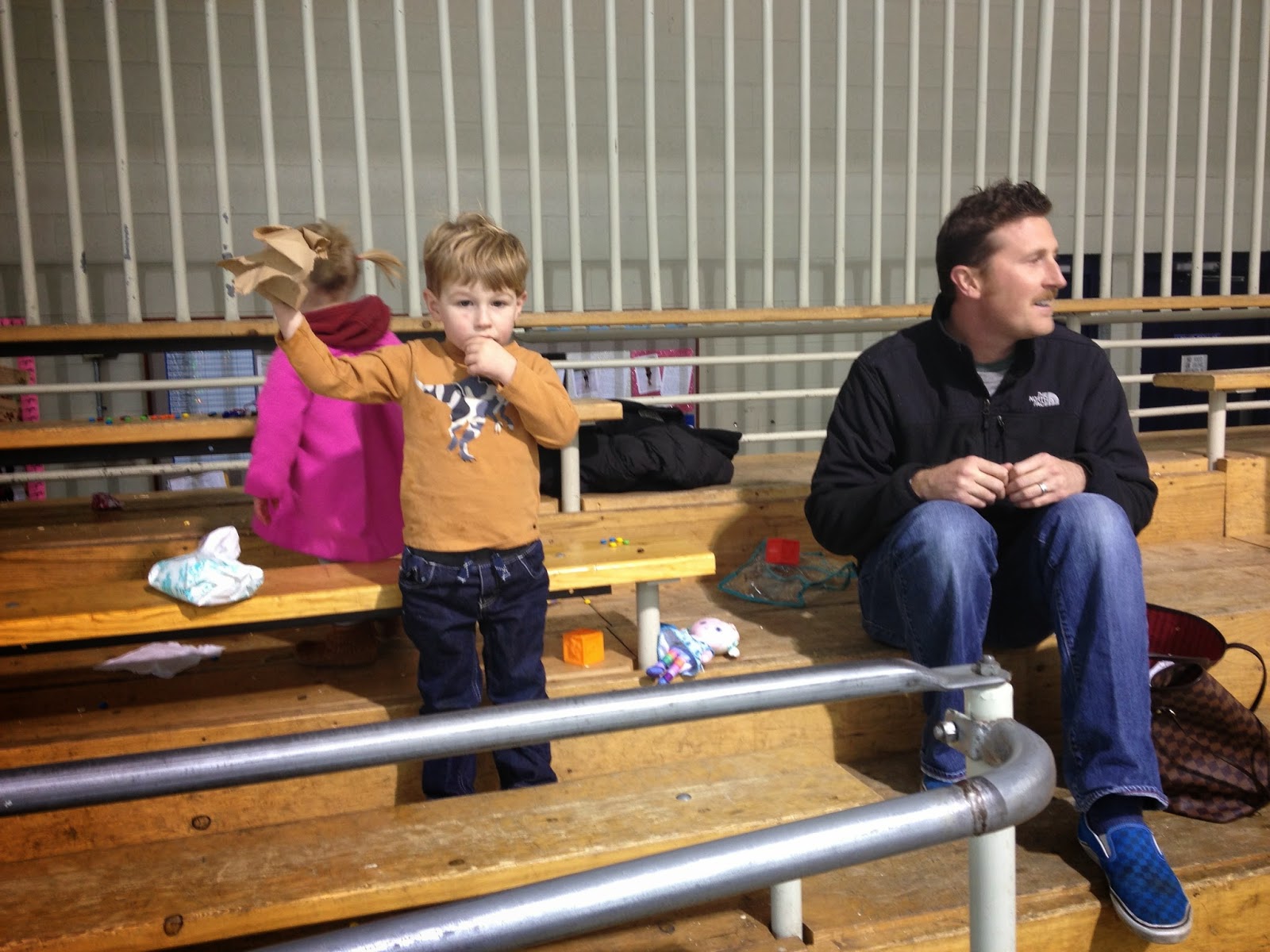 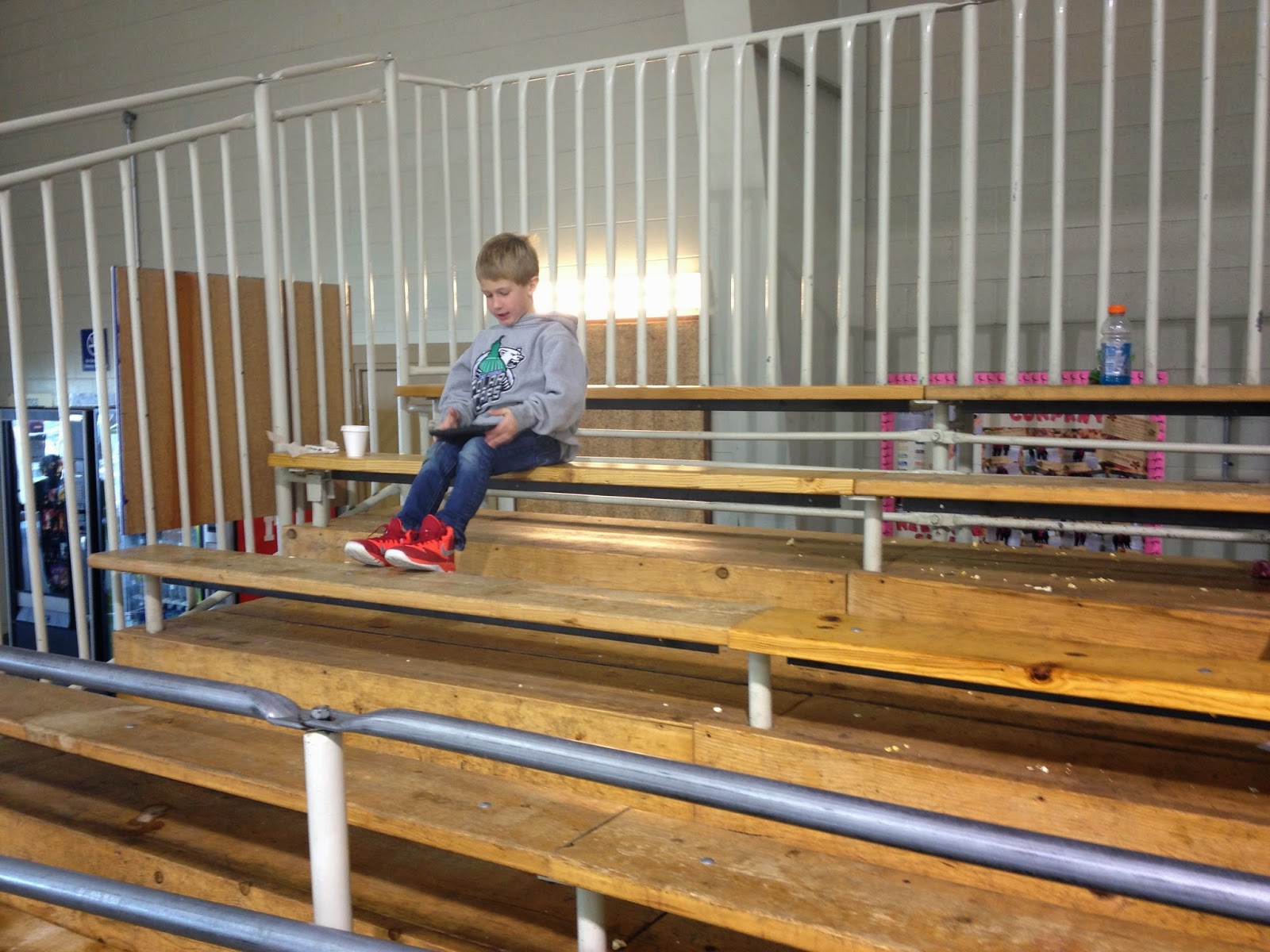 THEY GOT SO MUCH CANDY.  All of my binge dreams came true. 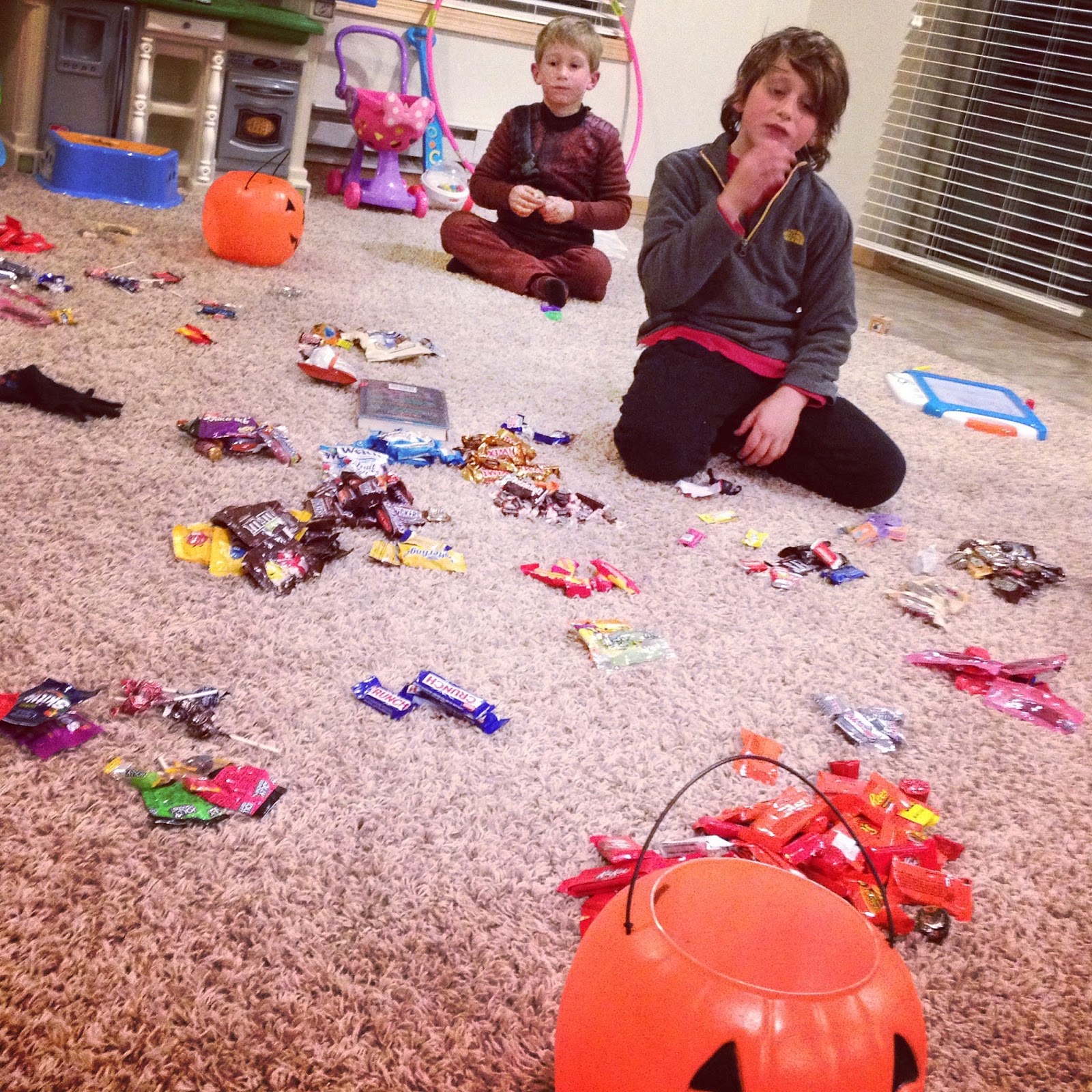 On our way to our friends' house to start the night on Halloween.  Ben has a cup of spiked cider in his hand and a tray of Jell-O shots on the stroller.  Because we are CLASSY. 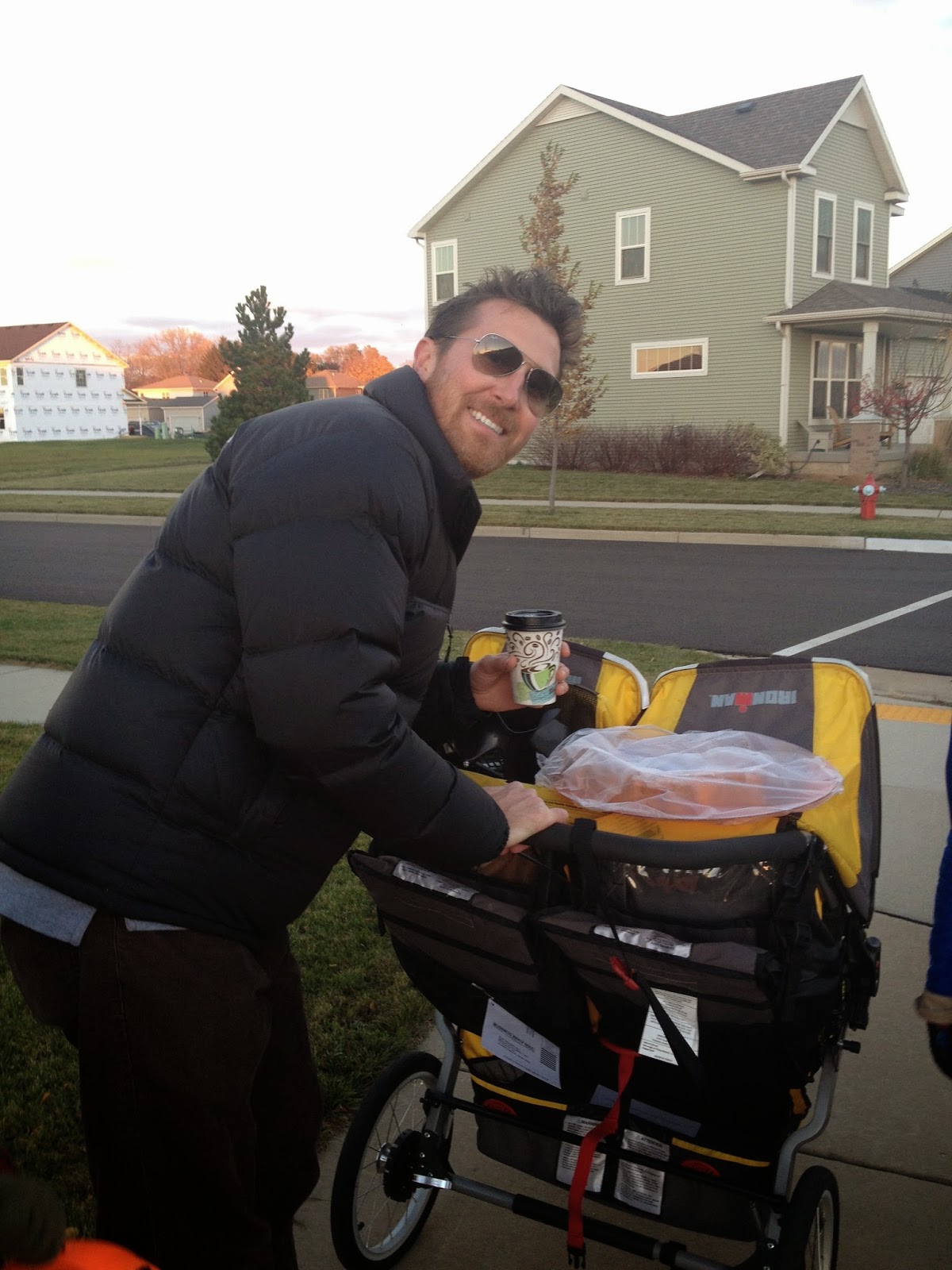 I told you she was a feisty monkey. 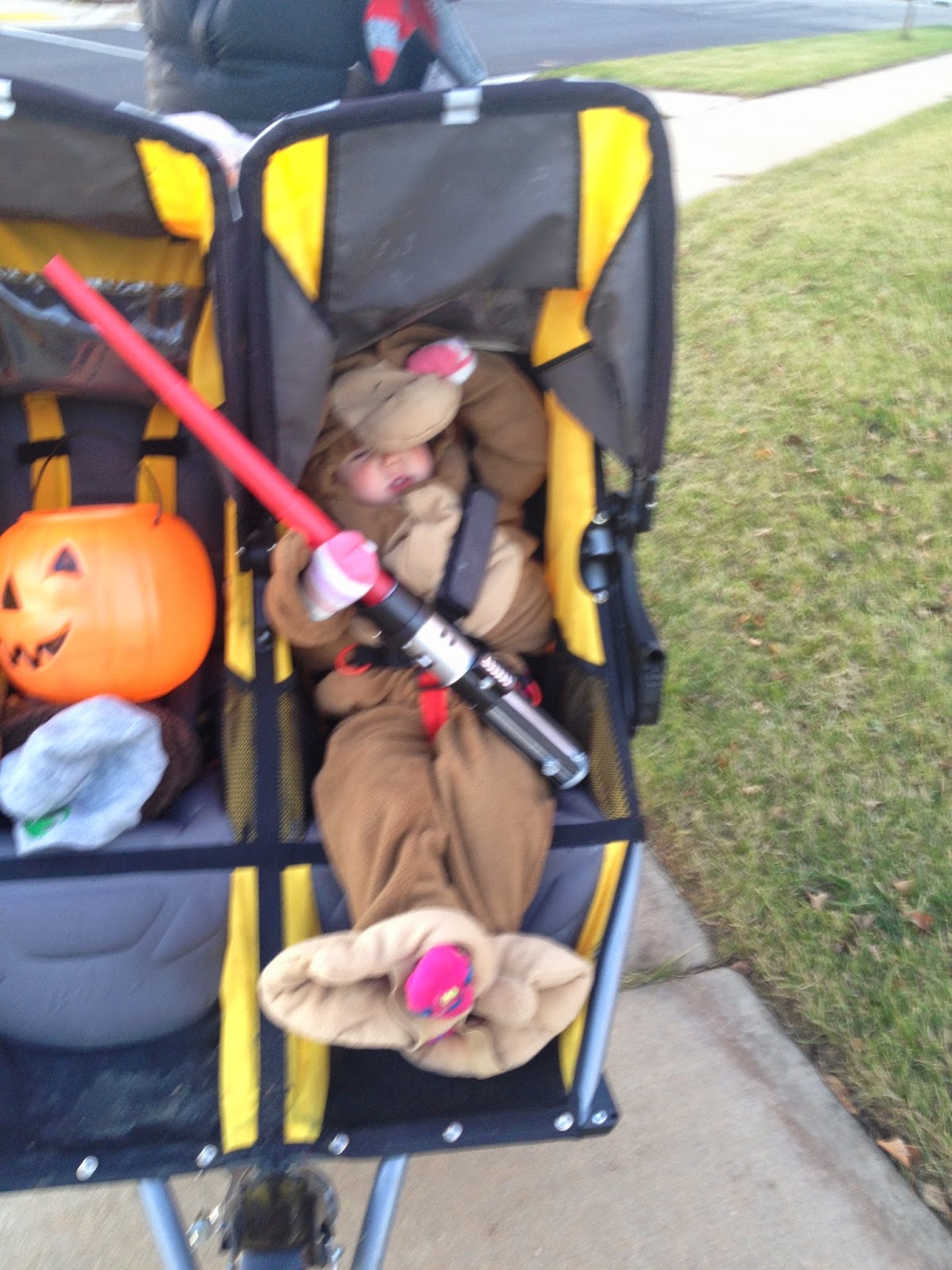 I dropped my damn drink all over my boots.  Boo. 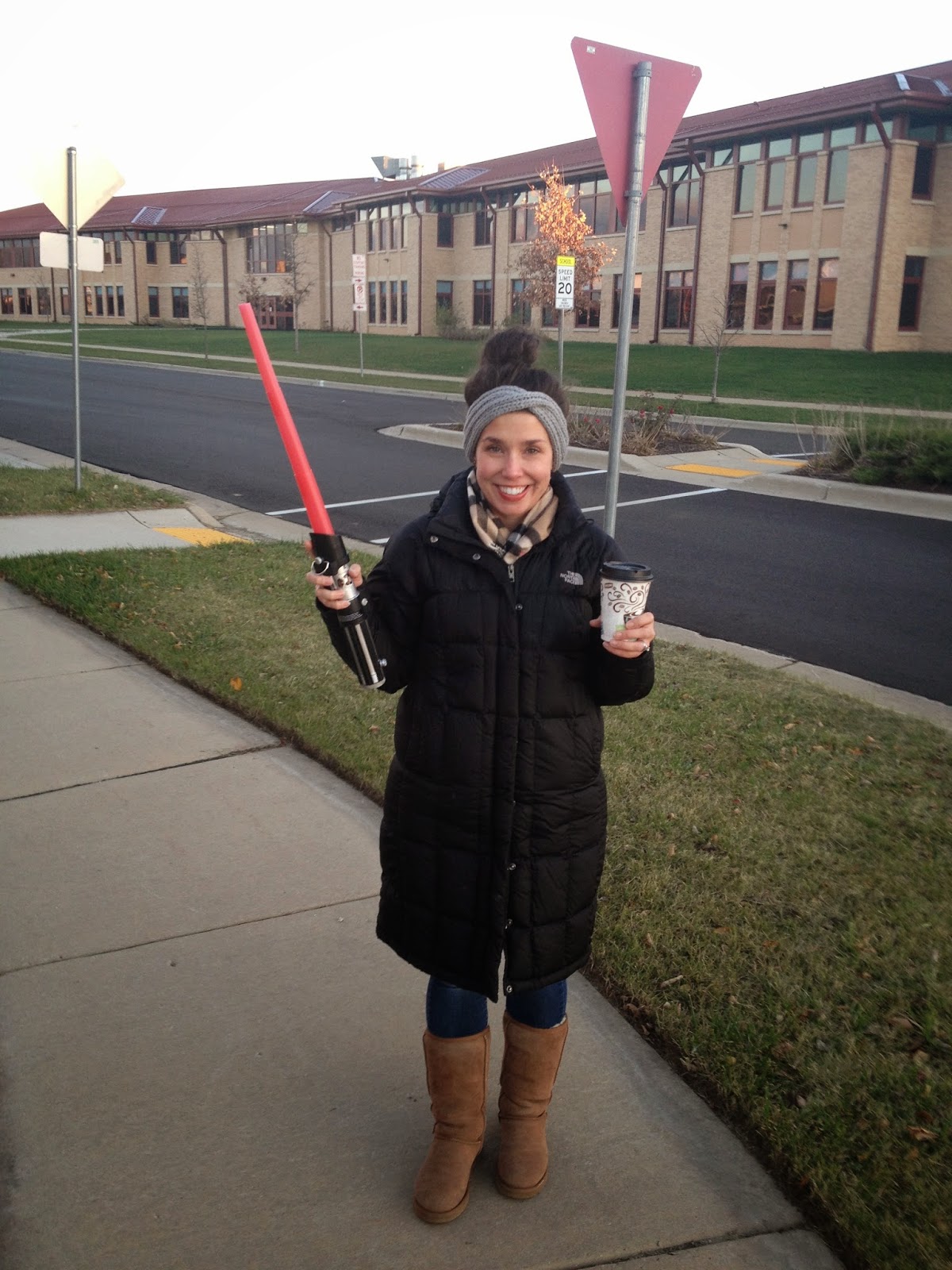 We always use a double stroller and fill the other side with junk. 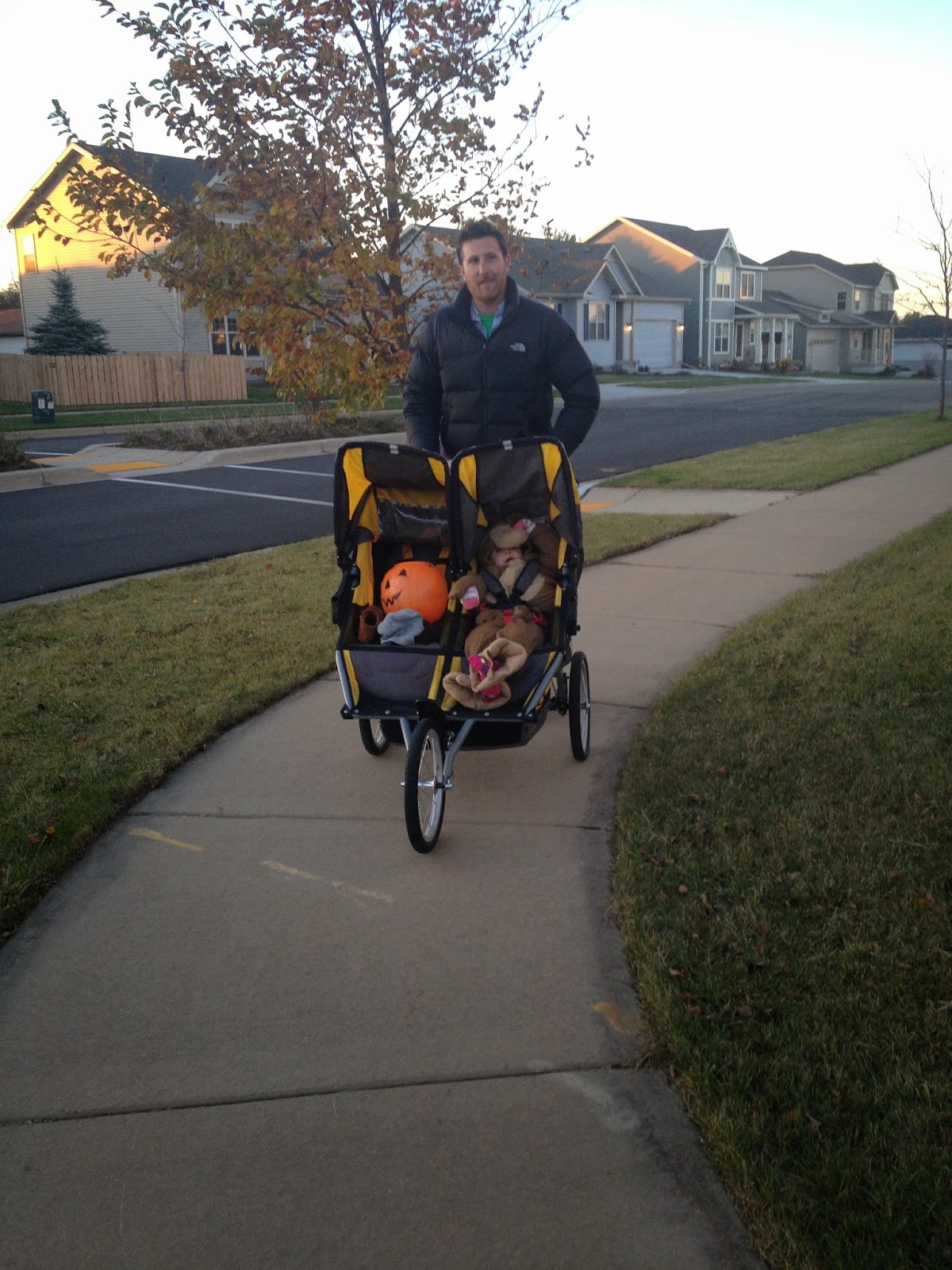 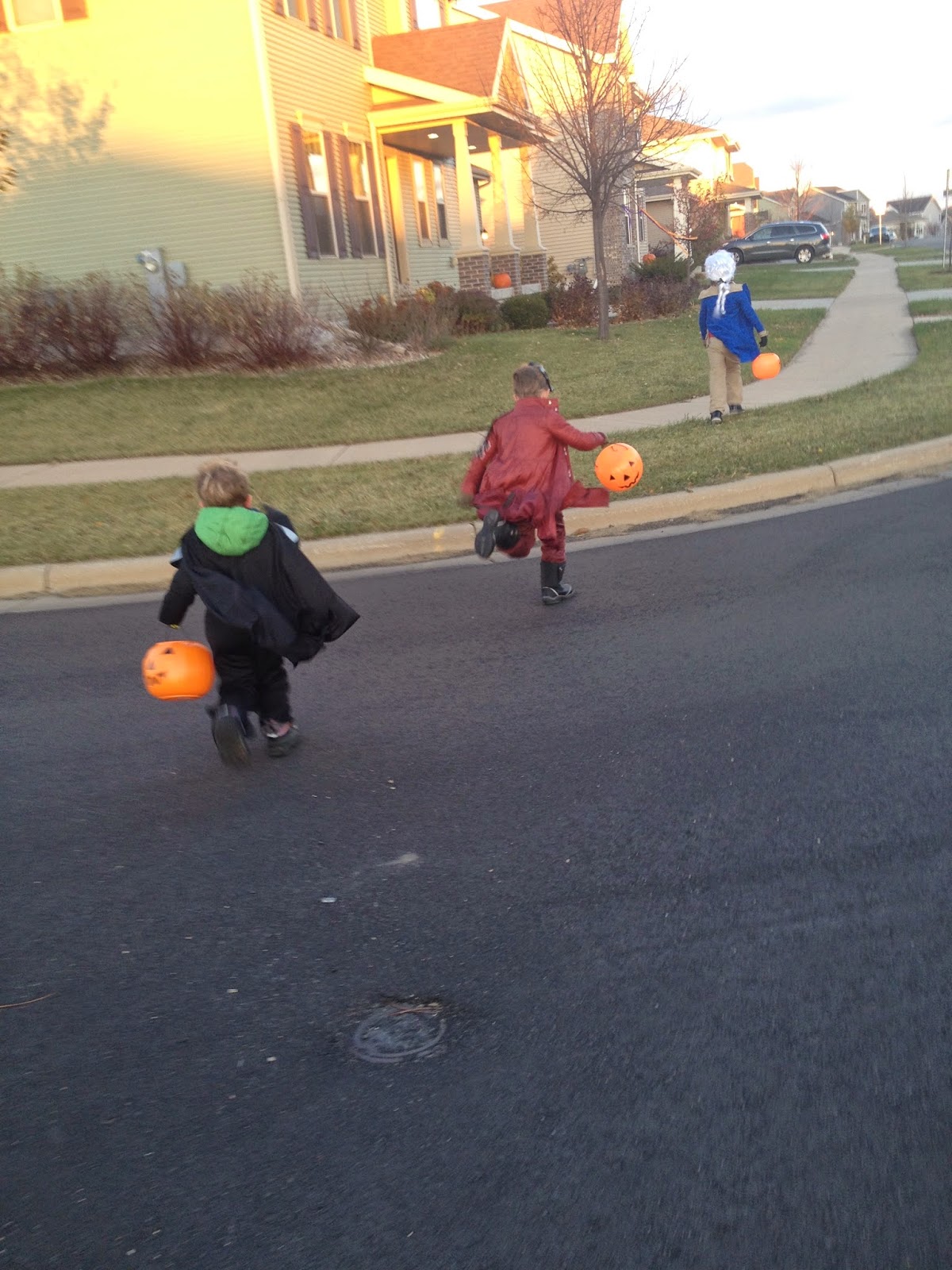 I started drinking too early (to stay warm!  it was freezing!  I was drinking for the kids!) and got precisely no good pictures of the little scallywags. 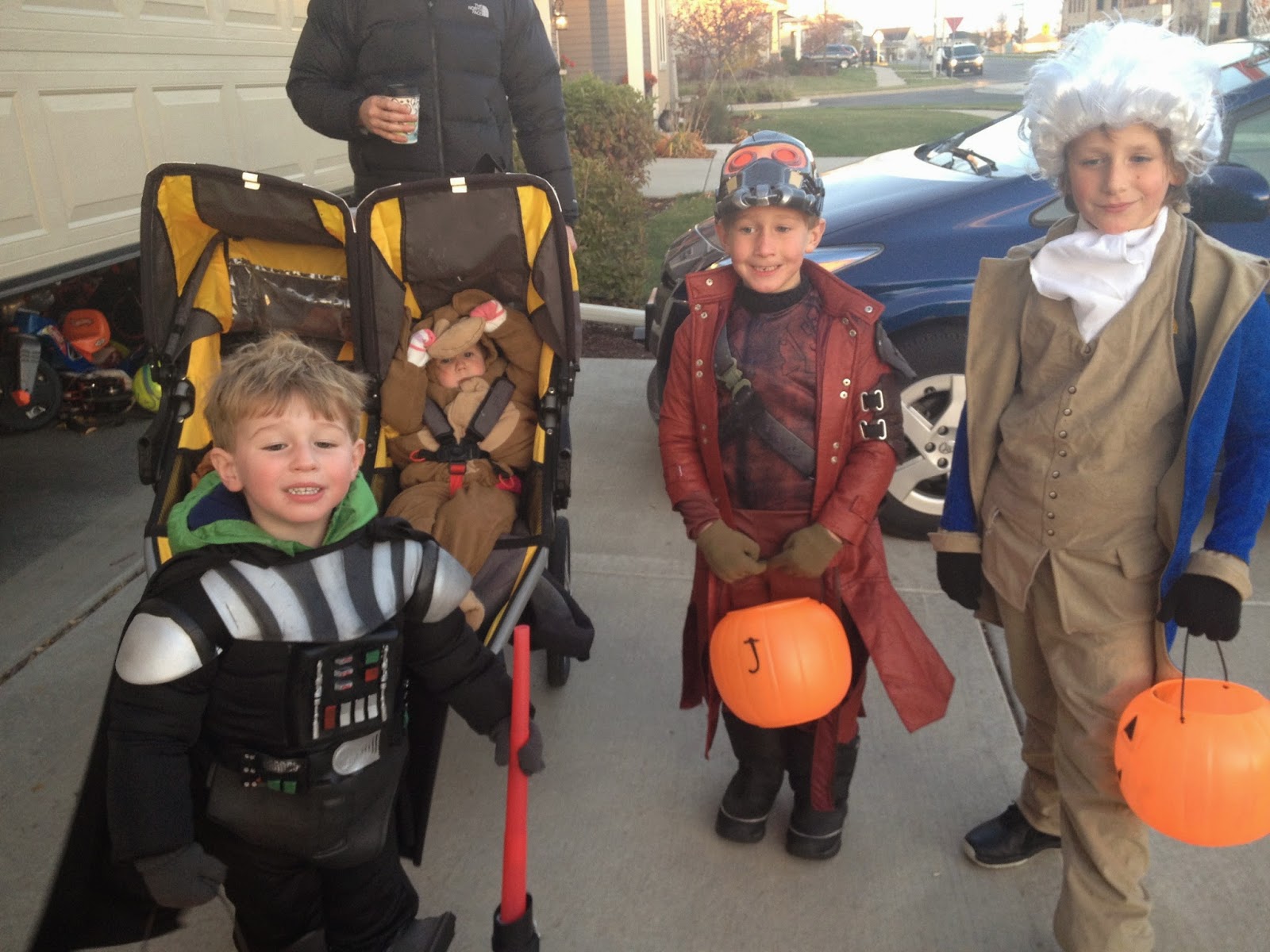 Dorothy had a Northface coat under her costume and was freaking out because she was HOT. 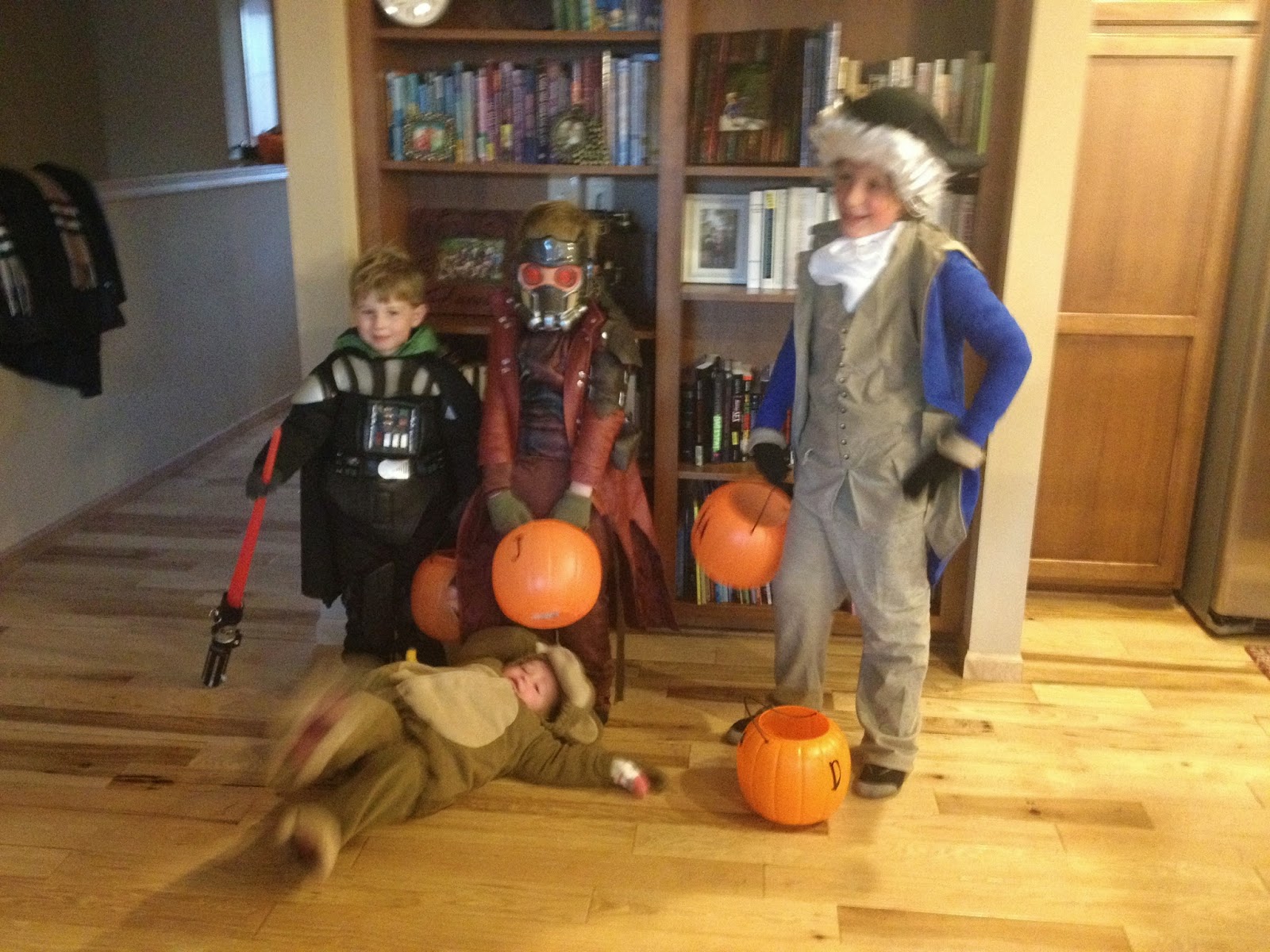 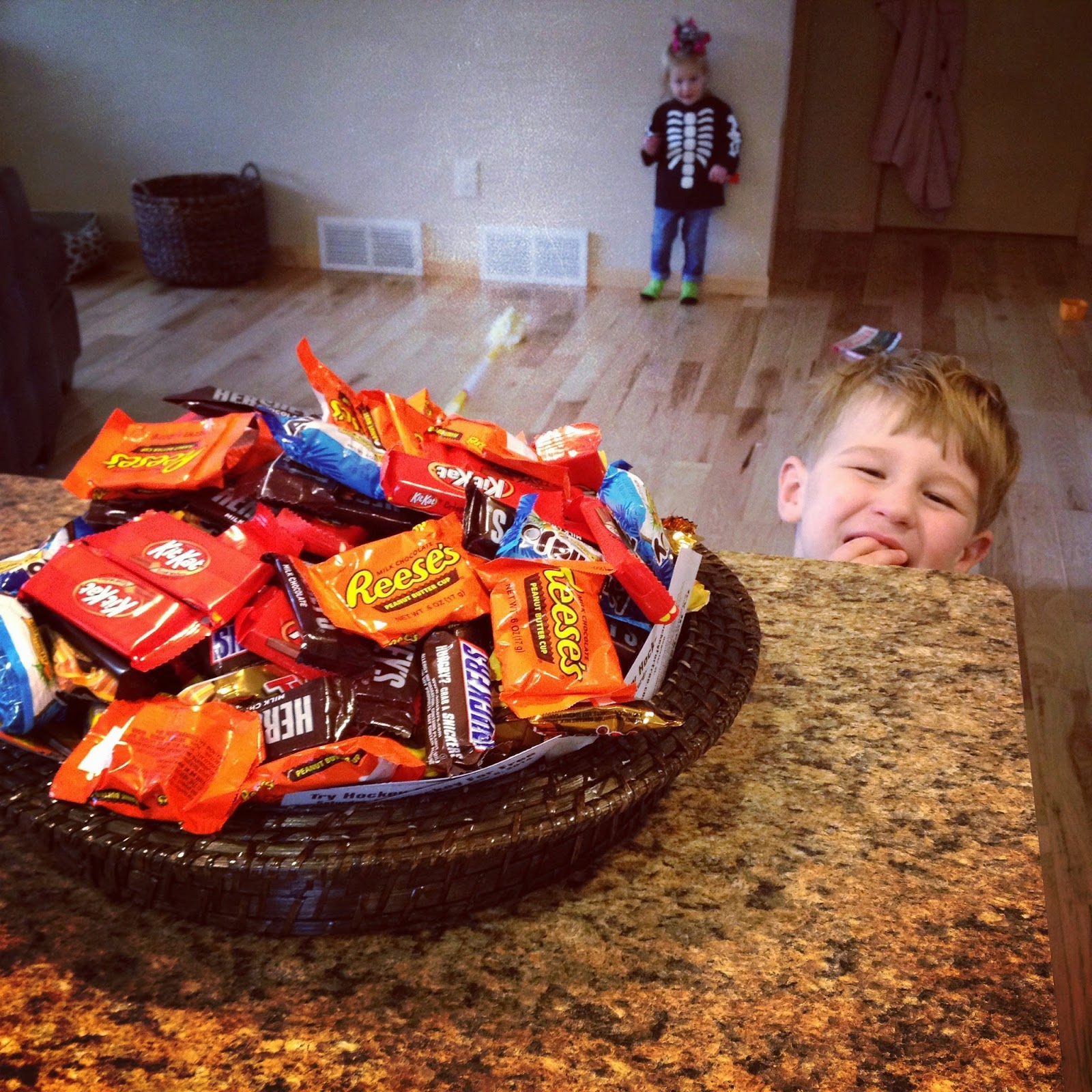 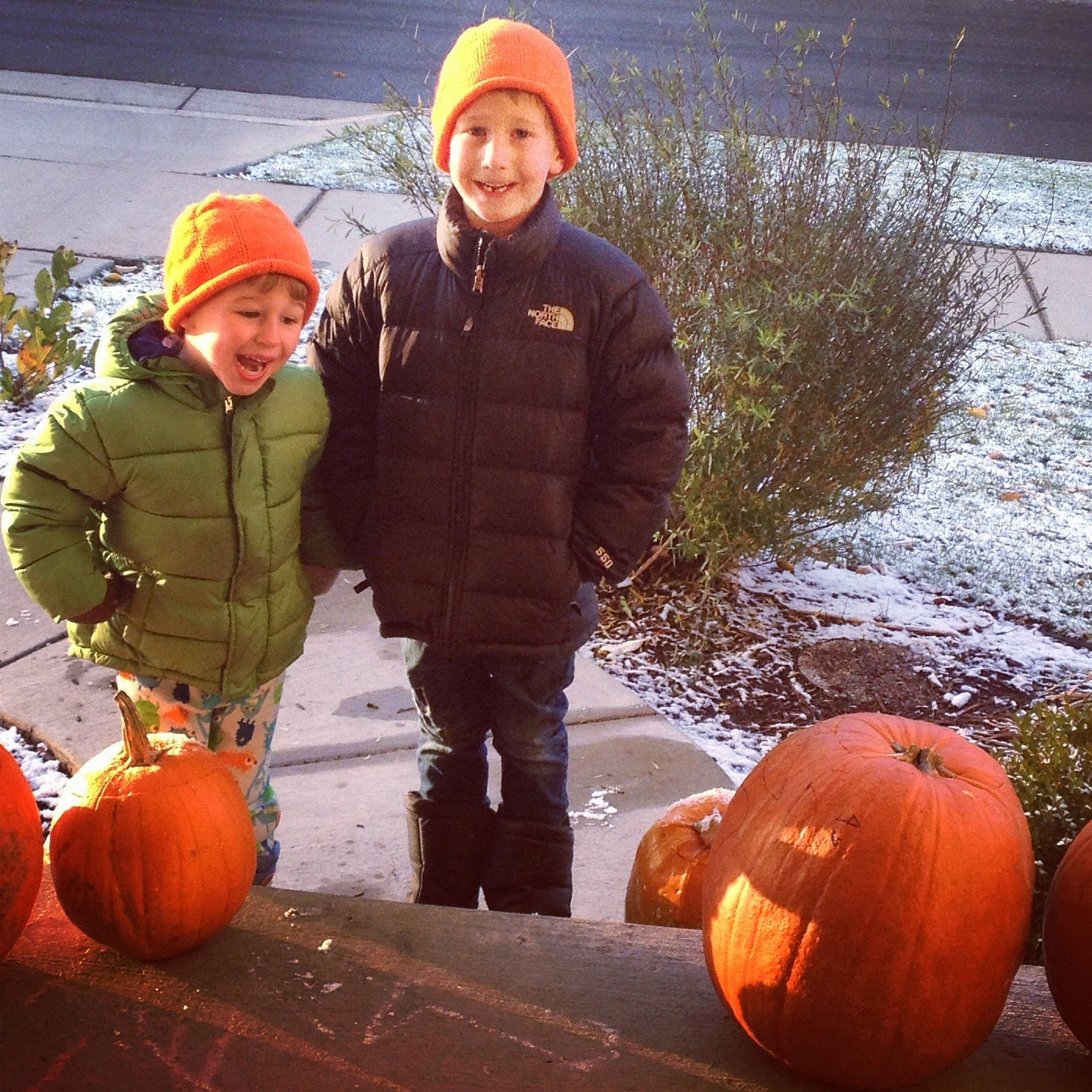 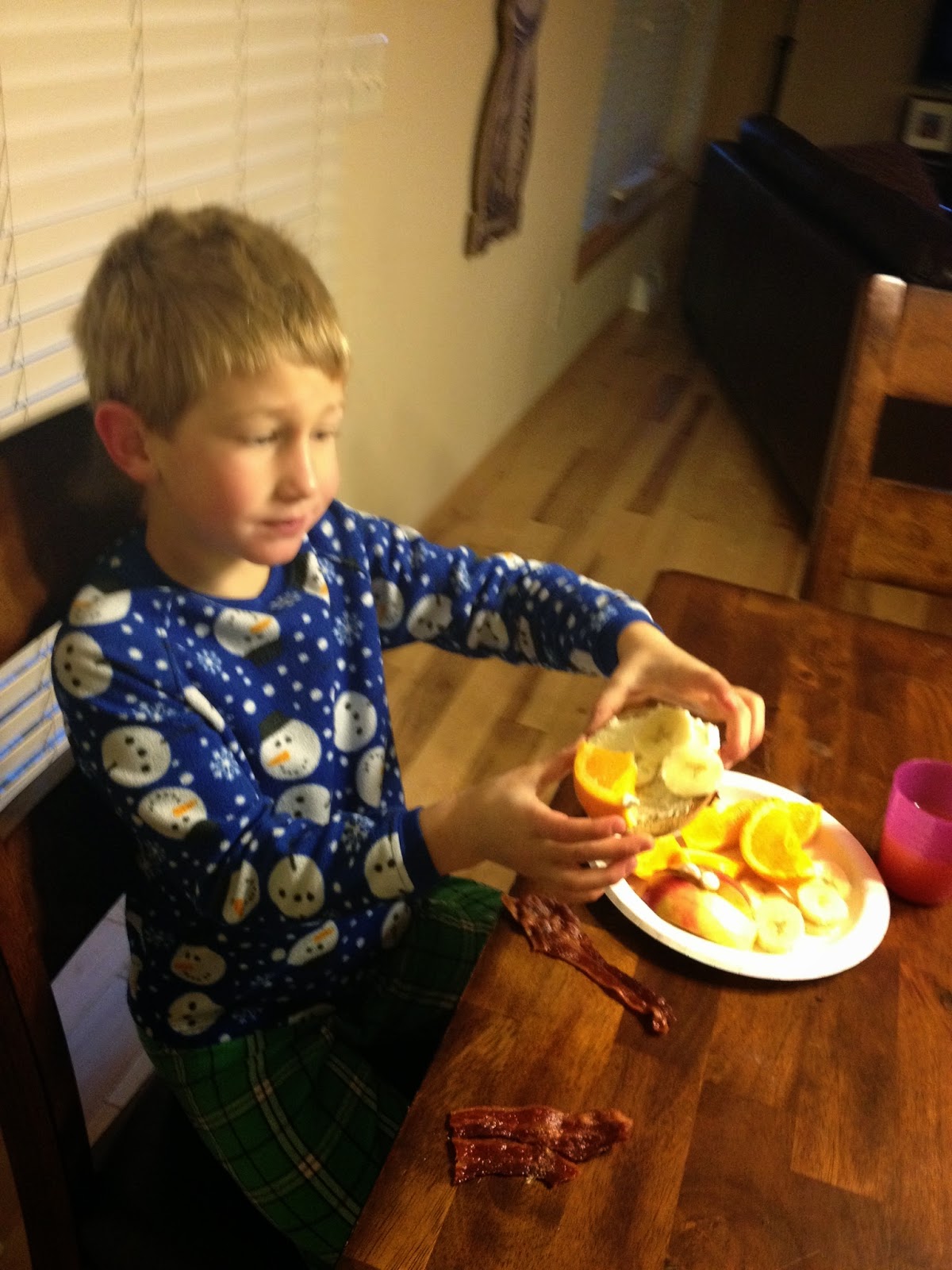 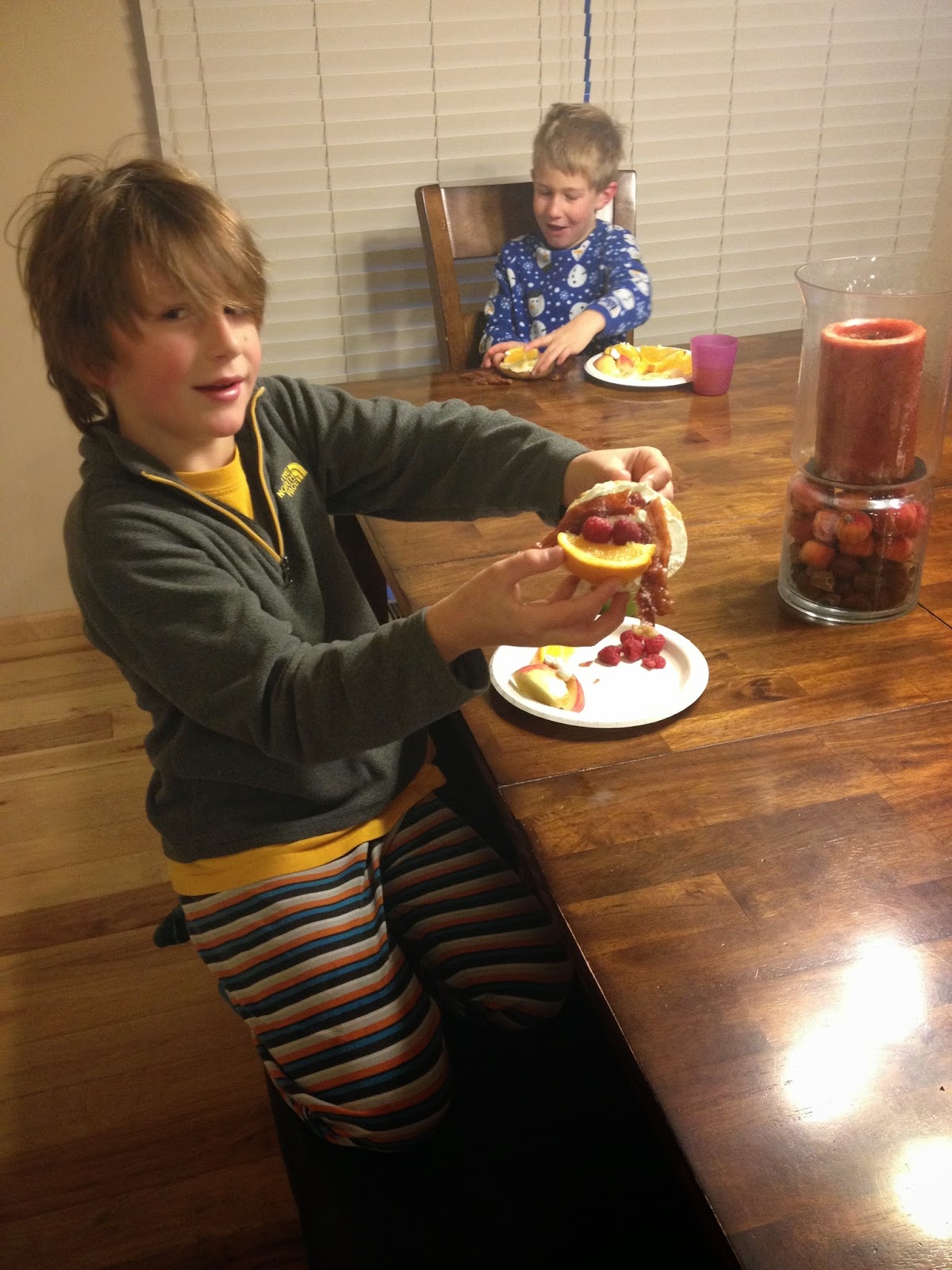 Dorothy loves to squash tomatoes and roll in the garden dirt.  Random, I know. 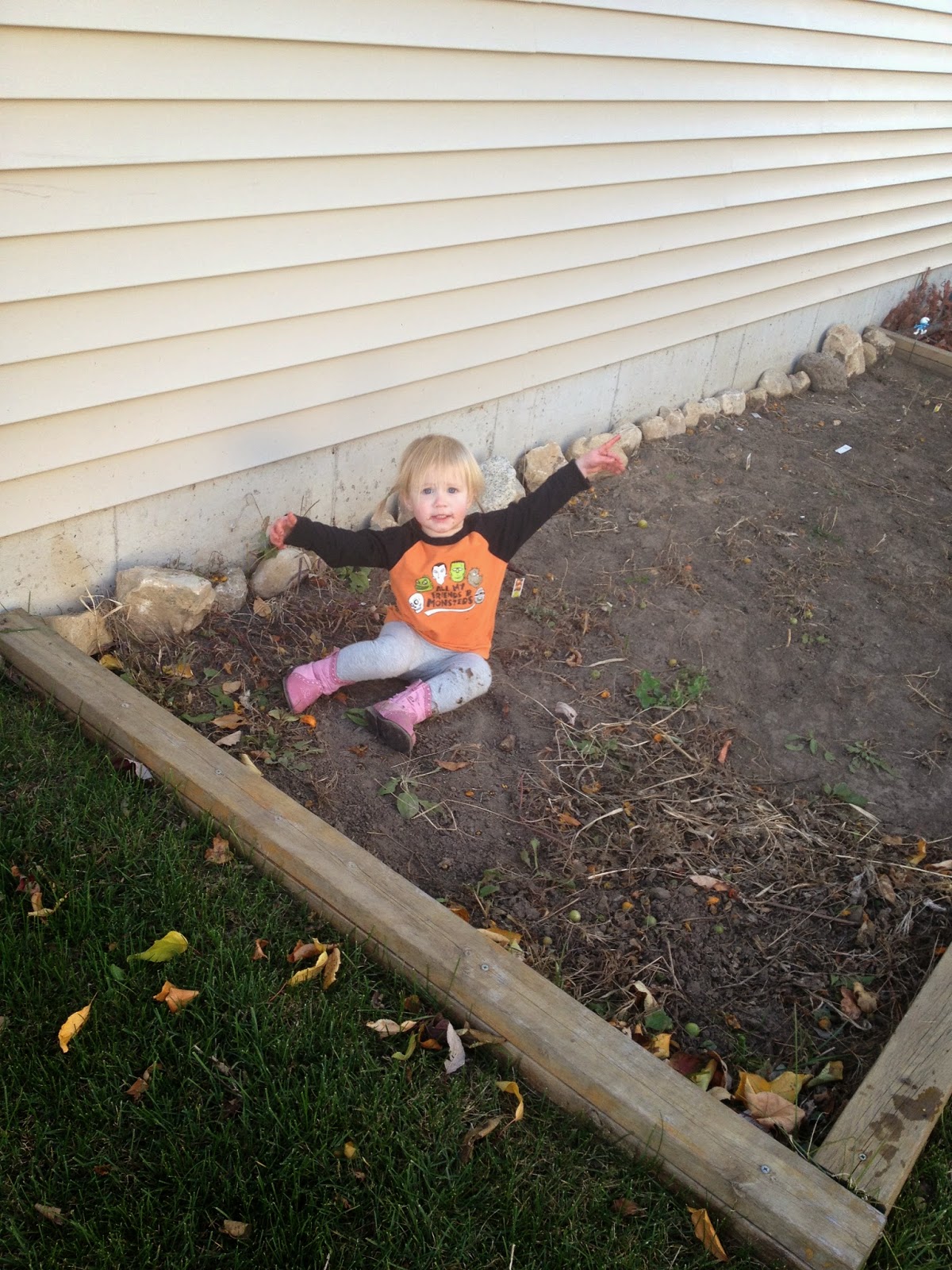 This Halloween will be the one remembered as "the year Mom drank too much wine." Plus side was that I totally didn't mind the rain!

I never knew how much my parents drank on Halloween. Now I do. Good times.

Your intro sounds so cozy! I sent the kids off with no sweatshirts today because it was going to be 70 and now all I can think about is their little bare arms. I would not cut it in WI.