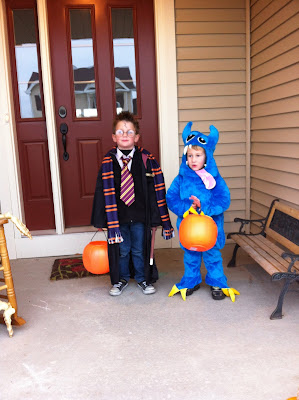 In order to get Cooper to fall asleep I have to sit still in front of his cradle and stare at him. He periodically opens his eyes to make sure I am still there. When he snores, it is safe for me to move.

I am going to take him to Target when he wakes up to buy a baby monitor. Can you believe this is our third kid and we have no baby monitor? Our first apartment and our condo were both too small to need them. At night, my shower has been disturbing Cooper, and he comes dangerously close to grunting himself awake every night at 10:30. This might mean it's time for me to put his cradle in his room and begin the transition to his crib, which I would like to do in the next few weeks, before he is old enough to form habits that are hard to change. He can't sleep in his cradle when he starts to move and roll, but by then, he might be too attached to it to transition smoothly. I am nervous to screw up the great thing we have going right now, though. I put Cooper in his jammies and swaddle him at 7:30. He eats and is out by 8-ish. Then I get to hang out with Ben kid-free for a couple hours, and I still have time to shower, read my new book, and be asleep before 11. Cooper wakes once at 2 or 3, and he sleeps in bed with me until around 6, when it's time to get the big boys up. I nurse him lying down in the middle of he night, so I really only have to wake up enough to grab him from his cradle and get us snuggled back down-- then I am free to fall asleep again. This means I have been sleeping about 7 hours a night, and if moving him to his own room disturbs my sleep, I'll leave him with me forever.

I was looking at his funny old man hairline the other night before I fell asleep, just staring at him over the edge of my bed enjoying how great it feels to be able to sleep on my stomach again. I thought to myself I cant wait to see him when he is a bald old man-- I bet he looks just like this. And I realized that I don't get to know him like this when he's a bald old man-- that's not how it works. I get the beginning, so if he needs me to stare at him until he drifts off at night and for naps, if he likes his cradle in my room, if he wants to wake up at 3 and sleep the rest of the night with me until he's in college, it's all okay. Also, male pattern baldness runs in my family, so I probably will see this hairline again. Just a maudlin midnight moment, but one that made me think about my kids' futures and what I want for them. I hope they all find wonderful life partners, people who will sit motionless at the edges of beds.

Jack and Harry both ate candy first thing this morning after breakfast, stuck their fat little arms right in their grocery bags of loot and looked at Ben and me like they couldn't believe we didn't stop them. Jack went for M&Ms (which he and Harry both call N&Ns) and Harry licked a sucker into a flat spitty blob and then made Ben stick it on a plate in the fridge so he can finish it after school. Yum. As you know, my special snowflakes never have HFCS and rarely if ever have artificial dyes in their food, but I am super cool about Halloween candy, mainly because I know the novelty will wear off quicker the cooler I am. Also because they are at school right now metabolizing those chemicals and are NOT MY PROBLEM.

Halloween used to make me feel bitter and have-not-y because we didn't live in a real neighborhood. Last year, I remember standing next to Ben while our kids knocked on doors in a neighborhood we drove to (and spent the whole time feeling like the biggest posers) and saying over and over again that we needed a new house before next Halloween. 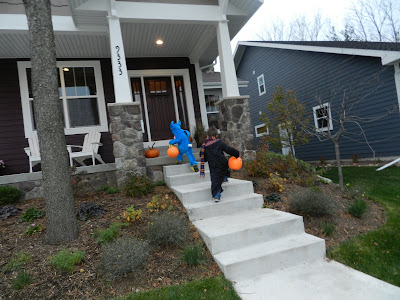 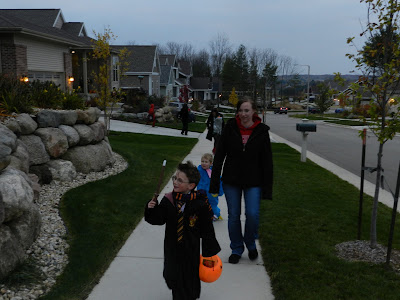 Yesterday (or, technically, late Sunday night), Harry woke up at 11:59, or as he said, one-one-five-nine, asking if he could put on his costume yet. But no tantrums all day or night. The best moment was when Jack realized the true meaning of Halloween. He came flying down a driveway and screamed, "Let's go to another house! I will get more candy for my candy box, right?" Then he unwrapped a full-size Hershey bar and ate it while he tromped along, smearing his face with chocolate, his monster claws flapping on the sidewalk. 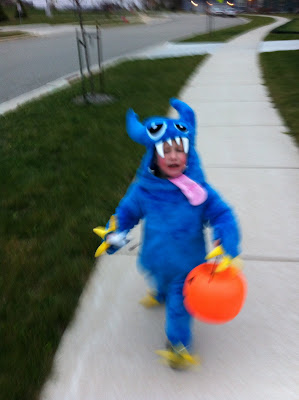 Love the part about Cooper and you at night. So sweet.

My heart is just busting. I turned 40 a couple weeks ago and have had a LOT of those maudlin-realizations-about-my-own-mortality thoughts recently; both as they relate to my relationship with Ethan and with my own parents. it is soul-aching to realize we don't get eternity together (at least not in the way we have right now--who knows what's after?)

Parenthood and the passage of time are so bittersweet.