Harry and Jack always rejoice on sheet changing day. Because it's really BED JUMPING DAY, and what could be more fun than that?? 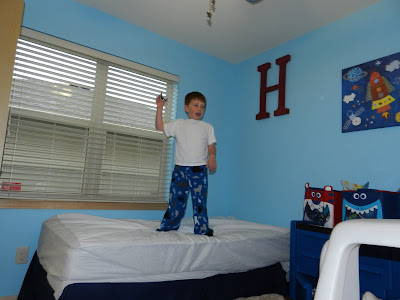 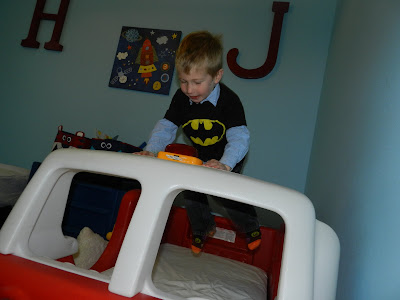 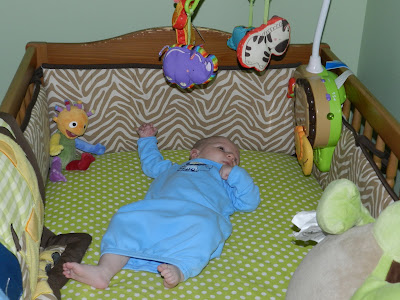 Don't worry-- he doesn't actually sleep in that crib-- it is purely for show. He sleeps in a Fisher Price Newborn Rock-n-Play Sleeper, and it gets amazing online reviews from people like me who can't believe that their tiny babies sleep through the night. BUT some people blame it for their babies' flat heads because it has hard plastic under the headrest. Ben and I don't think it feels any harder than a Pack n Play mattress, but now I am super paranoid and might buy a Boppy Noggin Nest to slip under the cover. What do you think? Did your baby get a flat head if he slept on his back? Coop already has bald patch, and the sleeper (and his carseat where he rarely is because he HATES it-- he might also hate Kohls, too.) are covered with his little tiny hairs.

Today was a looooooong day. I forgot how hard it is to deal with both Harry and Jack all day. H did not have school, and nether did J, and so the 4 of us were together all day. It's not that Harry is any trouble by himself; it's just that the 2 of them together SUCK. They play happily to a point, but then it's flapping and whining and tattling and general non compliance. When Ben came home, Jack actually tattled on me, saying "Her scream at us when we not clean up our toys." Well, um, yeah. Pretty much.

But we also did art! As you can see, Harry is cutting, and Jack is drinking the Halloween sprinkles they glued on their pictures: 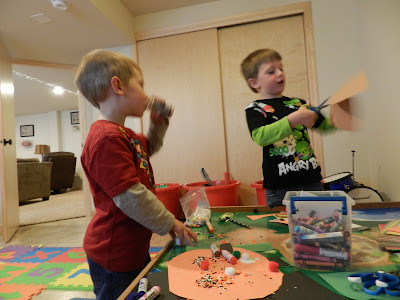 First they made pumpkins 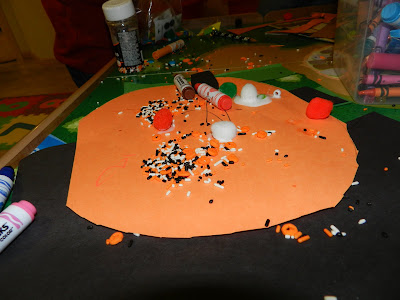 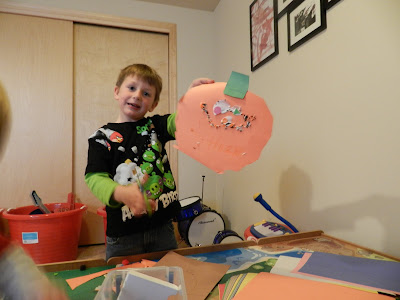 Then I realized that only took like 15 minutes, and we still had HOURS TO GO, so they made spiders. 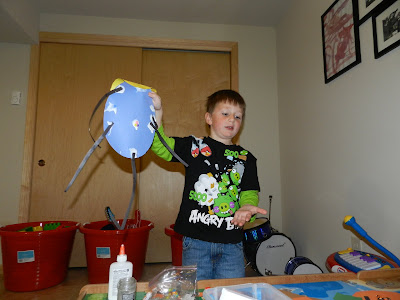 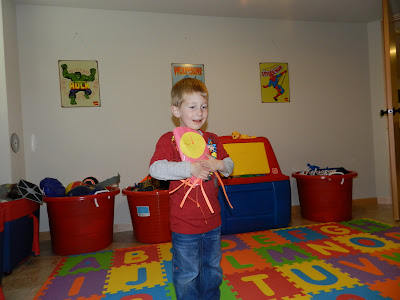 Then they picked out books to read quietly on the mat while I vacuumed up sprinkles. As long as it looks like a preschool in there, they might as well act like preschoolers, right? 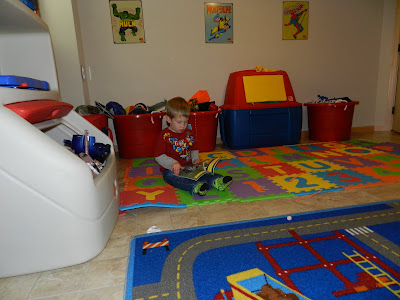 The bickering will make you INSANE. OMG. We go through waves of wonderfully happy cooperative play, bickering and tattling, then Wes takes a nap and Charlie is bored out of his mind because he's the only kid in the house.

Your playroom is wonderful! The vinyl was such a smart choice. I'm going to have to think up some good crafts to do too.

I vaguely remember my kids having flat heads and bald patches from sleeping on their backs. But I'm happy to say they now both have very round heads full of thick hair.

We used to have those alphabet squares, too. They loved them. I kind of want to hang out in your playroom!