Back on the Ice

Oh, hockey season.  I can't say that I have missed it, but I have noticed its absence, which is kind of saying the same thing, I guess.

Harry's team won their first game 4-1, and Harry had 2 goals and an assist.  He also had ZERO PENALTIES, and after he knocked the goalie's stick out of his hand, he skated over and gave it back.  Progress.

Also!  The kids are growing up.

I used to pack such elaborate bags for hockey games, and this weekend?  All I brought was this: 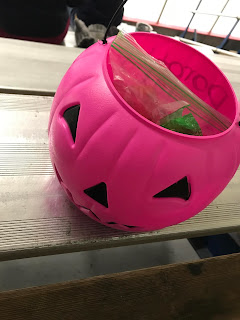 A random jack-o-lantern with a ziploc of candy, some toys on the floor of Dorothy's bedroom, a Shimmer and Shine coloring book, and a few colored pencils.  SO EASY. 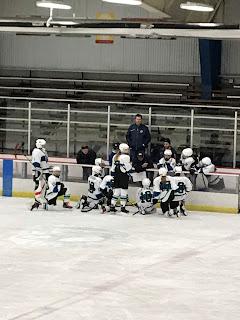 Harry on the ice! (He's the one with the bright shoelaces OF COURSE) 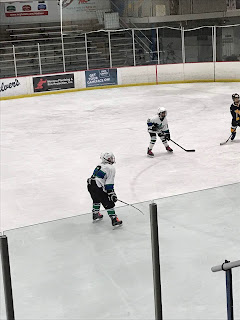 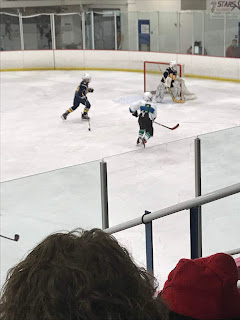 And!  You know what?  I am the kind of mom who, if you ask THE DAY BEFORE if she can sew on your nameplate on your jersey?  She can!  And she does!

Speaking of awesome moms, it's my mom's 66th bday!  If you see her around, tell her happy bday! And also!  CAN YOU BELIEVE SHE IS 66?!  I hope I also look young forever. 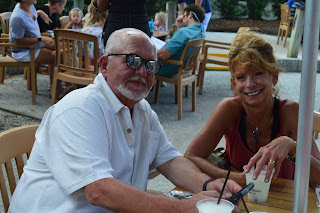