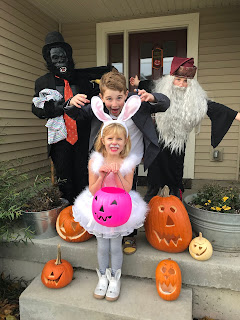 Halloween was amazing!  I loved every minute of the whole thing!

We had some friends, some neighbors, ad my brother's family over for the big night, and I got NO PICTURES.  This is because I was having so much fun and paying attention to people, not apps.  But also?  Would it have killed me to snap a pic of all the kids all together??  No.  No it wouldn't have.  I didn't even get a Halloween cousin pic!

But!  Desiree sent me these: 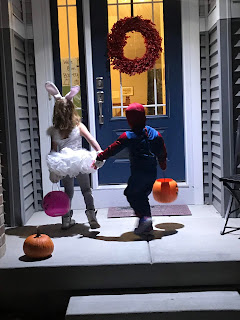 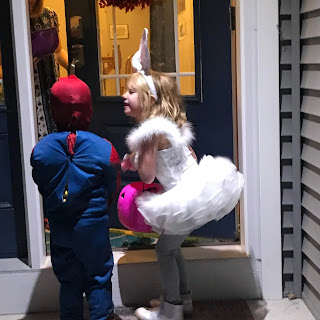 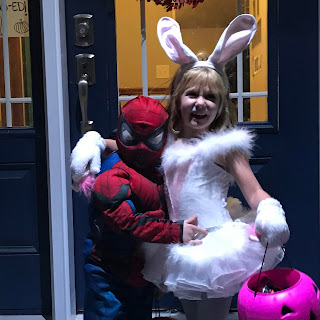 The kids had an amazing time.  Harry was at a party, so he was clearly way too cool for the festivities. 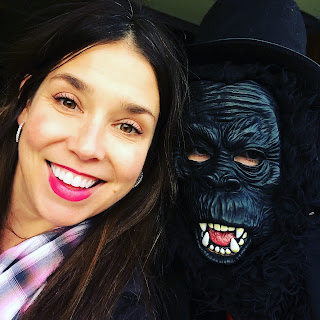 But Jack came home from school and said, "Hey! That looks like a fun table!" I can't even tell you how happy this made me because I have been sad in advance about the evaporation of little kid Halloween.  Maybe it will stick around awhile longer? 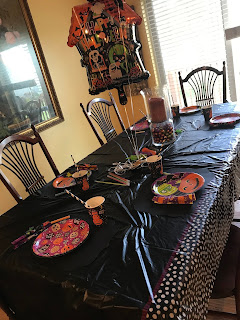 I wanted to make these cute little leaf foxes with the kids, but it rained, so I couldn't count on finding real leaves.  Gah.

Then Joanne's had already closed out all of their leaves to make room for Christmas stuff, so I had to buy these giant sunflower garlands (for $2 because all of the fall stuff was already 70%=20% off on OCTOBER 30) and cut off the leaves 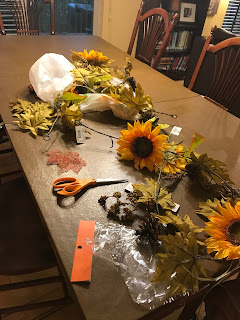 Then my wiggly eyes and pom pom noses wouldn't stick to the damn leaves, so I ended up just making paper ones.  GAH. 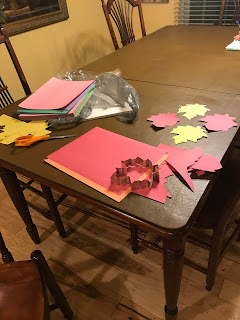 THE EYES ARE TO SMALL here. 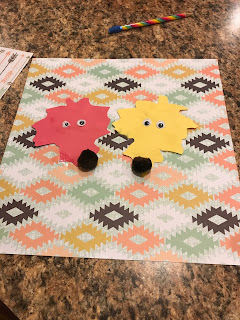 BETER. (Also, the Costco bubbly made the whole thing better) 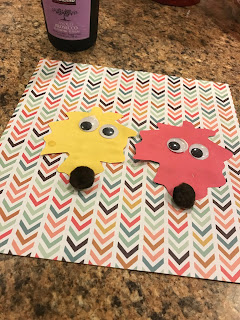 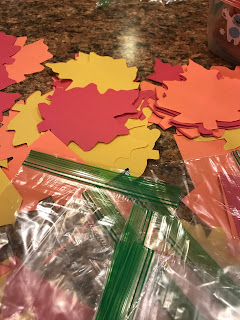 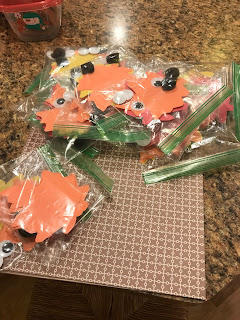 Success! (And they had a What Does the Fox Say dance party) 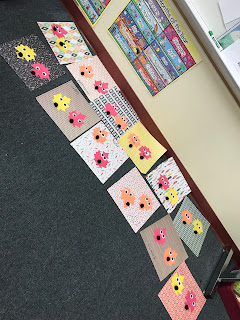 We also made scary popcorn and candy corn hands: 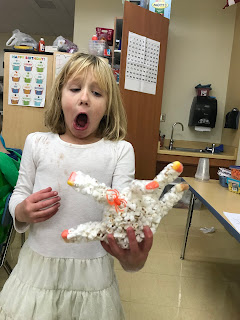 And ate some popcorn with our best manners. 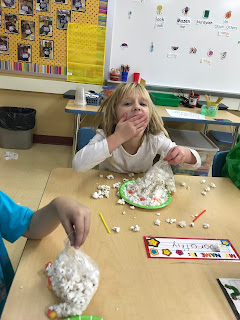 Plus banana ghosts (not pictured because I'm terrible at taking pictures) and cutie jack-o-lanterns. 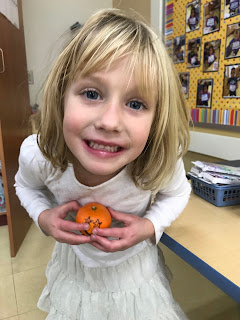 She was off the damn wall.  I hope it was just halloween excitement, but I am for sure going to ask at conferences. 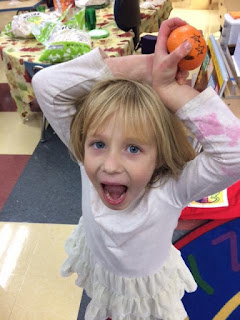 My last kindergarten Halloween, you guys! 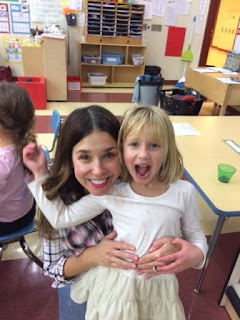 I loved every second. 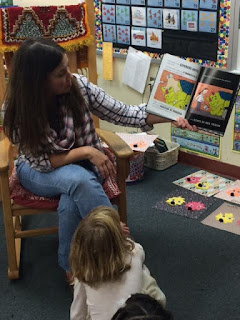 Even cutting out all those leaves.

Look how excited they were on the way to school! 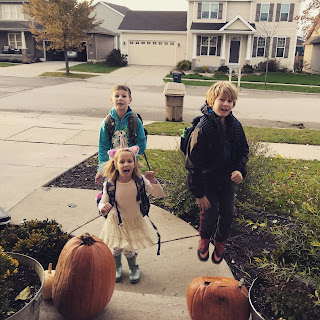 And I was excited in the house!  Getting all the candy ready! 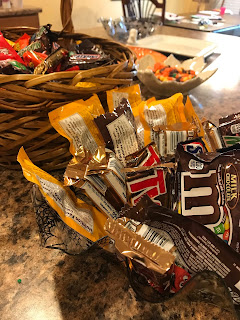 Some houses kicked it up a notch and gave out movie-theater boxes of candy.  SOMETHING TO THINK ABOUT FOR NEXT YEAR.

Speaking of next year, blog is my witness, Ben and I are going to have a Halloween party for grownups.

Also, I decided to make blueberry muffins (to go with the Costco pizza, Costco queso, chips, and veggies I threw on the counter) and PRO TIP: The nest time to spill blueberries is when you are in a hurry. 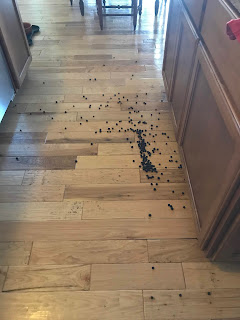 Dorothy and Henry, after they were done trick or treating 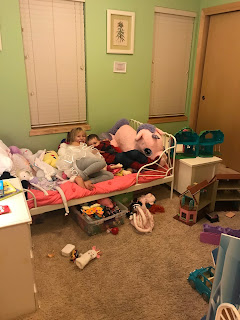 And, finally, SO MUCH CANDY 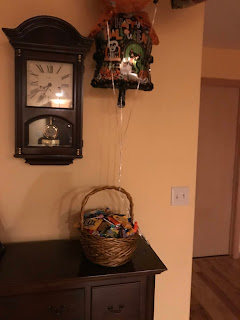 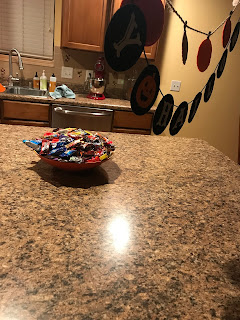 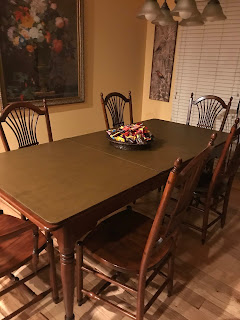 Can I just say what a relief to find somebody who truly is aware of what theyre speaking about on the internet. You undoubtedly know the best way to deliver an issue to mild and make it important. More people have to learn this and perceive this side of the story. I cant believe youre not more standard since you positively have the gift. online casino bonus