WHY AE YOU EVEN READING THIS? YOU SHOULD BE VOTING!

Harry and I got in the voting spirit (I HAVE BEEN IN THE VOTING SPIRIT FOR 2 LONG YEARS) by attending a really awesome rally with Tammy Baldwin and Elizabeth Warren. 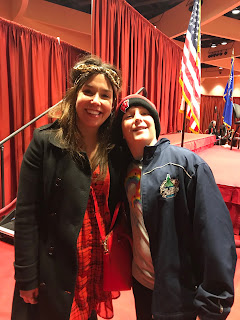 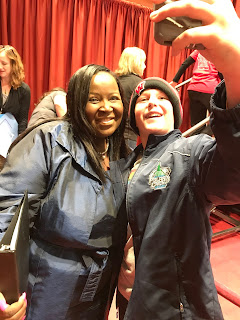 I have never seen Tammy Baldwin in person-- she is tiny!  And also so sweet and soft spoken and then!  A TOTAL BADASS.  I am totally charmed. 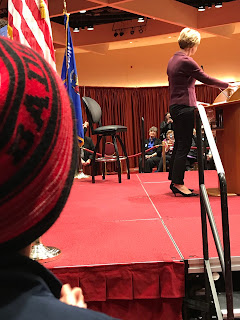 And Elizabeth Warren!  OMG! She was fantastic!  So dynamic and such a good explainer-- she could rival Bill Clinton for an explainer in chief title. 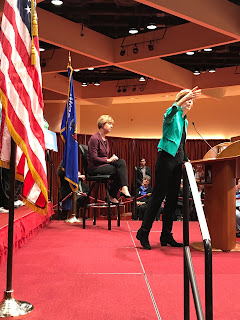 We got a picture with Tammy Baldwin, but Elizabeth Warren went the other way (avoiding the VIP section which is totally apropos), so Harry had to hustle to get a pic 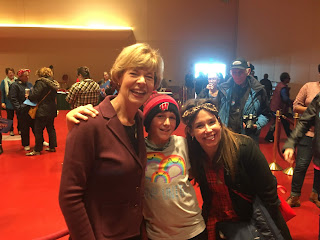 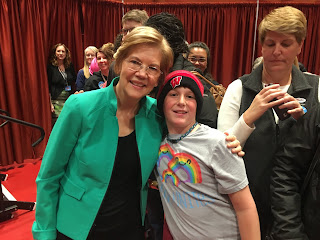 And then, Starbucks, natch. 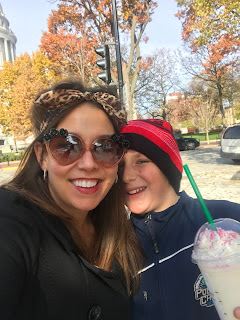