Snug in their beds

I know you're dying for an update. Here's how we wrapped up our SNOW DAY: 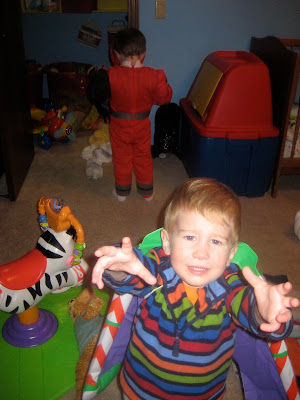 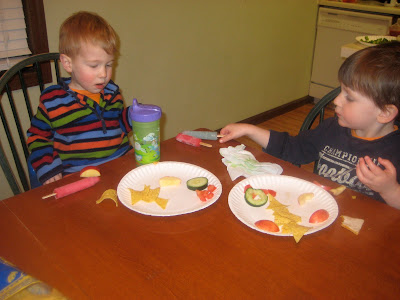 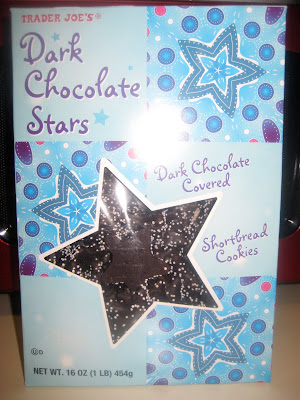 Were riveted to the magic that is SNOW PLOW 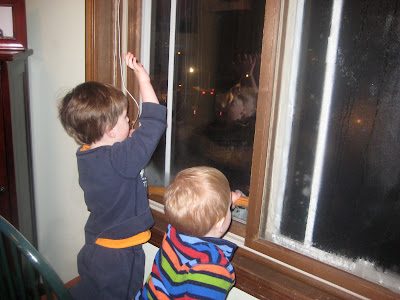 Had a little bath time treat 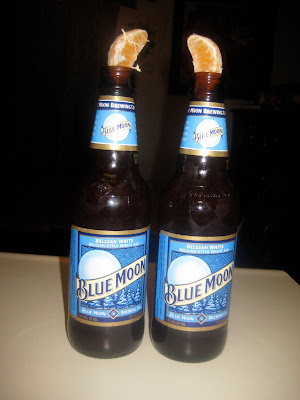 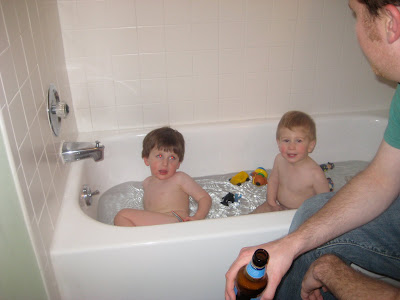 Jack puked all over everywhere, and we put the kids in silly footie pajamas. Which Harry has already changed out of because his feet were too hot. And since Jack was asleep in his room, Harry had to change into the only available spare PJ's, size 24 month snowman jammies. HILARIOUS. I'll be sure to get his pic in the morning. 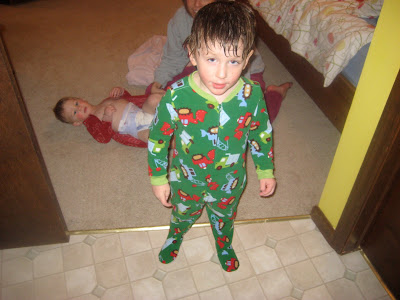 I've been meaning to pick up a box of those cookies... and I love that you drank beer at bath time. It's the only way to survive! They're too cute.

So fun to follow your snow day! Glad that everyone survived (and impressed that you had watermelon AND oranges)!