Christmas again!! It goes on and on like Hanukkah! 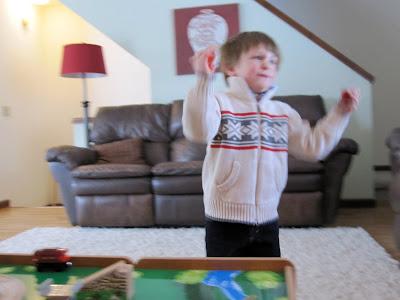 Harry was SO EXCITED HE COULDN'T STAND IT waiting for Ben's parents to arrive yesterday. The blizzard finally let up enough for them to load up their sleigh with gifts and make their way north, and we were thrilled to see them. We had the merriest Christmas we could imagine.

The grandparents brought a **few** more presents, and there was much unwrapping and making merry 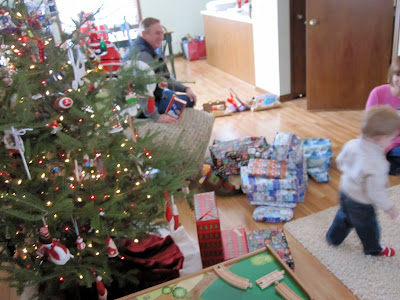 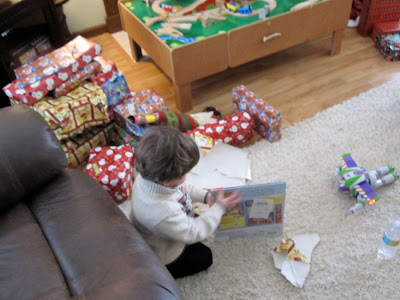 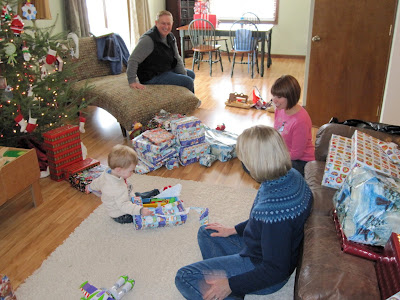 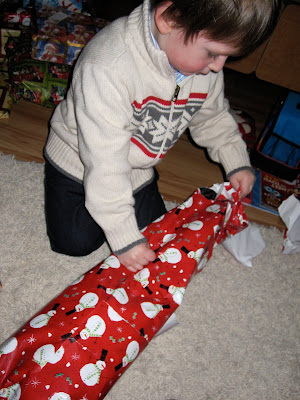 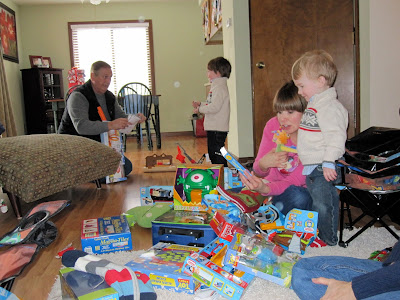 I have said it before, and I'll say it again-- Harry and Jack are SUCH GOOD HELPERS 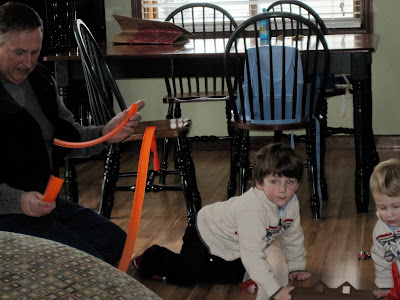 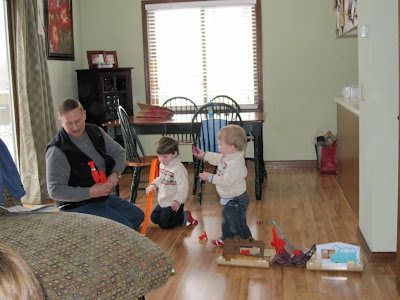 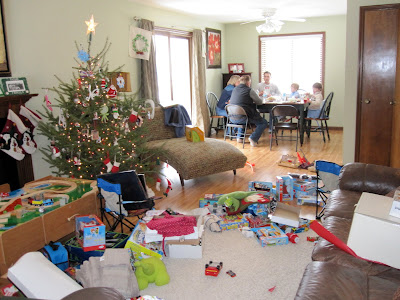 Turns out both kids love red velvet cake, which I think is endearing 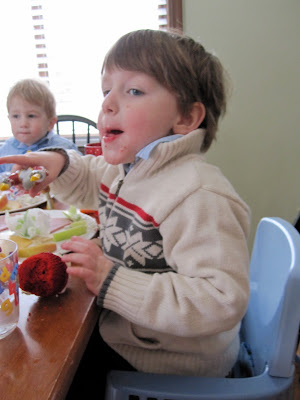 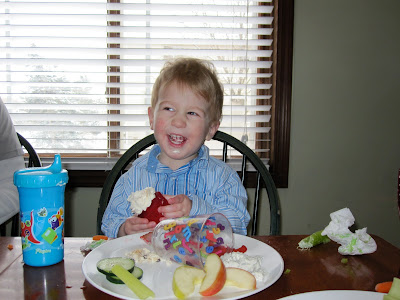 Jack modeling his new Spiderman hat from his great grandma 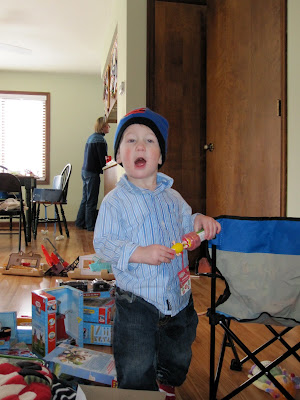 Harry dragged his grandma to his favorite puzzling spot-- the floor of our bedroom near our sink, the little weirdo 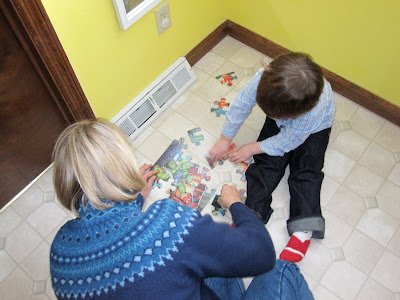 Jack is so tough 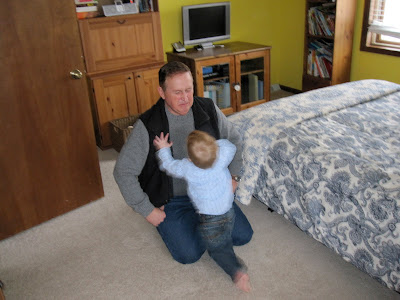 Ben and his dad played with some Buzz LIghtyear hands 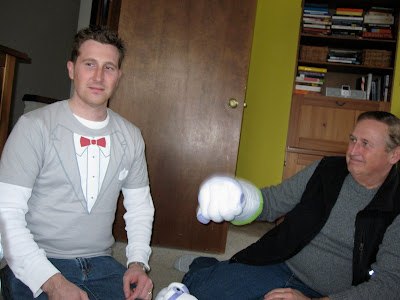 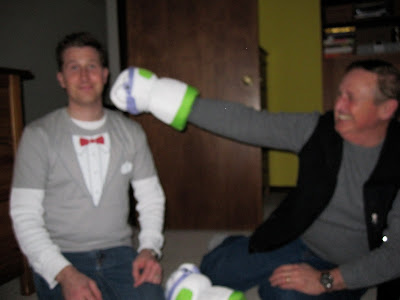 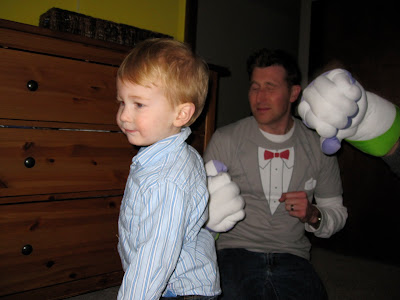 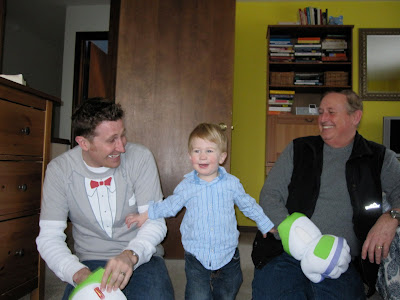 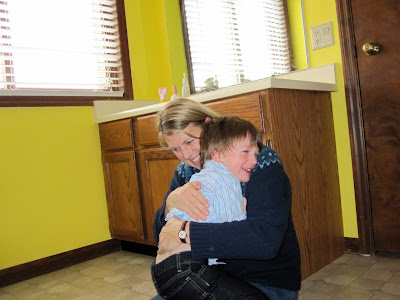 Harry was sad when his grandparents left, and he consoled himself by surrounding himself with all his new stuff 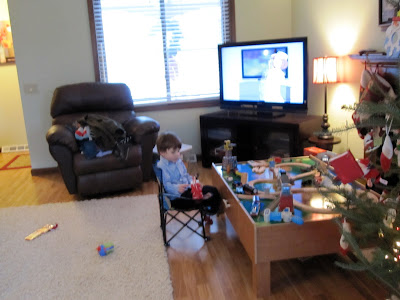 This is our first experience with Geo Trax, and they're pretty awesome-- we all agree 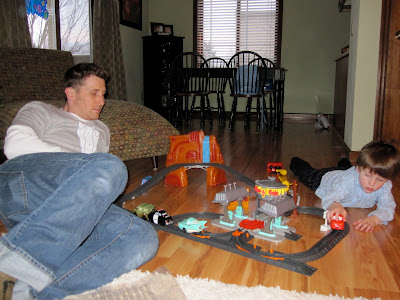 Even though there's a bit of finger, I like this picture that harry took of us. Harry, in turn, liked using the camera. 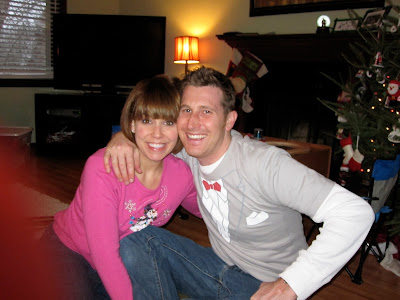 Ben chased him a little to retrieve it 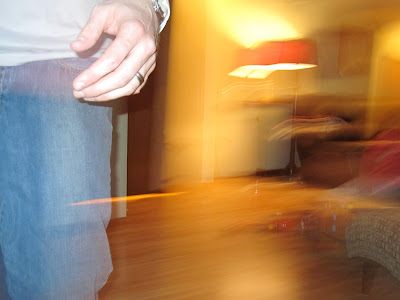 Jack capped off the day in a perfect way-- MORE CUPCAKE 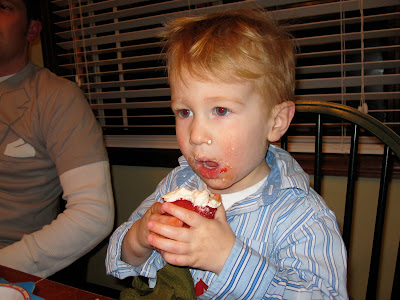 Also, Happy Birthday, Dad!! We hope you had a fantastic, relaxing day, and we'll see you soon.
Posted by Sarah at 8:01 AM

I love your new comforter too.

I love the boys' matching sweaters! They look like little men.

A day that ends with cupcakes is always a good day!

I ask you, who doesn't like red velvet cake?

Such cute pictures! I agree, the sweaters are adorable!

I love the Buzz hands -- hilarious!

I think I'm going to buy some Toy Story toys as "inspiration" for potty training (someone is very ready but is psyching himself out about the whole deal, so I think having him fixate on something else and having the potty be a means to an end is the way to go, or at least a starting point)... any recommendations?