The Blizzard of Aught Nine, Part 1

I went shopping yesterday for the refreshments for a persuasive speech contest my department holds each semester. I bought 8 dozen cookies, 4 bags of chocolate candy, and stuff to make some really excellent sherbet punch. The contest was scheduled for tonight.

When I looked outside last night and saw this* 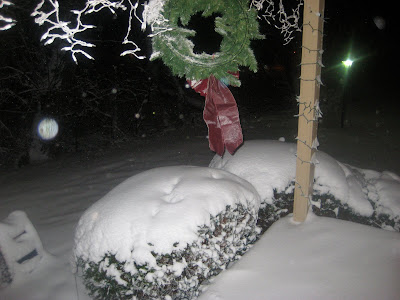 *note the Little Tikes slide still in the yard from this day. Klassy.

I regretted my decision to leave all that stuff in my office. I felt like the likelihood that the show would go on was very small, in light of the snow globe we found ourselves in. 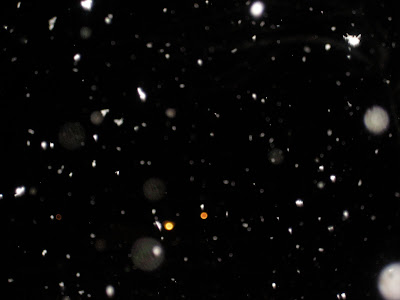 Apparently, the chancellor had similar views from her windows because she cancelled classes at my university, something that NEVER happens-- last year it took me over an hour to drive to campus on final exam day, but drive there I did. This morning, we woke up slowly, lingered in our warm bed (all of us. in the same warm bed-- but the kiddies didn't join us until about 6:30, which reminds me-- if Jack and Harry go to bed by 7:15 and 7:45 respectively, they sleep until 6:30. If they go to bed any later than those magic times, they're up by 5), and groggily went downstairs for coffee and breakfast smoothies.

Downstairs, we saw THIS: 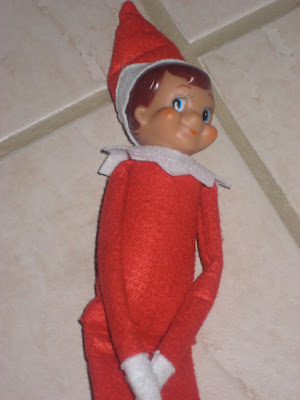 AUGHHHHHH! WTF is he doing off the shelf?? AUGHHHHHH!! I will keep you abreast of his movements today. Also, if anything happens to us IT WAS THE ELF! THE EFL DID IT!

We also saw this: 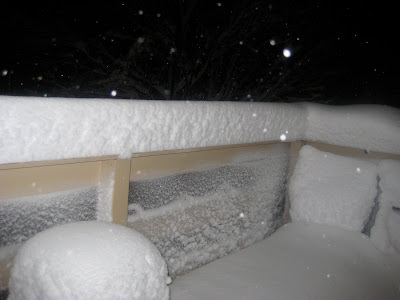 And this: (poor trees) 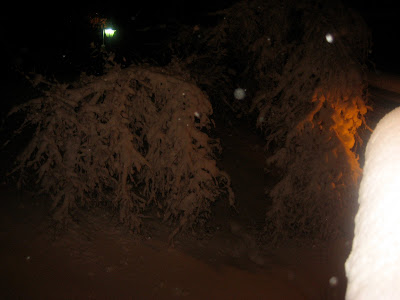 I had the brilliant (read: totally stupid because I lacked coffee) idea to crush the frozen fruit first. 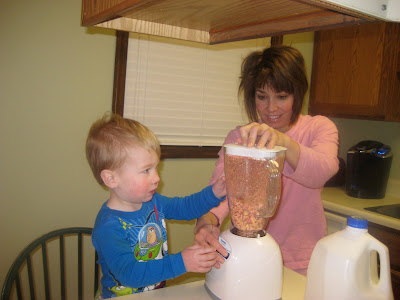 And I broke the blender. 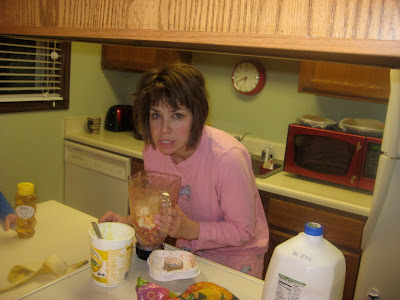 The kids (mostly Harry) had a moment of mild shit-losing 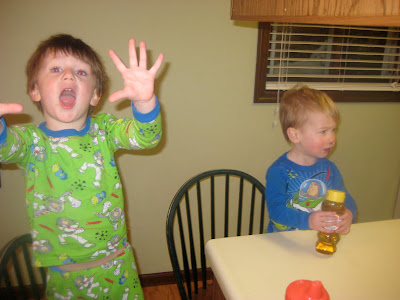 So we improvised with our smoothie making 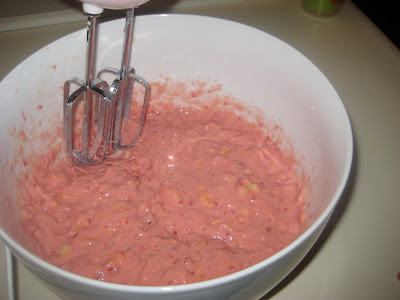 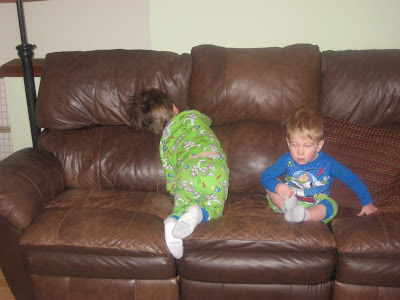 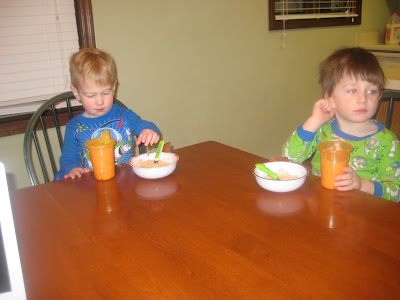 (no, they're not watching TV while they eat. They, uh, just have that far away look in their eyes because they are, uh, thinking about the, um, magic of the holiday season?)

(also, it would be really great to have punch and 8 dozen cookies today)
To be continued...
Posted by Sarah at 7:07 AM

Oh gosh, I laughed out loud at the hand-mixer smoothies! Very creative. Also the picture of you with the broken blender! Hysterical.

I can't believe your snow! I've never seen anything like that! Enjoy your snow day and don't hesitate to call 911 if that elf starts moving around again.

Sarah, that elf is going to give me nightmares if it flipping moves on its own again. That is why when I saw one in the stores I proclaimed it evil and told Evan "Never in my home!". I knew it would do things like that.