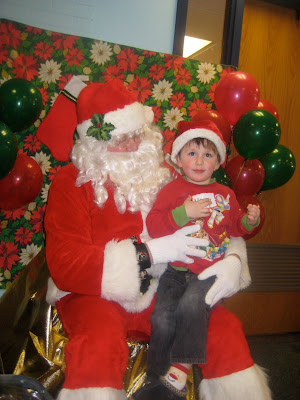 I was on campus until 11 last night (and actually, I had a lot of fun-- it was our department's annual persuasive speech contest, and ya'll know I like a good persuasive speech contest), and Ben and I stayed up until midnight wrapping Hanukkah presents. Then Jack woke up screaming at 1:11, at which time I discovered I was nauseous, had the chills, and had a blinding headache. I passed out on the couch watching Miss Congeniality around 2-ish; Ben (after being head butted in the templed repeatedly by a thrashing baby) and Jack fell asleep at 3, and Harry the Elf woke for the day at 5:50.

Jack and I went back to the doctor's office (where Jack was still too sick for the H1N1 booster, which sucks) to discover 2 things 1. Jack has his first ear infection. 2. Jack f*cking hates amoxicillin. The next ten days are going to ROCK. (Jack woke up this morning clutching his ear and saying "ow ow ow ow ow.")

Ben and Harry were charged with the much funner task of HAVING LUNCH WITH SANTA!

Ben said when they went into the lunch room, the food was all spread out, and Santa was standing right in front of Harry. Harry said, "Oh look Dada! Cheetos!" 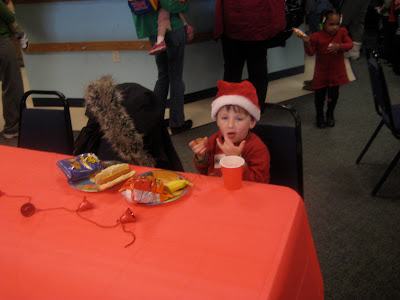 Harry insisted on wearing his Santa hat to school today, and I love that the only time he took it off was when he donned his antlers. 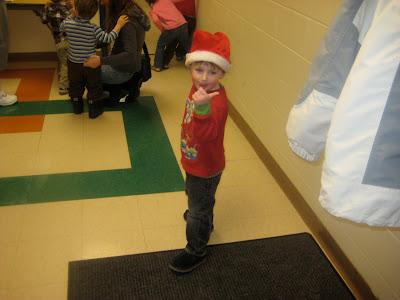 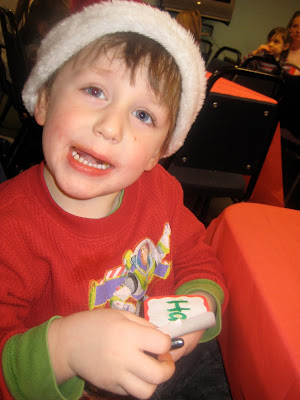 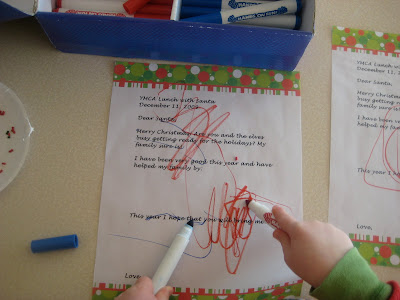 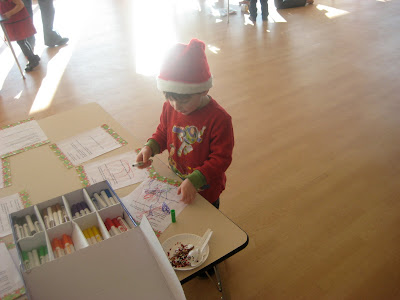 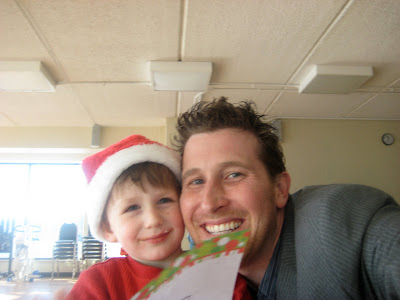 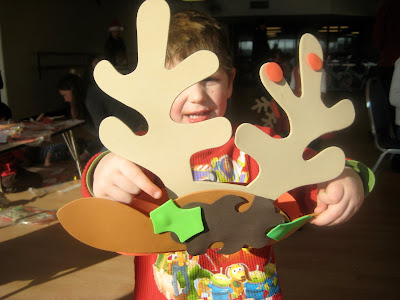 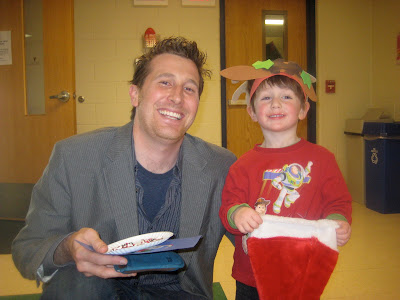 Fun! So cute. Poor Jack. That's a hard flavor to hide too. Charlie's steroids went nicely in applesauce, but I'm afraid the pink would be a problem.

Oh... poor Jack!
But Harry is too freaking cute with the hat!

That's a bummer about Jack's meds. Mia had amox for 10 days too and I'm not kidding when I say she did the happy dance twice a day when she saw it was med time.

I am astounded at your ability to chronicle the day with pictures. By the time I think to get out the camera, everything of any interest is always over. Also my children are like the Amish and are extremely opposed to being caught on camera doing anything.Hope the little ones feels better with the meds.