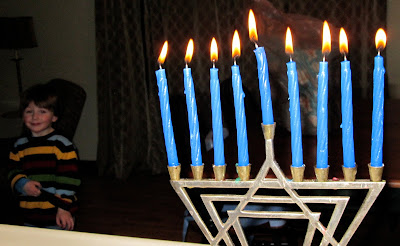 It's over. And every night, Harry tried to blow out the candles. Nice.

They have gotten in the habit of getting a gift when Ben gets home (yeah-- I know it's supposed to be at sundown, but the sun goes down at like 3:00 here in the frozen tundra, so we all light the candles after work)
Harry was a little wary opening his last gift-- he's been burned with PJs and slippers (on 2 SEPARATE nights-- we suck so bad) 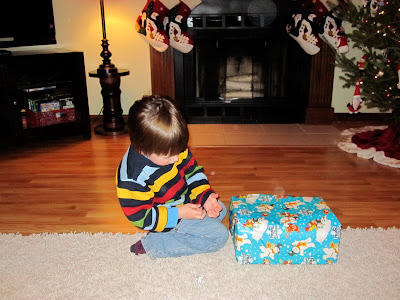 BUZZ LIGHTYEAR (yeah, he has like 4 Buzzes, but this is a different one-- he has been NEEDING one whose mission log opens and whose wings pop out and retract. NEEDING it.) When he opened it, though, he said "Oh. I thought Santa was going to bring this to me." 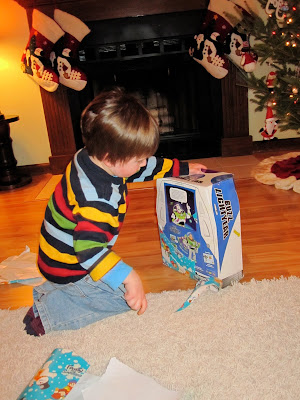 Then I spent 20 or so minutes trying to wrestle it out of the box-- which was totally supposed to be saved to be his space ship, oops. Look at that contemplatory spittle-- you should see me when I write. Also? On the stove? Grandpa Jack's famous spaghetti sauce and meatballs-- fantastic-- even with the boys' "help" and the addition of some zucchini that was hanging around our veggie drawer 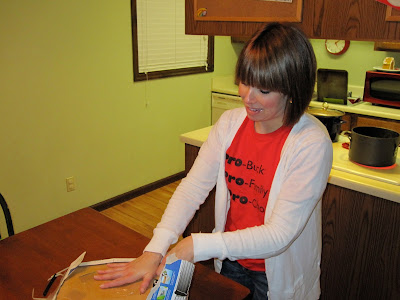 Jack has also turned into a grabby little jerkface this holiday season, and he has gotten pretty okay at opening presents, a skill that will serve him well on Christmas morning 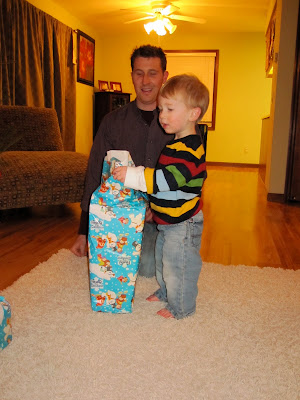 A little unsure of his vacuum. 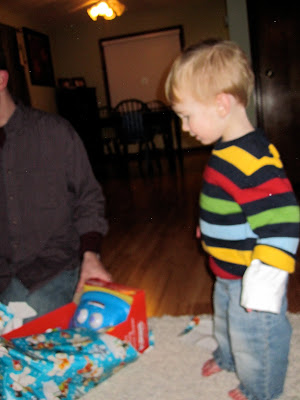 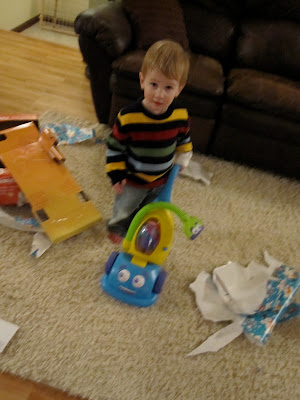 This is Buzz and Zurg, according to the artist (Jack agrees-- he points to it and says Zhuh and Zhur (buzz and zurg, if you don't speak Jackanese) 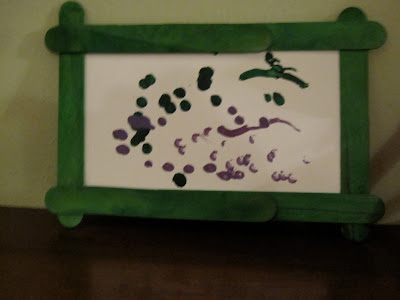 Harry worked really hard on this wreath, which lacks the usual cursory paint dashes that are his calling card. Instead, it s fully painted, painstakingly glittered, and adorned with a tiny star sticker that Harry claims to have chosen especially for his project. 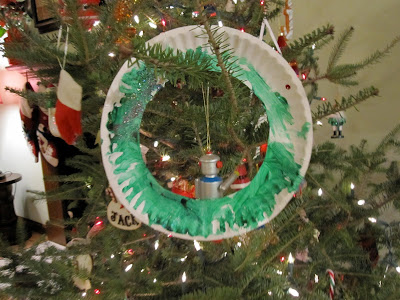 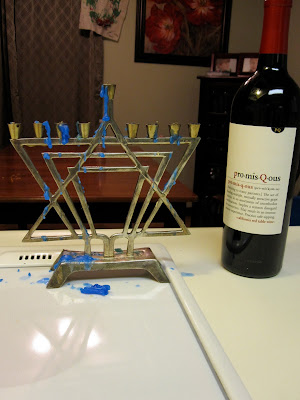 I love cleaning the kitchen while candles slowly burn, but as I walked past the couch to grab the broom from the front closet, I noticed the elf on the shelf ensconced on the couch. I screamed. Ben said he didn't move him. So I tossed him outside 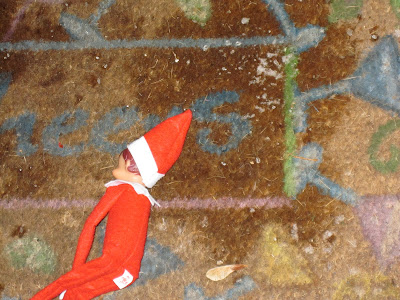 But then I felt bad for him and brought him in. He stayed on the stairs all night, but if something were to happen to us, YOU KNOW WHO'S TO BLAME. 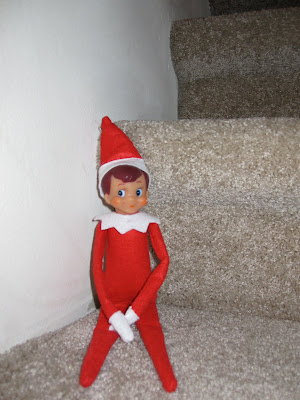 Julia's getting that vacuum too! Actually, Ebeth got one when she was around 2, but we didn't have room for it, so we left it in Pekin for Ethan to play with.

Your elf is a Christmas Chuckie. I will TOTALLY call the authorities on it if your family is missing.

Why is it so hard to open kid's presents? Do they just want to torture parents?

Now I want some wine. LOVE the pictures. So fun... I've always wanted to celebrate Hanukkah.

your son is just working his way up to reviving pointilism with his picture of Buzz and Zurg. Seurat (spelling?) would be proud.

I think we are planning to wrap the gifts out of the box this year. It'll make for a crappy wrap job but it'll be worth it. That elf cracks me up.

Craig and his roommates used to have a creepy clown doll that we would all hide in weird places in the house for others to come upon and be frightened. That elf would be primo for that game.