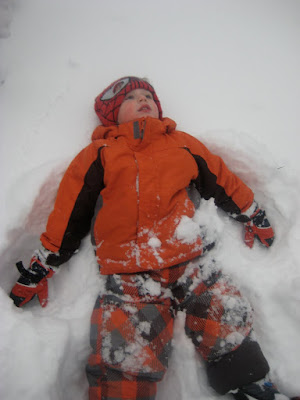 OMG. I think that's more snow than I have seen in YEARS. We definitely frolicked, and I have the pictures to prove it:

First, though, we all put on 3 pairs of pants 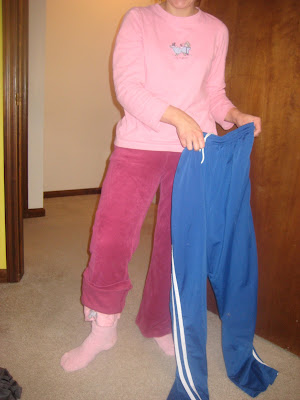 Ben's windshield wipers were surprised to see all the snow 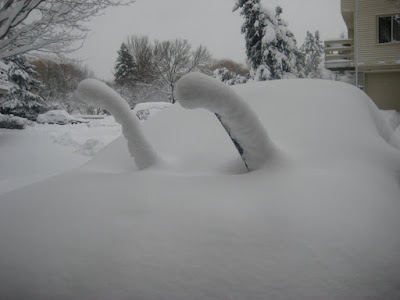 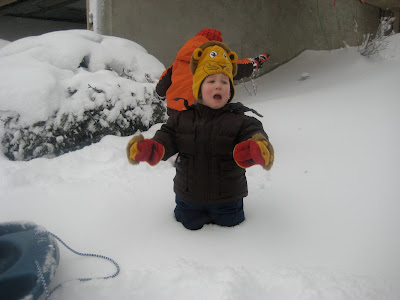 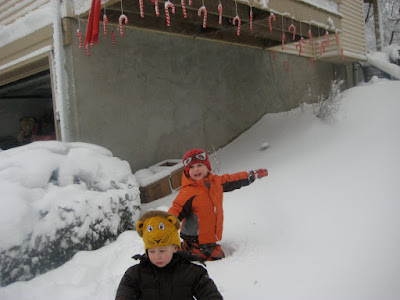 Harry was at the bottom of our hill screaming "Carry Harry!" so I had to abandon Jack at the top-- he flapped his arms a bit. 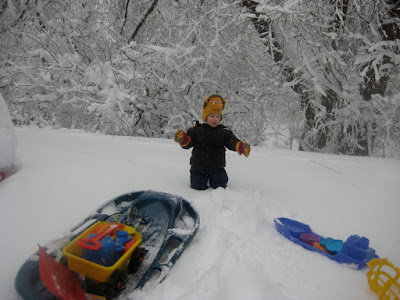 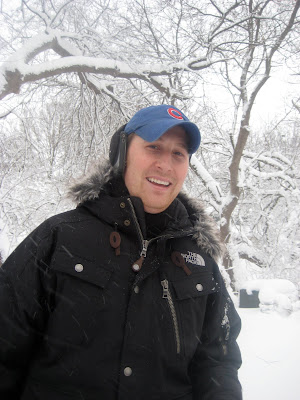 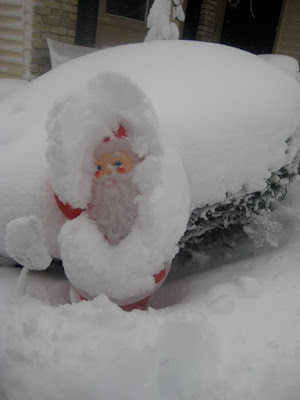 Jack only wanted to be held. He also wanted to stand near a lamp post, or a bush, or a tree. BUT NOT CLOSE ENOUGH TO TOUCH IT or else he cried. 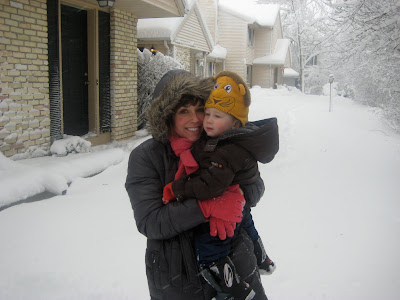 Harry unleashed his inner rock star in the drifts 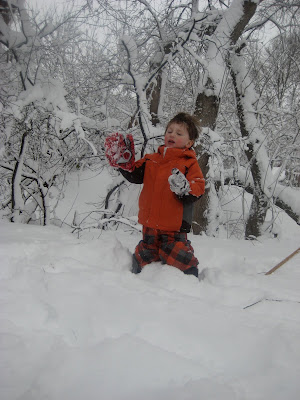 We thought Jack might like to shovel, and he did. For abut 6 seconds. Then he stuck out his useless mittened hands and whined some more. 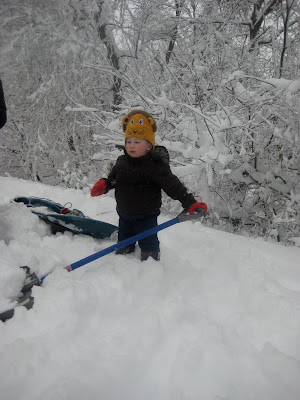 Jack consented to being hauled around on the sled for quite sometime. Until Harry washed his face with snow. 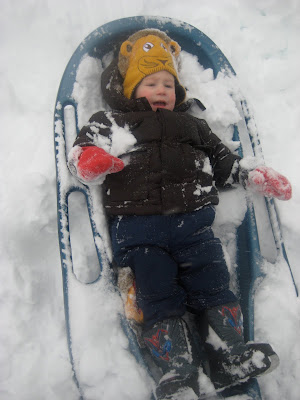 poor kid. he for serious doesn't like the snow 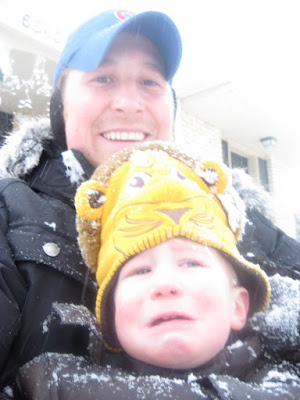 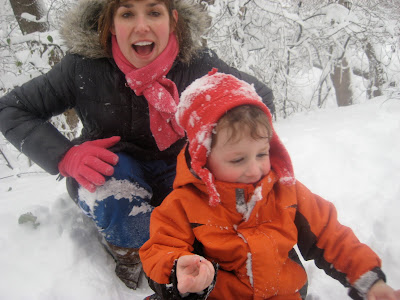 and he took his mittens off for the 46th time, so we went inside 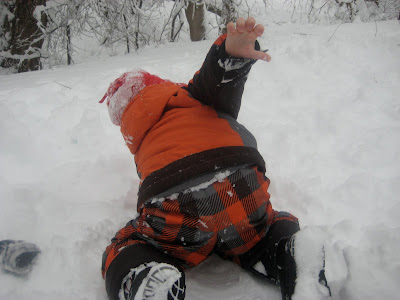 That Jack is a little man after my own heart. The pitiful mid-south flurries I must endure send me into full retreat mode: Comforter, cocoa, and wretched attitude. If I never pick up an ice scraper again it will be too soon.

I love Ben's blue-tooth. I do that with my super attractive ski helmet while waiting in lift lines!

It sure looks like you're all having fun in the snow! I am jealous -- it is freezing here (literally in the low 30s/upper 20s) but of course we'd never get snow!

Ha! Love peaking at 10. Not good. Looks like tons of icy cold fun. Maybe you'll get a good nap out of it?

Holy Cow. You got so much snow! We got a few inches if even that. Harry is waist high in snow-I love it! Looks like a great snow day.