Take Me Out to the Ball Game

Milestone alert:  THE KIDS ARE OLD ENOUGH TO BE FUN AT THE BALL PARK!!  We stayed the whole game!  I drank 3 beers!  It was amaaaaaaaaazing!

Also, I ran over my pink Ray Bans a couple of weeks ago, and I completely lost my Dolce and Gabana sunglasses, meaning I went from having 3 pairs of nice designer sunnies to having one lone pair of blue Ray Bans that are all bent to hell because I leaned on them once in the car. So I wore those to the Brewers game and when I was buying beer, I knocked them under the beer counter.  It took a freaking team of ushers to get them out and so long we were sent to our seats to wait and then a really sweet older usher supervisor showed up in our row WEARING THEM, and I was so happy.  And then my phone blew up with news alerts about Justice Kennedy.  Wah-wah.

Did you know that in Wisconsin it is MANDATORY to cook things in the parking lot and eat them before a sporting event?  IT IS.  So we did. 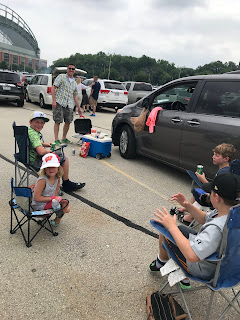 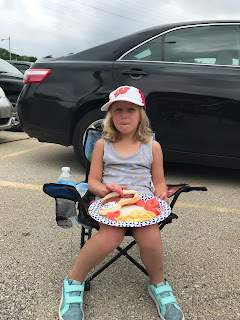 Miller Park, by the way, is my faaaavorite baseball park.  It is big and clean with a great playground and incomparably friendly staffers.  Also, you have a lot of personal space in your seat, on the bleachers or in the stands, because it is designed for people who are compelled to cook things (usually sausages) and eat them in the parking lot before the game. 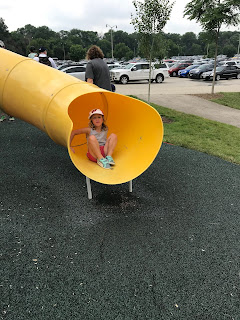 Dorothy has started ding this completely amazing things (I think thanks to our Bucky hunt) where she imitates the statues she poses with.: 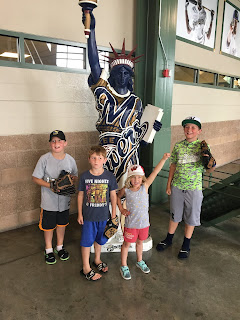 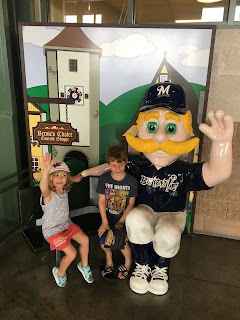 Cooper probably had the least amount of fun because he realllllly wanted to catch a ball. 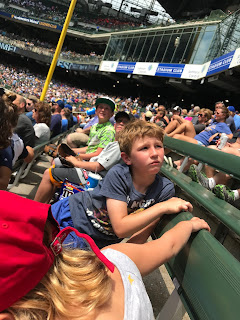 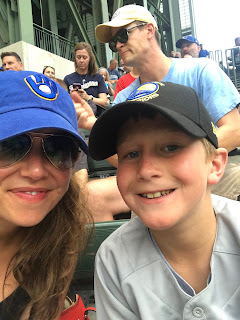 Still no ball, but there was a home run about 5 feet to our left. 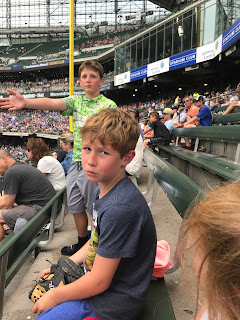 But then it started to rain, and THEY COSED THE ROOF which was the coolest thing Cooper has ever seen. 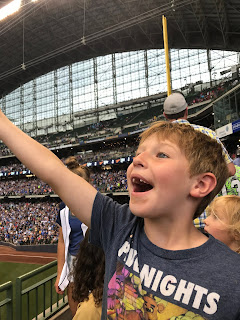 Harry put his rally cap on, but the Brewers lost anyway. 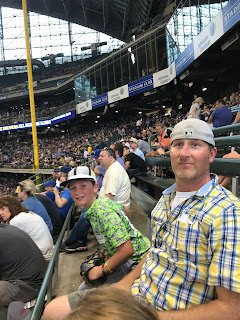 Jack didn't care-- he was in it for the long haul 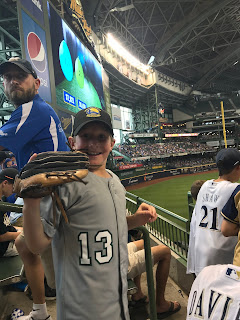 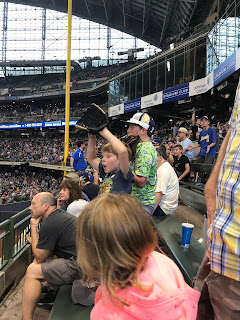 Dorothy LOVED the whole game!  Such a nice surprise! 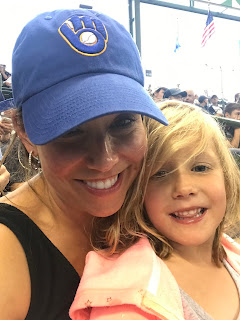 Cooper amused himself by drawing pictures of poop and sticking them on Ben's back. 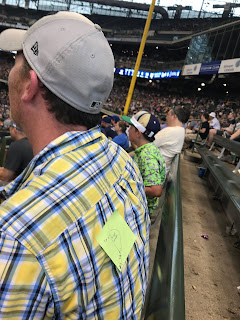 I didn't know Ben was taking a picture and look at my awesome posture!!!  Yoga every damn day!! 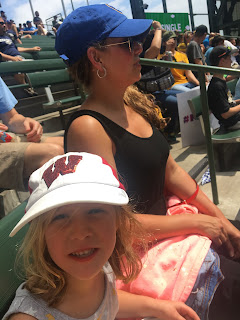 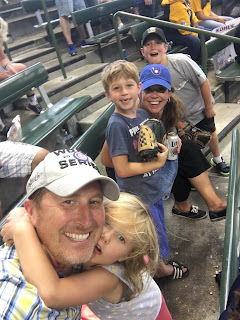